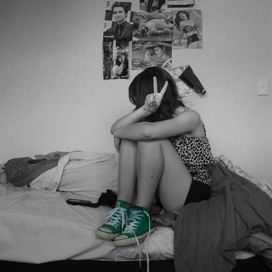 Back in her day

The secret Life of Mother Teresa

Her Causes and Methods

Mother Teresa was a very religious person and loved God. She believed that people everywhere should be treated equally. She devoted her life and with her faith in God she helped many people round the world . Because of her kindness towards others she received a Norwegian Nobel Peace Prize in 1979.

In 1946 Mother Teresa experienced what she defined as a "call within a call" also known as inspiration to leave the Loretto convent and decided to spend her time to care for the sick and the poor. She then moved into the slums. In 1950, she got permission from the Vatican to found the missionaries of charity, a group of Roman Catholic religious woman, spending their time to help the "poorest of the poor".

Her cause was to help people, no matter how poor they were, and wanted peace throughout.

Her Methods were that she taught people about God.

Because of her hard work and dedication to helping people, Mother Teresa received a Norwegian Peace Prize.
Get Directions

I think that Mother teresa was an amazing woman. She helped others more than she helped herself. Her time was devoted to looking after the poor. I also think that how she taught people about God was neat. Lastly I think that everyone Mother Teresa helped would've been very grateful.

Follow Erika MacGregor
Contact Erika MacGregor
Embed code is for website/blog and not email. To embed your newsletter in a Mass Notification System, click HERE to see how or reach out to support@smore.com
close