What Donald Driver has Done to Help the Community

Donald Driver help donating money to people in Mississippi, Texas, and Wisconsin for houses and scholarships. He also helps raising money for people with rough life's.

How Did The Donald Driver Foudation Help?

It helped pay for scholarships. The foundation helps donate money to people with a rough life. It also helps pay for houses for people that do not have safe houses.

He was born on February 2, 1975. He loves dancing, he won dancing with the stars. Christian, Christina, Charity and his wife Betina Driver. When Donald Driver was young he lived in the back of a u-hal truck. He plays for the Green Bay Packers and won Super Bowl XLV. 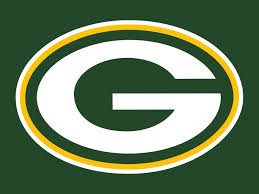 What I can do to help.

In fall I can rake leafs. In winter I could shovel my neighbors driveway. And in summer I could mow my neighbors lawn. I could just do stuff to help.

Follow andrew groeschel
Contact andrew groeschel
Embed code is for website/blog and not email. To embed your newsletter in a Mass Notification System, click HERE to see how or reach out to support@smore.com
close