Get email updates from Jessie: 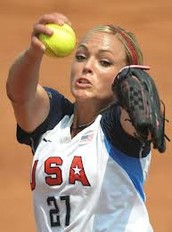 Jennie Lynn Finch-Daigle is a famous softball player, reporter, and actress. She was born on September 3, 1980 in La Mirada, California, she is still alive today. Finch began softball very young and has completed many achievements from playing softball.

In 2004 Finch spent her summer in Athens, Greece for the Summer Olympics. She struck out 13 batters in eight innings, while only giving up one hit,one walk, and no runs at all. The team dominated and ended up winning gold. Another great achievement Finch had was setting a new N.C.A.A record, for having 60 consecutive victories by a pitcher at the University of Arizona. Finch said “It’s significant and it’s its nice but it doesn't even come close to the team goal of winning a national championship.” 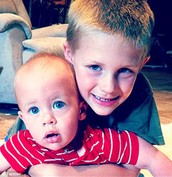 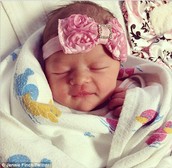 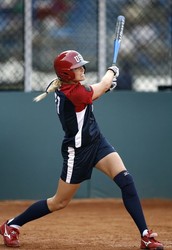 Jennie Finch’s achievements have been happening since the day she started playing for the 12-and-under all star team, all the way to now. She never stops impressing people. Today people know Jennie as the most recognizable softball player around. Jennie Finch said “Never limit yourself, never be satisfied, and smile- its free!