The purpose of dissecting the perch is to observe the placement of its organs and their relationships to each other.

A perch, Perca flavescens, is a bony fish with overlapping scales, gills, and paired fins. One adaptation a perch has is its lateral lines because it senses vibrations. A perch has a swim bladder, an ectotherm, and a two-chambered heart. Perch prefer clear, fertile water. Another adaptation is its ability to breathe in waters with low oxygen levels. Predators of Yellow Perch include larger fish, turtles, and bullfrogs. 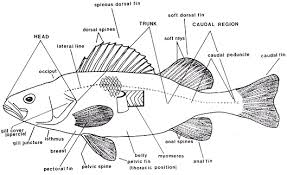 Place Perch on s dissecting tray. Locate head reagion. Examine eyes. Examine two flaps on either side of head. Locate the lateral line. Using the hand lens, look at the line and the surrounding area.

Using your thumb, lift up the edge of the operculum and raise it up as far as you can. Using your scissors, cut the operculum off as close to the eye as possible. You have exposed the gills. The gills are layered one on top of the other. Using your probe, carefully life each of these layers. 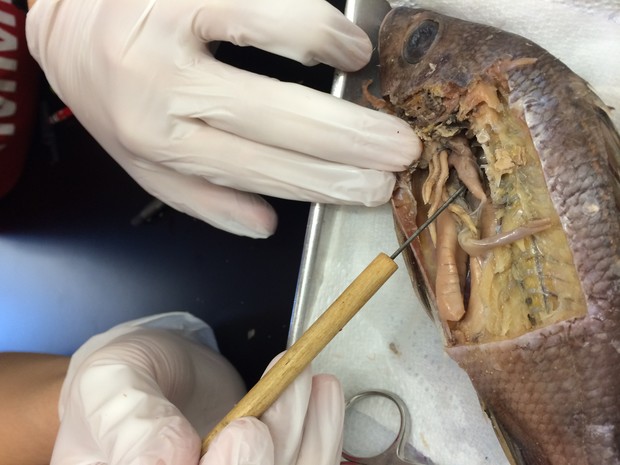 Place your thumb into the open cut area and lift up, seperating the bottom from the top. Using your scissors, cut upward near the anus and the operculum and form a flap of skin and muscle. Finish cutting along the lateral line and remove the flap of tissue. 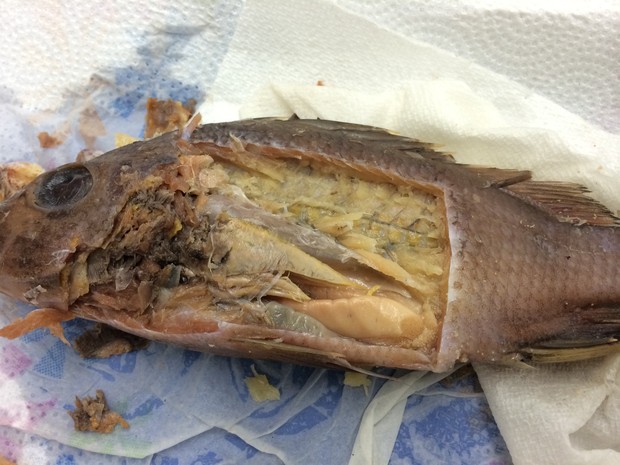 The circulatory system of a perch contains a heart that has one atrium and one ventricle. Deoxygenated blood is pumped through the heart to the gills. It is then oxygenated and sent back through the body of the fish. This makes up one single circuit of the blood flow: Blood pumped then Oxygenated then distributed throughout the bodythen returns to heart. Blood pumped from the heart in this type of circulation is purely deoxygenated.

The Yellow Perch is a long fish for its size, growing up to 15 inches long. A large one can weigh over four pounds, but they are usually much smaller. The Yellow Perch is found mostly in the United States and Canada. They live in shoreline areas along lakes and rivers because of the vegetation that is available to them. The ideal water temperature for a Perch to live is between 60-70 degrees Fahrenheit. Due to the Yellow Perch living in water and having different fins and gills, allows the fish to maintain it's blood pressure by constant movement in the water. If the fish was not able to maintain this pressure, it would not be able to survive with it's single looped system. They range in size from 6-10 inches and are typically less than 1 pound. In some cases, perches can live up to 13 years of age, and the largest perch ever caught was 4.5 pounds!! 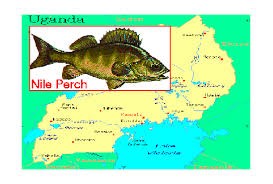 Follow Gianna Haskin
Contact Gianna Haskin
Embed code is for website/blog and not email. To embed your newsletter in a Mass Notification System, click HERE to see how or reach out to support@smore.com