Don't Tell Me what to Do!

Oppositional Defiant Disorder is a recurring pattern of bad behavior in teens and adolescents. ODD varies between 2-16% of American adolescents according to the Diagnostics and Statistics Manual of Mental Disorder Fourth Edition (DSM-IV). But about 30.2% of all adolescents and teens. 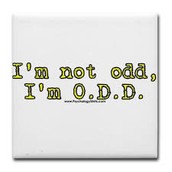 If you are ODD you are probably: 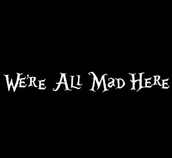 We're all ODD Sometimes, but why?

Scientists and therapists have been studying causes, but they don't know exactly what causes ODD. Like ADHD and ADD, ODD is possibly genetic, but it's also environmental. Meaning that your life at home and school could affect how ODD you are. Some contributing factors are:

If you are ODD there is a treatment. Scientists recommend therapy:

According to therapists PCIT is the most effective therapy to deal with ODD in adolescents. PCIT teaches the parent or guardian to respectfully solve issues and assert control. Respect is the key to a healthy parent-child relationship.

Medication can only do so much, like with most disorders. Meds are not a solution, they are simply a helpful tool to reach a solution.

In my personal opinion, Oppositional Defiant Disorder isn't a major issue, but it can affect your life. Though it doesn't become a problem during adulthood, if you contract it during your childhood it could lead to adult problems. ODD could cause issues with a boss or manager at work.