Wil is using Smore newsletters to spread the word online.

Get email updates from Wil:

A Day in my Digital Life

A Day in my Digital Life 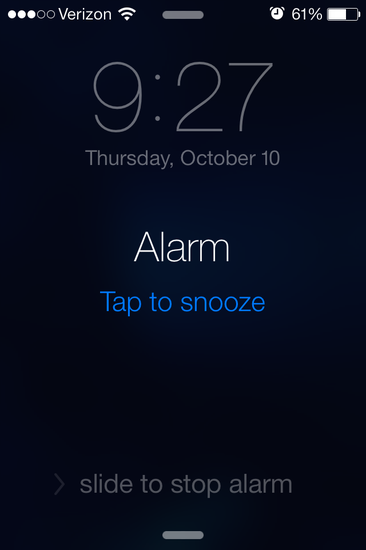 Right off the bat, I encounter technology In my day. My alarm clock blares its annoying tune every morning in order to tell me its time to start the day. I do not think that I could live without an alarm clock. The technology allows me to stay up late getting things done and not have to worry that I won't be able to wake up in the morning for school. Because I am normally the first one awake in my house, I would need to make sure I feel asleep very early in order to ensure I do not miss school. Even though I curse it every morning, I feel that using my alarm clock has been beneficial to my life, with very few drawbacks. 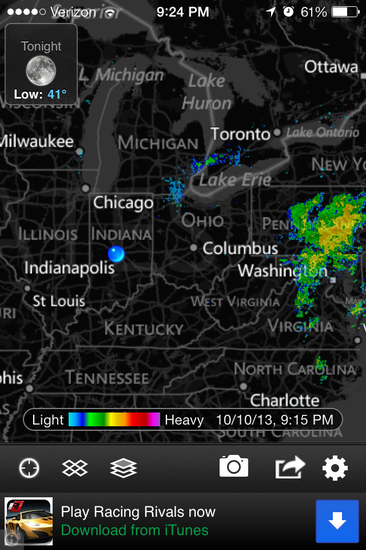 After wrestling with my alarm clock for a few min, I am able to roll out of bed and begin the rest of my morning. I proceed to ready myself for school and find something to eat. While eating my breakfast, I watch the news. Today, the main story seems to be the government shutdown. On most days I am not too interested in what they have to say, but it is good to stay informed and know what is going on the world. Before I get dresses, I check my phone's weather app to see the forecast. I decide that jeans and a sweatshirt will work well for today. Being able to use technology to stay informed is something I like to take advantage. In todays world it is easy to access any information needed with the click of a button. This power can be abused as soon as we start searching for things that are not impotent, and begin wasting large portions of our day. 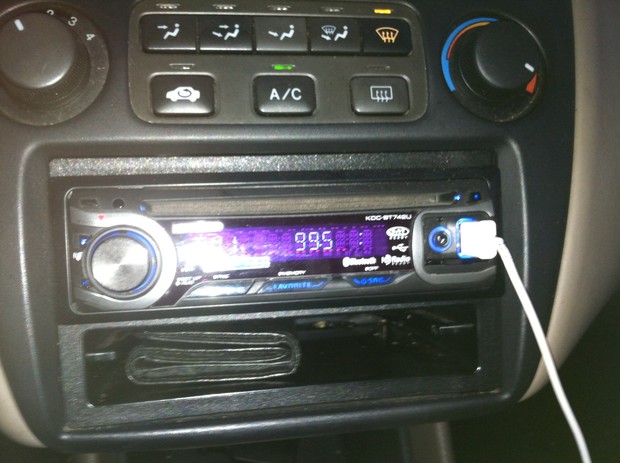 Ounce my back pack is filled, my brother and I head out the door. Almost immediately after entering my car, the radio is flicked on. Every morning we like to listen to 99.5, and this morning was no different. My brother and I talk about the soccer game last night for a little while, but most of the time is spent listening to our station. Not much else can be accomplished while I am driving, so I think it is okay to use technology to entertain ourselves. With out the radio, my brother and I would be able to talk more, but it is nice to be able to sit back and simply listen. 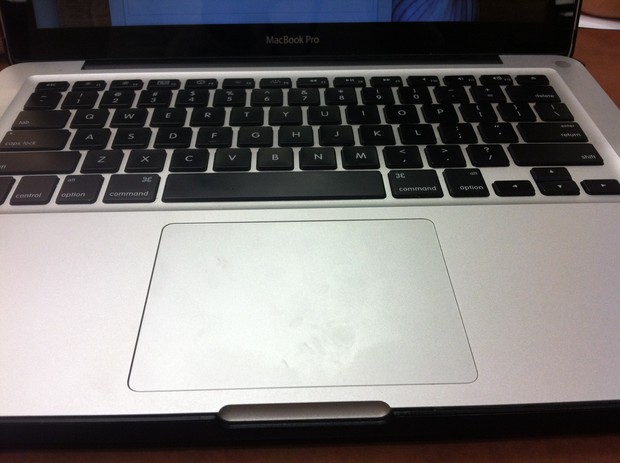 As I put the car into park, my bother hopes out to grab his bag. I continue to sit in the car and listen to the radio, because my class is right by the door. After I've heard enough, it's off to class. My first period class is study hall. Today I did not have any homework due today, and spent the entire class period playing games on my laptop. The period flew past. Despite this, there are far more productive things I could have been doing during that time. There was a calculus test today that I could have been studying for, and I had homework that is due at the end of week for physics. I know that video games are less than beneficial for myself, but I do not see myself giving them up any time soon. If I were to cut down on my time playing, more of my work would get done, but I think it is ok to use technology for entertainment as long as it does not consume a major portion of your day. 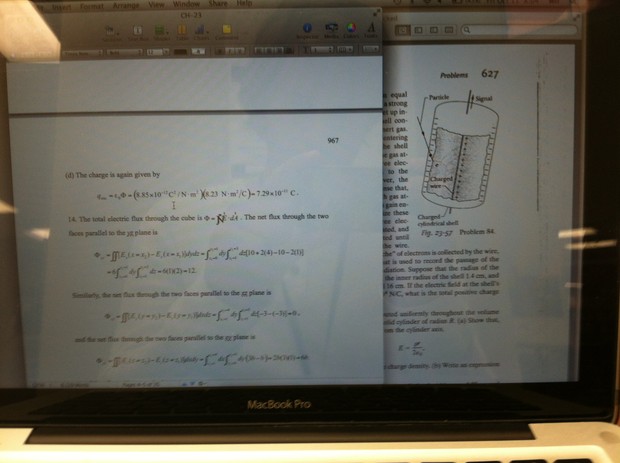 Throughout the rest of the day, I use my laptop to aid myself in studying. In physics, I am able to work on my homework, while checking each of my answers online. Next in web design, we use the computer to learn to create web pages. Finally in economics, we all take notes on our computers, which allows use to saves paper and time. Without technology in school, the day would be much tougher. It can be abused and allow kids to procrastinate on there work, but for most students it is used as a way to better there education. Being able to use technology allows access to resources we would not other be able to access, and help save paper and time by not using handouts. 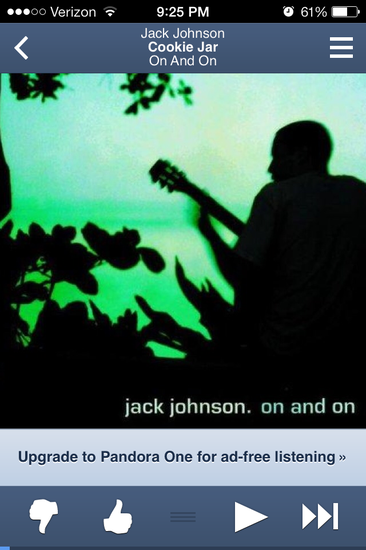 After school, I hurry to my car in order to beat the traffic. Before taking off, I plug my phone into the radio. While listening to music I drive over to the parking lot by the soccer fields. I am always one of the first ones there for practice, so lay the seat back and relax for a bit while listening to my music. After a long day it is nice to have time to myself. Having technology that allows me to listen to music really helps out a lot. I never really hear silence in my day, because whenever I have time to myself I like to play music. 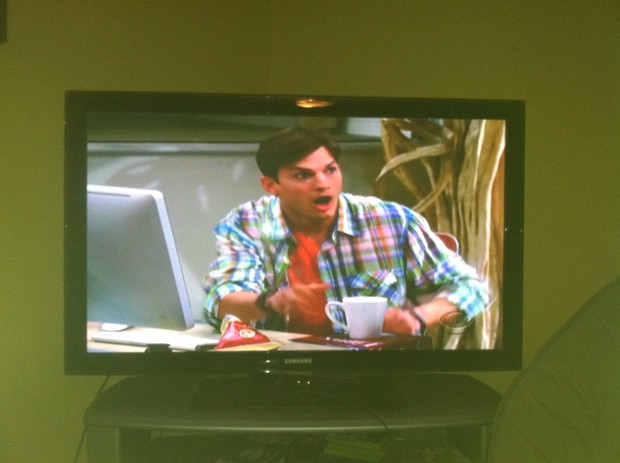 After practice, the ride home is again accompanied with music. Ounce home, I take my phone, key, and laptop in with me. I shower and get ready for dinner. While eating dinner, I like to watch TV. Today I watched South Park while eating hot dogs. Somedays my mom makes us eat at the table and have the TV off, but not too often. I see why she likes to do this. It is nice to be able to enjoy each others company instead of sitting in front of the TV. Despite this trade-off, I still like to relax and watch my favorite show after a tough day at practice. 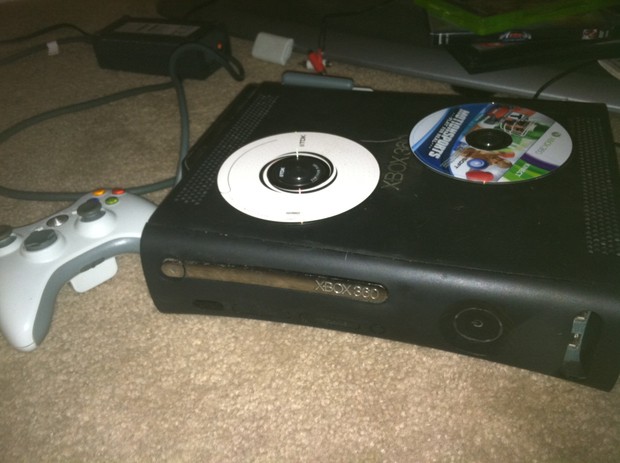 Later in the day, I have some down time, and decide to play some video games. After firing up the X-Box, I slide FIFA into the disc slot and make myself comfortable on the couch. I have found myself becoming obsessed with video games in the past, but I think I now have better control over myself. Even though nothing is produced or gained from playing games using technology, I still think it is a good thing in moderation. Without video games, I would find myself bored a lot more often. In the future, I will try to find more productive things to do with my time, but I'm sure I will always find a little time for video games in my life. 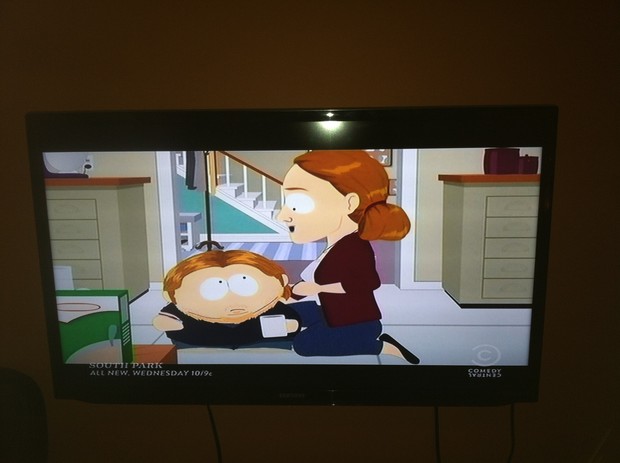 My day ends with me brushing my teeth and hoping in bed. Most nights even if I am not too tired I will turn the TV on in my room. Today Seinfeld was on and continued to watch until around 11:30. At this point I was past tired and would have others wise fallen asleep. for some reason I struggle with turning any show off. I always want to know how it will end. This normally results in me wasting more time than I should in front of the screen, when I should be sleeping or working on something more productive. 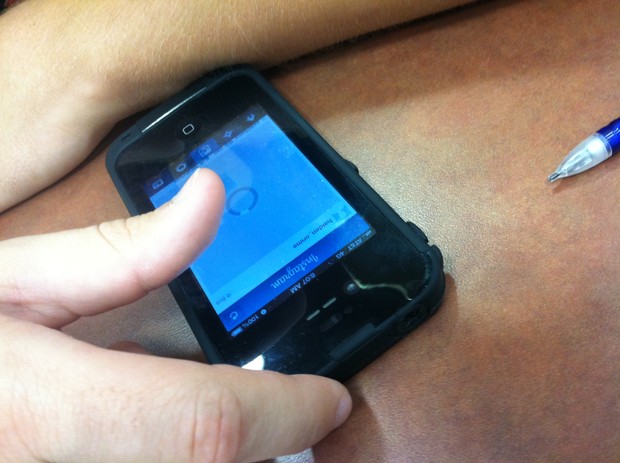 Ever since I was little, technology has played a major role in my life. I have always loved playing video games and watching TV. I use to spend a lot of time on Facebook and twitter, but like the kids in "Unfriending Facebook" I canceled my accounts a couple years back. Just like the article reported, I fell like I am spending more time face to face with my friends and actually out doing things. After listening to Mrs. Young's presentation, I see another benefit to spending less time online. I know am less fearful of future employers or colleges finding my "Digital DNA" on the web. For a while I was very much obsessed with a couple of video games. I would play for hours straight most days, and it wasn't until much later that I realized this was a problem. I have since given up the games that I was not able to control myself playing, and I have gained so much more free time. This has given a boost to my grades and also the time I am able to spend with my friends and family.

I do not think the internet or any other technology is necessarily bad. In the article "Is the Web Driving Us Mad" Tony Dokoupil say that the internet, "May be making us not just dumber or lonelier but more depressed and anxious, prone to obsessive-complusive and attention-deficit disorder, even outright psychotic." Even though most people are able to use their technology in a responsible way, the temptation is definitely out there, and it is leading to more and more problems in our society. It seems that if we continue to move in this direction we will someday spend all of our time in front of a screen. I would never be able to live entirely without technology. However, I feel much better about myself after learning to spend less time on the web, and plan on continuing to limit myself in the future.

Wil is using Smore newsletters to spread the word online.

Follow Wil Pirino
Contact Wil Pirino
Embed code is for website/blog and not email. To embed your newsletter in a Mass Notification System, click HERE to see how or reach out to support@smore.com
close