raven is using Smore newsletters to spread the word online.

Get email updates from raven: 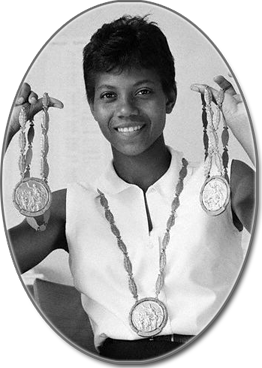 she had a disease called "Polio" it makes you crippled were you can no longer walk. Her mom did everything she could do so Wilma can walk again but they were poor. Four times a day she had to get her legs massaged and she went to therapy. June 23,1956 she went first Olympic she was sixteen and won a bronze in the 4x400 relay. May 15,1973 black Athletes Hall of fame Wilma was abducted into the Black Athletes Hall of Fame. August 10,2004 postage stamp the United States Postal service honored Wilma by putting my picture on a 23 cent stamp.

Is Wilma still the fastest women that ever lived? 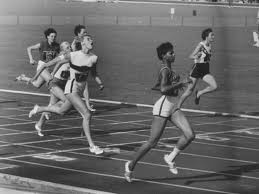 is she still the fastest lady alive?

no she isn't the fastest lady but she was at the time. she would win mostly of her track meet.It’s a good bet you’ll never run as fast as the woman in this story. She was known as the fastest woman runner in the world.
She was very proud of her career, proud of what she had accomplished and proud of what she had done for the African American. She is already down in history as a great, great athlete and I don’t think there are many around that have accomplished what she has accomplished. This community is very proud of her.

Wilma Rudolph, the fastest woman in the world and truly a Tennessee Treasure.

raven is using Smore newsletters to spread the word online.

Follow raven L
Contact raven L
Embed code is for website/blog and not email. To embed your newsletter in a Mass Notification System, click HERE to see how or reach out to support@smore.com
close