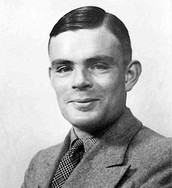 Alan Turing was born in Maida vale on the 23rd of June 1912 and died in the 7th of June 1954 in a place called Wilmslow, Cheshire that was a sad day as he was such a asset the English in in world war 2 he all he had done lots of jobs he was a computer scientist he was a mathematics teacher and he all so done biology.

How did the english benefit alan turings skills 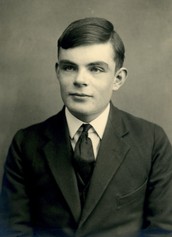