The book Where the Red Fern Grows by Wilson Rawls is about a boy named Billy. Billy lives in the Ozark Mountains and desperately wants a pair of coon hunting dogs, but his family was very poor and could not afford to buy them. So Billy works for a long time to collect enough money for the dogs. When Billy gets the dogs he decides to name the girl Little Ann and the boy Old Dan. Billy and his dogs face many tough challenges and earn the title of the best coon hunters in the state. But while hunting one day Billy and his dogs come across a mountain lion that wounds Old Dan severely. After being wounded Old Dan dies and Little Ann becomes depressed and also dies. Billy's family makes enough money to move to the city but Billy remains very sad until he saw something. In between Old Dan and Little Ann's graves grew a red fern which according to an Indian Legend can only be planted by an angel. This makes Billy very happy and he finally accepts the deaths of his dogs.

Where the Red Fern Grows is a heart felt book that is very emotional. If you enjoy reading books with deeper meaning than what meets the eye then I recommend this book to you.

At the beginning of the book Where the Red Fern Grows Billy wants a pair of coon hunting dogs but he can't afford them so he sold rabbit skin for money, picked berries for his grandfather's store and did many other things to make the money for his dogs. After two years of working Billy finally earns enough money. This is a very important part because it shows how much Billy wanted these dogs.

This picture shows Billy working for his grandfather 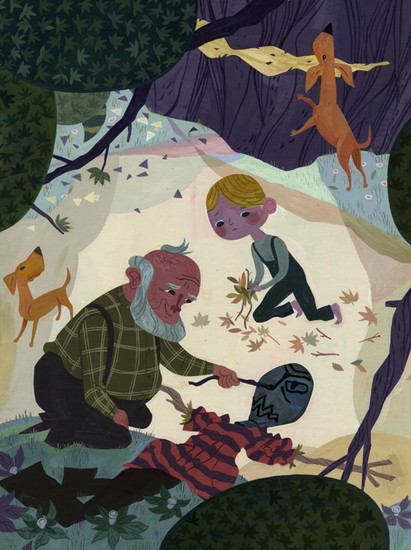 After Billy gets the money for his dogs he sneaks off to town in the middle of the night to go get them. Billy walked 20 miles to town with no shows on to get these dogs. On the way he got picked on by many kids but he got through it. This is very special because Billy risked his life to get these dogs

This picture shows Billy walking with his dogs. 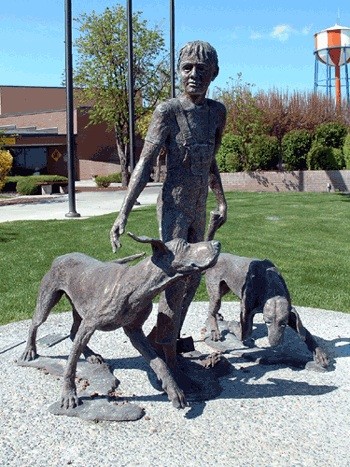 Billy naming his dogs is a very important part of this book because the names mean more than what the reader thinks. Billy names the girl Little Ann because she was very smart and he names the boy Old Dan because he was very brave. So together these dogs were separable.

This is a picture of Old Dan and Little Ann 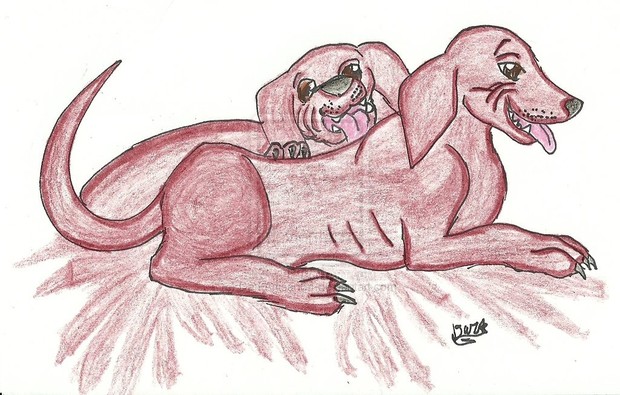 Billy Cuts down the Tree

Billy cutting down the tree is very significant because it means more than what it appears to be. Billy promised his dogs that if they treed a raccoon that he would do the rest. So he keeps his promise to his dogs and chops down a tree taking him days to do.

This is a picture of a tree falling because Billy cut down a tree in the book. 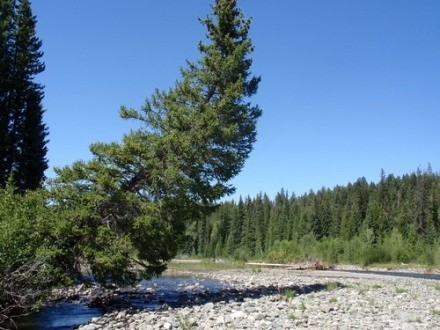 Billy makes a bet with the Prichard boys that he and his dogs could kill the legendary ghost coon that has never even been treed. After hunting for a while Billy and his dogs finally tree the coon but Billy sees how the coon always gets away. After seeing how hopeless the coon looks Billy decides not to kill the raccoon. This shows that Billy is very selfless.

This is a picture of a treed raccoon. 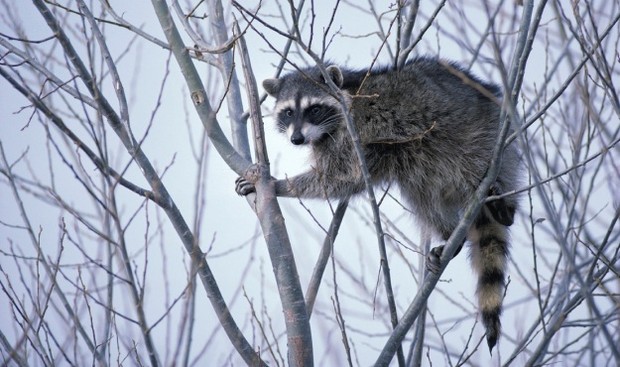 After being attacked by a mountain lion Old Dan gets wounded and dies causing Little Ann to become depressed and not want to live anymore. Shortly after Dan dies Ann dies also making Billy very sad. Right before Billy moves to town he visits his dogs grave one last time and there is a red fern planted in between their grave sites. According to an Indian ritual a red fern can only be planted by an angel. This makes Billy feel much better.

This is a picture of the dogs grave. 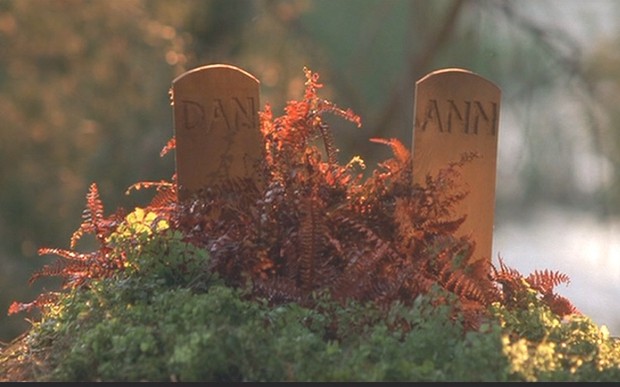