Get email updates from Janell: 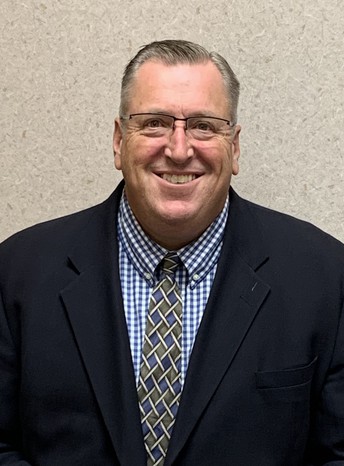 He will be working part-time in Battle Lake and plans to be in the District two days a week. Being this is a shared Superintendent position, he plans to work at Norman County East Schools on Mondays and Wednesdays as well as some Fridays.

Mr. Nudell has worked in elementary education for 30 years, 7 years as Elementary Principal, 12 years as High School Principal, and 6 as a Superintendent.

When asked what he is most excited about when it comes to working at Battle Lake School, Mr. Nudell shared, "Getting to know the kids and staff on a personal level. The school has been very warm and welcoming" 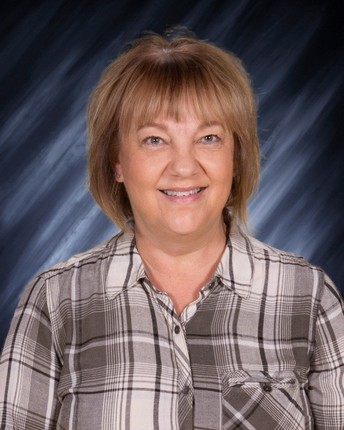 Please join us in congratulating Mrs. Schaller for receiving the honor of Teacher of the Year. Check out this video to learn more about her! 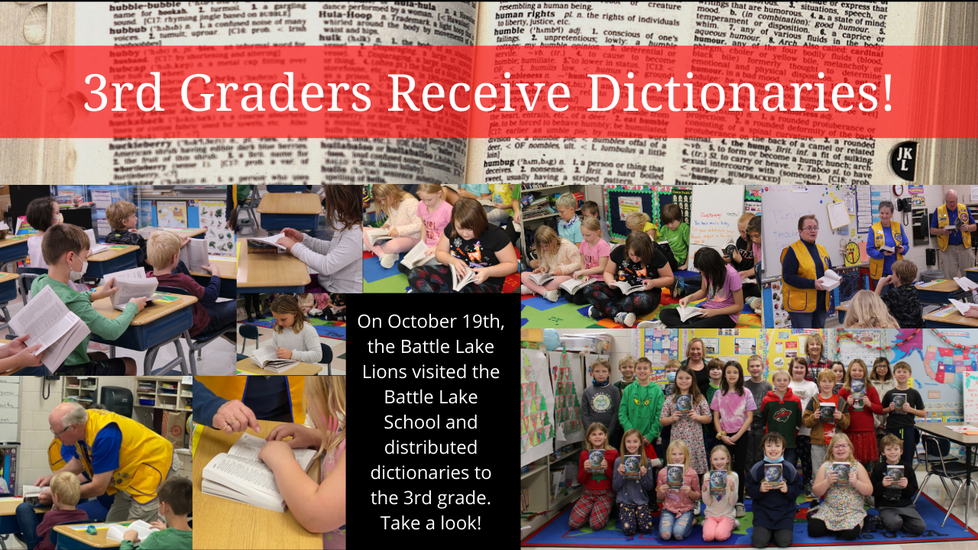 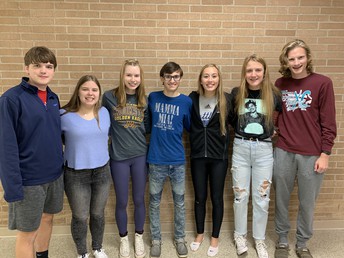 On October 15, the senior members of the Battle Lake School Minnesota Honor Society cleaned road ditches in the community. On October 27, they packed bags at the local food shelf. Take a look at the MHS members doing good things in our community! 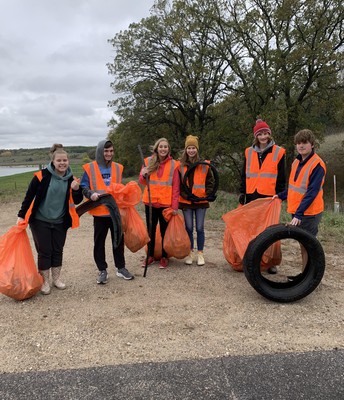 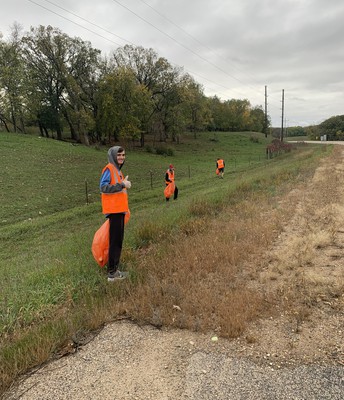 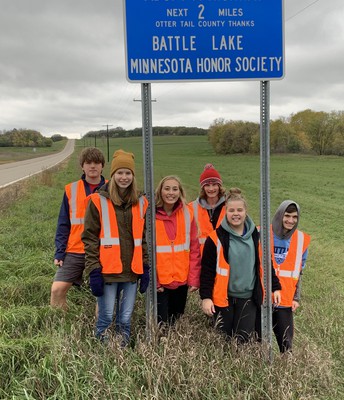 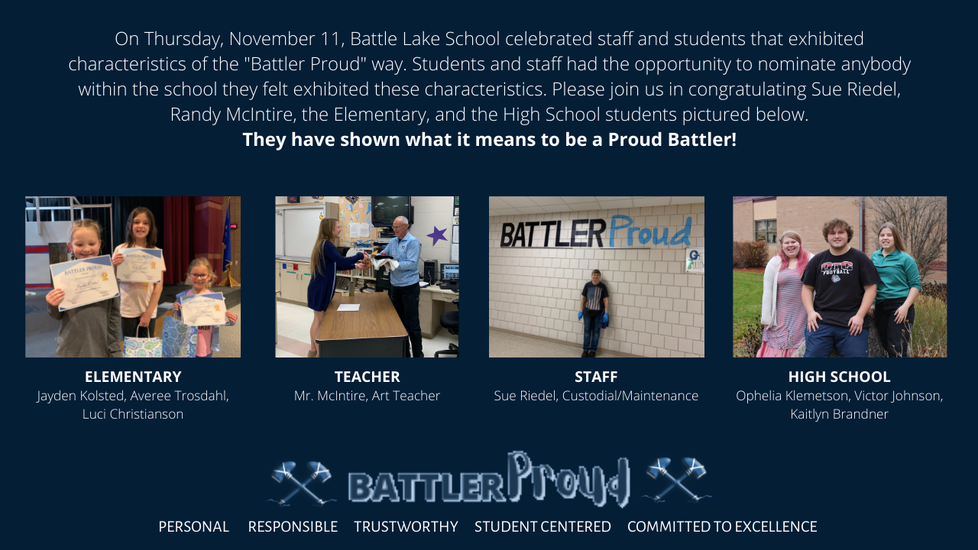 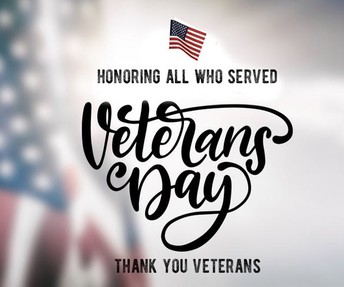 Veterans Day to most people is remembering the sacrifice that many men and women have made for our country. It's about remembering the ones we lost but also about giving acknowledgment where it’s due to the men and women who served that are retired, and also to the soldiers who are still fighting for the United States as we speak. On this day, we thank you veterans and soldiers.

Some Facts About Veterans Day
Veterans Day is celebrated on November 11 at 11 a.m. That date (November 11) and time (11 a.m.) in the year 1918 – the eleventh hour of the eleventh day of the eleventh month – marked the signing by the Allied and German governments of the Armistice agreement that ended World War I, a terrible and costly war that ravaged Europe for four years.

This year, Battle Lake School once again, celebrated Veterans Day by holding a program at the school. Take a look at some photos from that event! 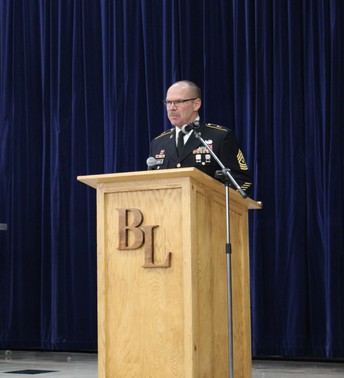 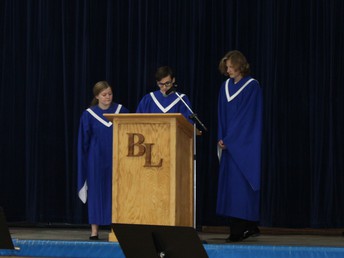 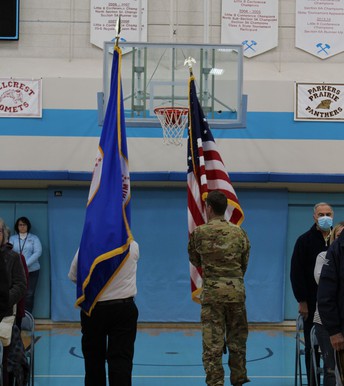 Presenting of the Colors

Boys & girls basketball and wrestling have begun! Multiple games & matches have taken place, so make sure to check out the Activities Calendar, by clicking on the link below, to cheer on our athletes. 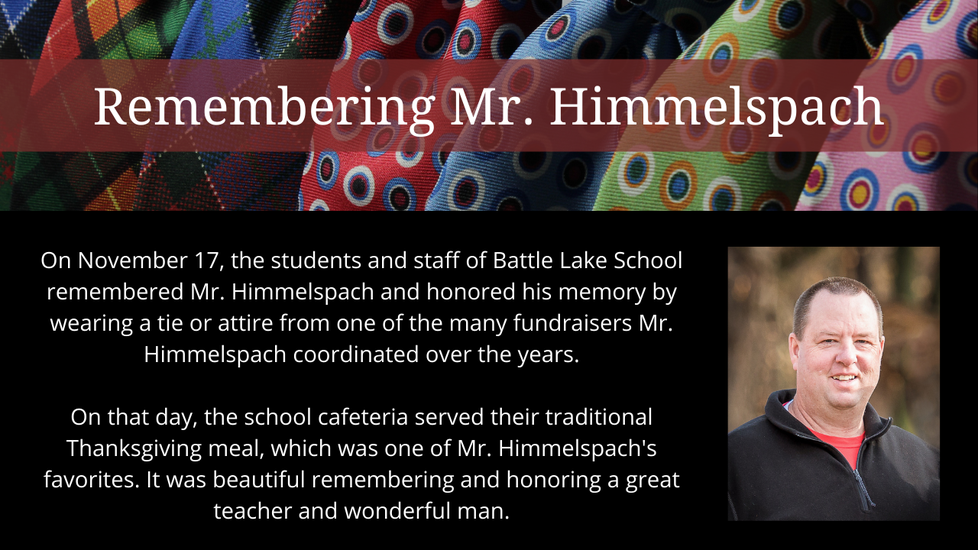 On November 23, Missy Hermes from the OTC Museum presented her Native American Program to the Battle Lake School 3rd graders. Upon completion of her presentation, she shared with the students many items & artifacts from the Native American history. The following week, Sean Scott visited the same group of students and taught them how to make clay pinch pots, which wrapped up their Native American unit. Take a look at some of the amazing things the 3rd graders were able to learn about and see! 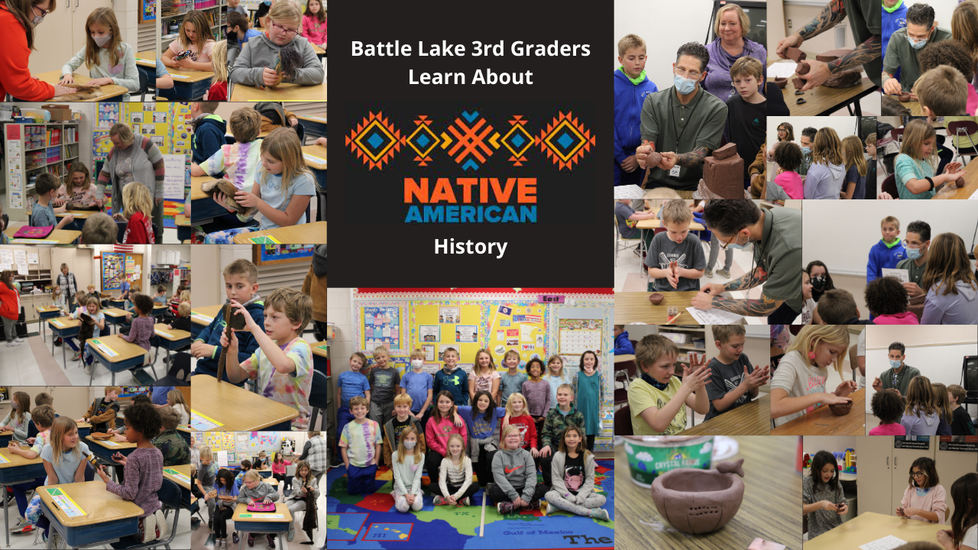 Staff had some fun "pranking" other staff members leading up to Thanksgiving break. Check out some of the shenanigans that took place! 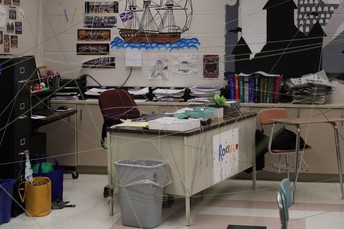 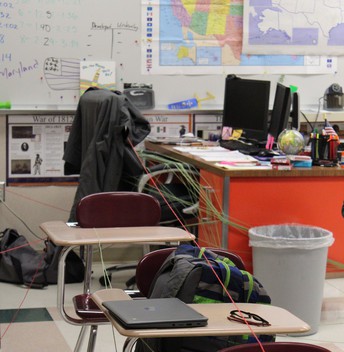 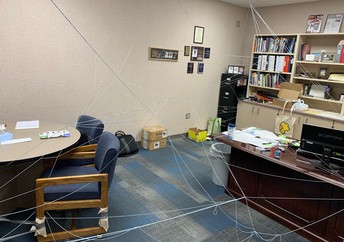 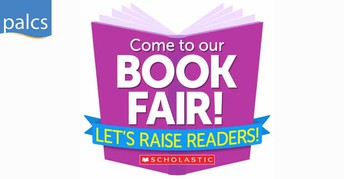 For a preview of the Book Fair or to shop online, CLICK HERE! 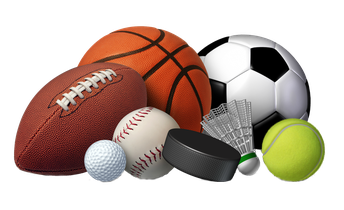 Click on a link below to get the athletic schedule for that week. 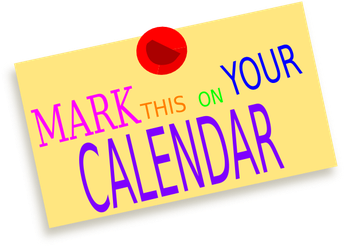 Catch up on school updates - download the BL Schools' app today! With the app, you can access sports scores, cafeteria menus, news updates and even emergency notifications. Download the app on Android: http://bit.ly/2noE8Ec or iPhone: https://apple.co/30W2O4A. 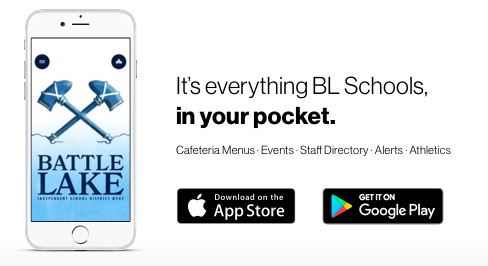 Follow Janell Kraemer
Contact Janell Kraemer
Embed code is for website/blog and not email. To embed your newsletter in a Mass Notification System, click HERE to see how or reach out to support@smore.com
close