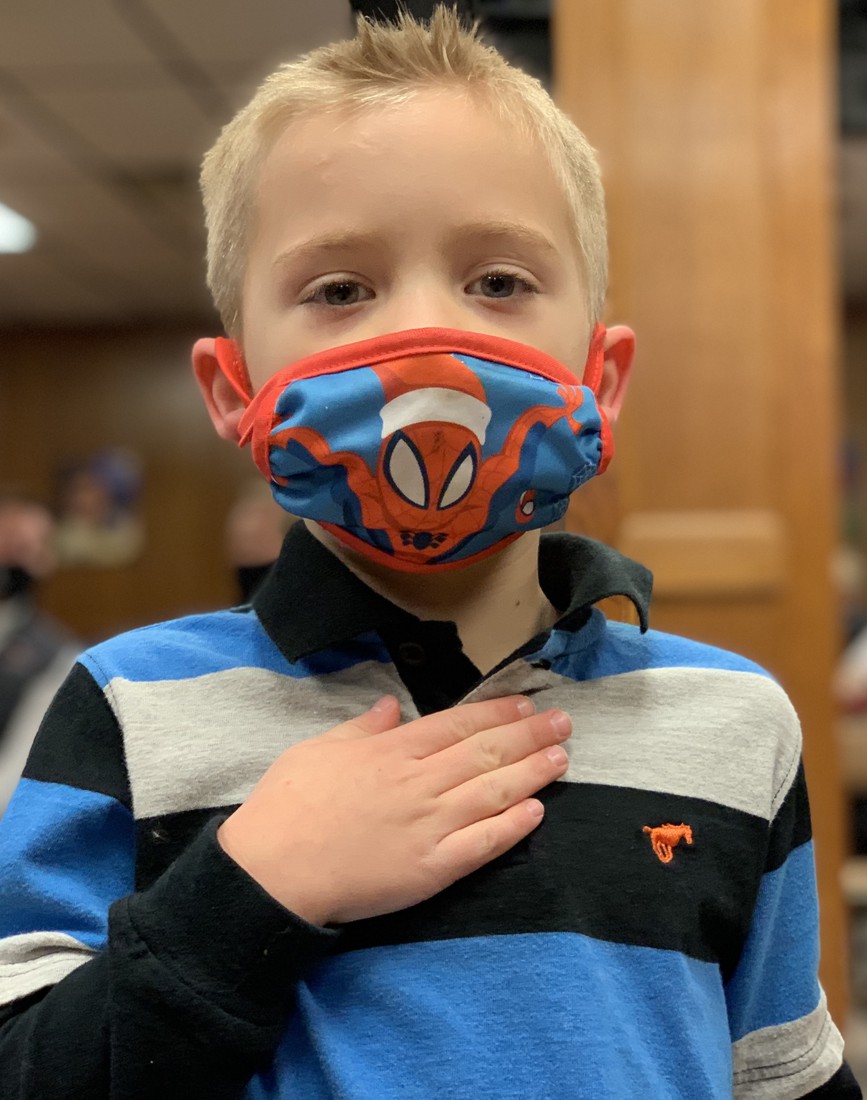 Gunner Roberts, a kindergarten student at Shawnee Early Childhood Center, led the flag salute at the beginning of the board meeting. 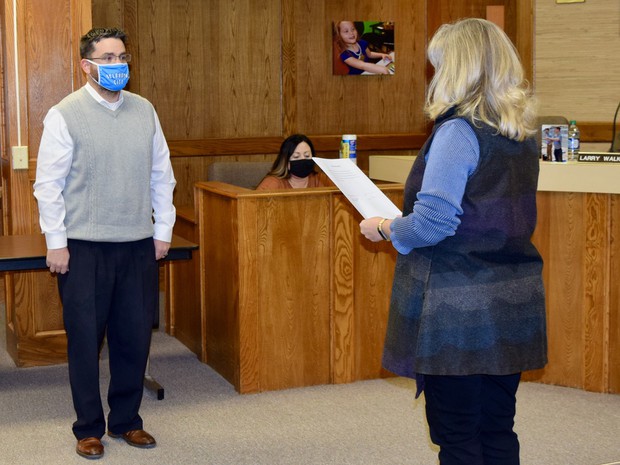 Harden Takes Oath of Office During School Board Recognition Month

Clif Harden (left) was sworn in as the newest board member by Board Clerk April Stobbe. Harden will now represent Office 5, the board seat once held by the late Mark Betterton.

During her board report, Dr. April Grace congratulated the SHS varsity boys and girls basketball teams for finishing first and third, respectively, in the East Central Oklahoma Classic Tournament. She also congratulated the SHS girls and boys swim teams for finishing first and second, respectively, in the Casady McGuinness swim meet last week. Grace praised the SMS STEM class for building and donating a playhouse to a local family, and she commended teachers throughout the district who are finding innovative ways to make school fun and engaging.

First Vice President Larry Walker mentioned Shawnee students had been recognized in local newspapers for winning numerous awards recently, and he thanked Dr. April Grace for an editorial column she had written for a local newspaper in December.

Board Clerk April Stobbe announced that plans were underway for the annual Project Graduation, an event for SHS graduates sponsored by local businesses and community members. Stobbe said anyone wanting to help with sponsoring the event may contact her.