My Enlightening Recounts Working with a Diverse Cast!

My Enlightening Recounts Working with a Diverse Cast!

French, Spanish, American You Name It!

Wow! How opportunistic it has been to converse and get to know my cast while we perform at this corral in Mexico City. I have learned so much about the different stylings and customs of theater in different cultures from that of my own home country, England. We have our differences and our similarities, but in the end we all made a connection and were able to share the same stage!

France- they can sing, act and dance!

Interestingly enough, while talking to my French co-workers, I've learned that they have a style of performing that is very similar to the masques that I have always known. They call their version "ballet de cour" and it brings together dramatic storytelling, music, dance, and spectacle! They also told me that their pays tend to focus on the middle-class, which I'm sure is helpful in getting as much of their audience as possible to relate. The issues and subjects center on money and sex in comedies, but in tragedies, are more concerned with classical and biblical topics. I had previously heard hoots and hollers around England about some group of poets in France who called themselves the Pleiade, but the French actors I met and got to work on stage with told me all about them. These guys actually changed grammar by making new rules and invented words! Language is flexible for the theatrical French I suppose! Ha Ha! Below is a picture of Pierre de Ronsard, the leader of the Pleiade. 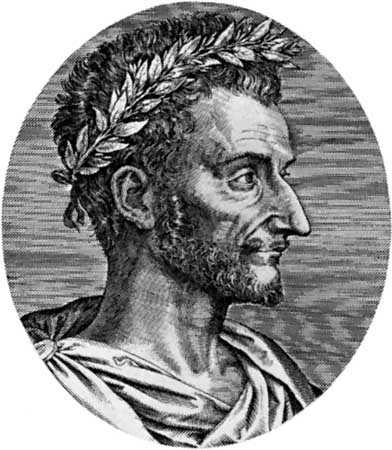 Spain has got *drama* of its own!

Madrid is apparently the theatrical center of Spain. Looks like that's where I'm headed if I ever get the chance to work there for a play! According to the actors there who really know their history, all the way back in 1508, the first Spanish university was established. I'm sure it was no Oxford, but my co-workers did explain how it ended up encouraging drama and performances in education. Good stuff! I have inserted an image of the Univerity of Salamanca below. You know what else? The costumes these guys have been showing me are all very contemporary except in special cases. Not so different from the English style! One friend told me how careful he has to be in making sure all of his actions and all of his roles followed the teachings of the church because, if he stays in the clear, he can be married one day and will receive a proper burial.

Most of the people I am getting to act with and get to know better at native to the Americas. They have been telling me all about their cultures and customs that they had before the Spanish conquistadors took over and their traditions were overridden by foreign greed. It was actually just in this century, though that anyone who isn't indigenous to the western hemisphere has known anything of their entertainment culture because no records had previously been made. By know, though, as they have explained to me, Christian influences have completely altered their performance styles and purposes. When I asked them about what kinds of performances take place ordinarily now in the post-Columbus times, they conversed with me about firers who write autos using native elements to Christianize as many native people as possible. The actors are usually new converts. Very recently, they have been telling me, the first play was written my a native-born dramatist. This was 1574, and the first appearance of a professional actor of the Americas occurred then as well! Below is an example of what Spanish invasion looked like for people of the Americas... preservation of their theatrical culture was not a priority as you can see! 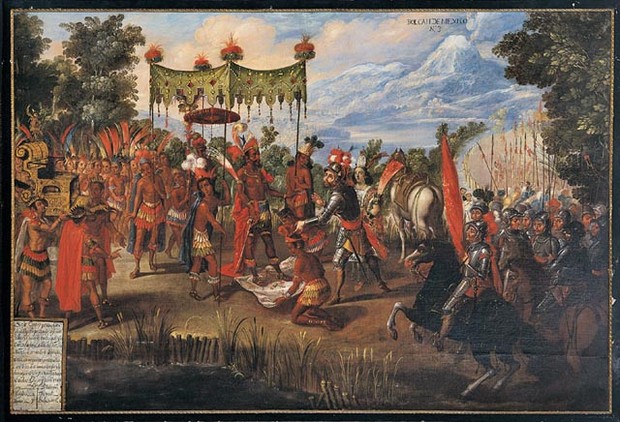