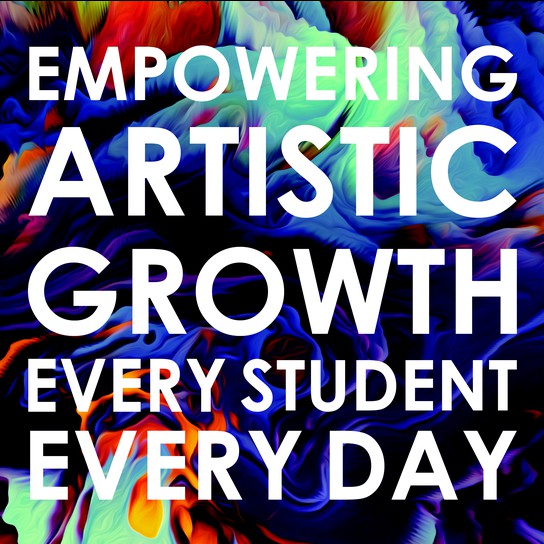 Get email updates from DISD:

Congratulations to the Denton ISD MS UIL One Act Play Companies for their wonderful performances at the District UIL Contest on February 5-6, 2021 at Braswell HS. Every company produced an outstanding show. Teamwork and perseverance were the key words this season, as each school successfully mounted a production in the midst of a pandemic. Special thanks to Braswell HS Theatre Directors Michelle Greene, Ben Parker, and Clay VanWinkle and Ryan HS Theatre Directors Jeannene Abney and Scott Thompson for their collaboration in hosting this district-wide event.

Awarded 3rd Place and Best Technical Crew was Rodriguez MS (pictured below with Principal Carly Rogers) for their production of “The Book of Everything” under the direction of Kristen Ray and Annie Norrell. Significant about this award is this is the first time Rodriguez MS, which opened in 2018, has placed in a UIL One Act Play contest. Awarded one of two best performer awards of the day was Kodi Davis in the role of Thomas. We are so proud of their work and the growth of this department! 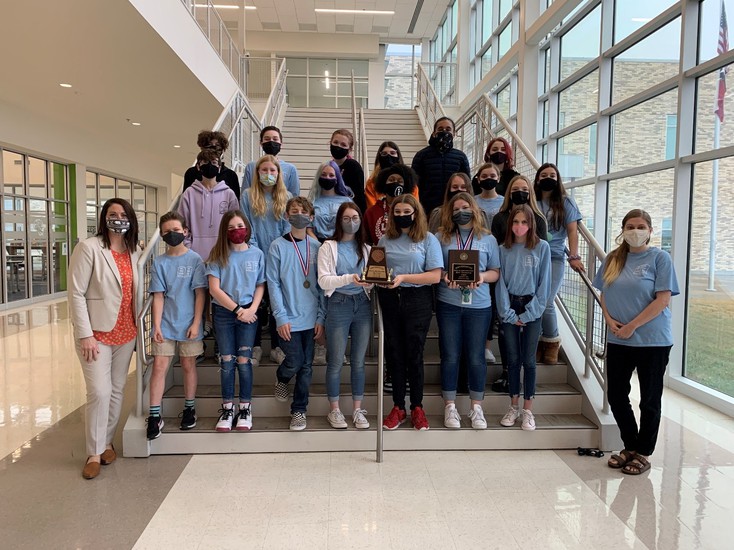 Awarded 2nd Place was the Navo MS production of Sarah Ruhl’s “Eurydice” (pictured below with Principal Dr. Beth Kelly and Associate Principal Toni Goodman) under the direction of Jami Sauls and Carrie Stephens. This creative and heartfelt production was expertly staged and we are very proud of the work of this company! 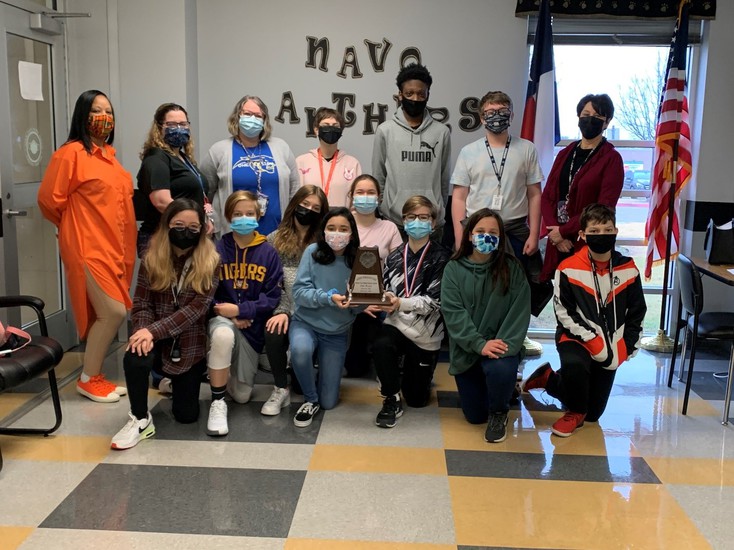 Awarded 1st Place was the Harpool MS production of “The Front” (pictured below with Principal Jeff Smith) under the direction of Amanda Hirsch and Heather Alverson. Awarded one of two best performer awards was Kierra Strauss in the role of Judith. This moving production exploring history, set during the Blitz in 1940’s England, explored the timely theme of perseverance. We were thrilled by their excellent work! 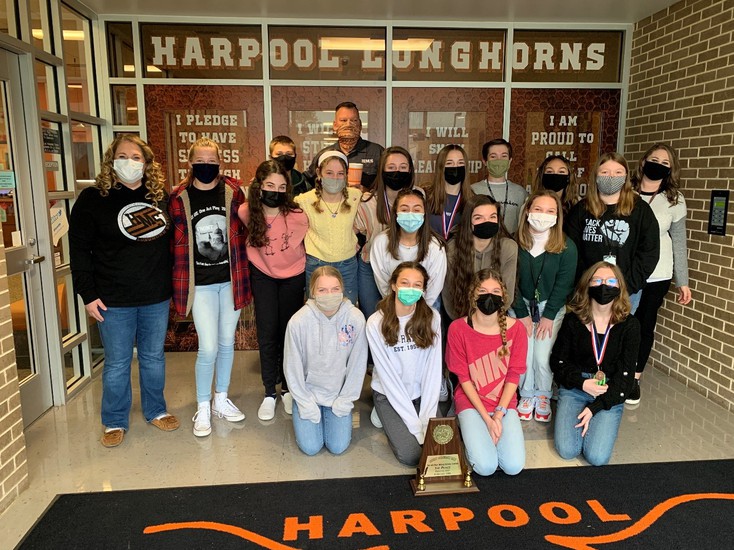 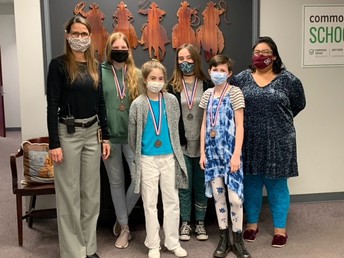 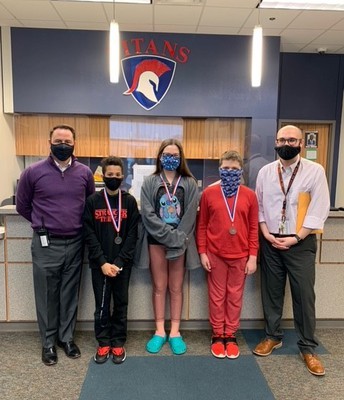 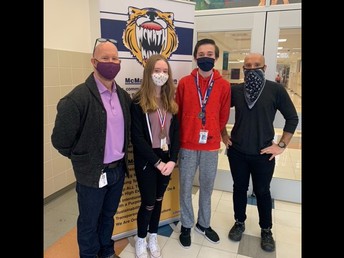 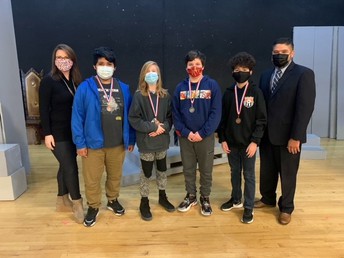 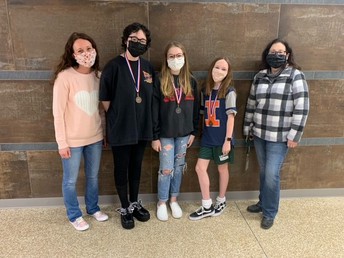 Special thanks to our expert adjudicator, Missey Head. Mrs. Head, who recently retired after 36 years in theatre education, served as the Assistant Fine Arts Director for Lewisville ISD for 8 years. For 28 years she taught in the Odessa, Victoria, Vanderbilt, and Carrollton school districts. She had the privilege of appearing at the state meet on 12 occasions placing 1st in 2011, 2nd place in 2003, 2004, 2006, 2007, and 2010, and 3rd place in 2012. Mrs. Head coached the National Forensics Dramatic Interpretation Champion in 2005, 2002, and the 1st, 2nd, and 3rd place Texas Forensic Dramatic Interpretation State Champions in 2005. Mrs. Head is currently serving as the Past-President for the Texas Educational Theatre Association and is a past member of the UIL Theatre Advisory Committee for 34 years serving as the chair and past chair. Mrs. Head continues to believe that with appropriate guidance, students can be motivated to succeed and excel.

Congratulations to all of our incredible Middle School Theatre Company members and directors. Thank you, Principals, for supporting theatre and fine arts in Denton ISD.

Click on the links below for sample HS schedules to see how Fine Arts courses fit along with advanced courses, ATC, and athletics. 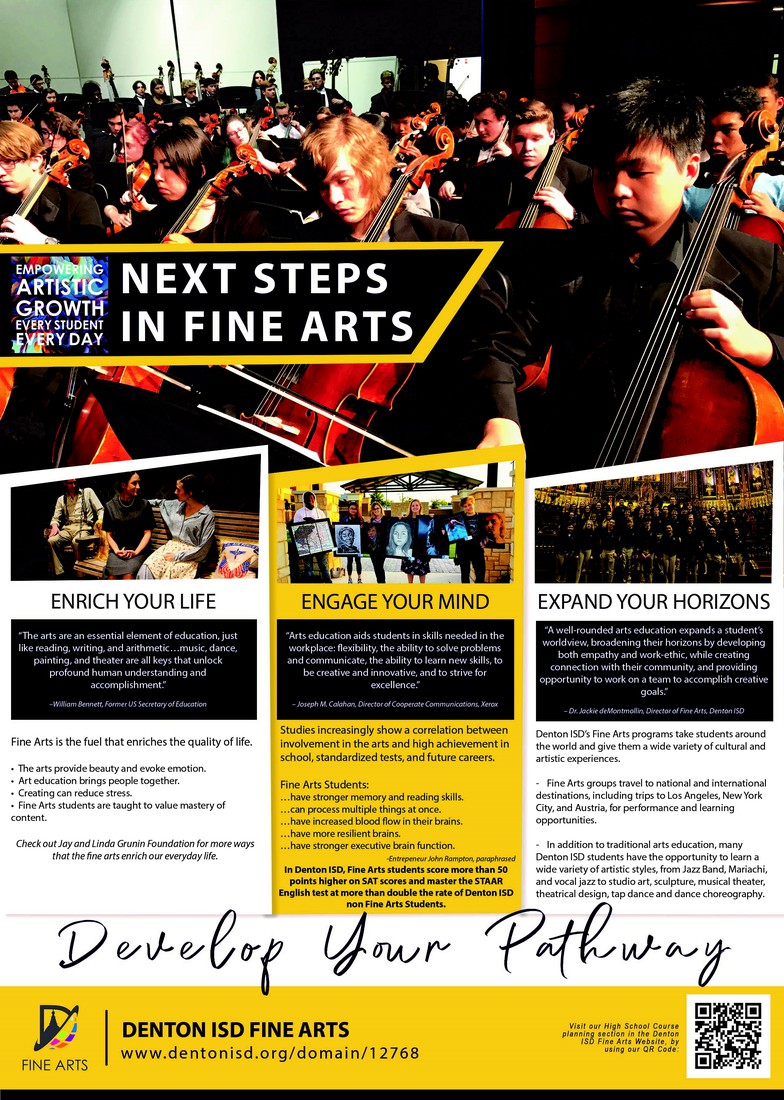 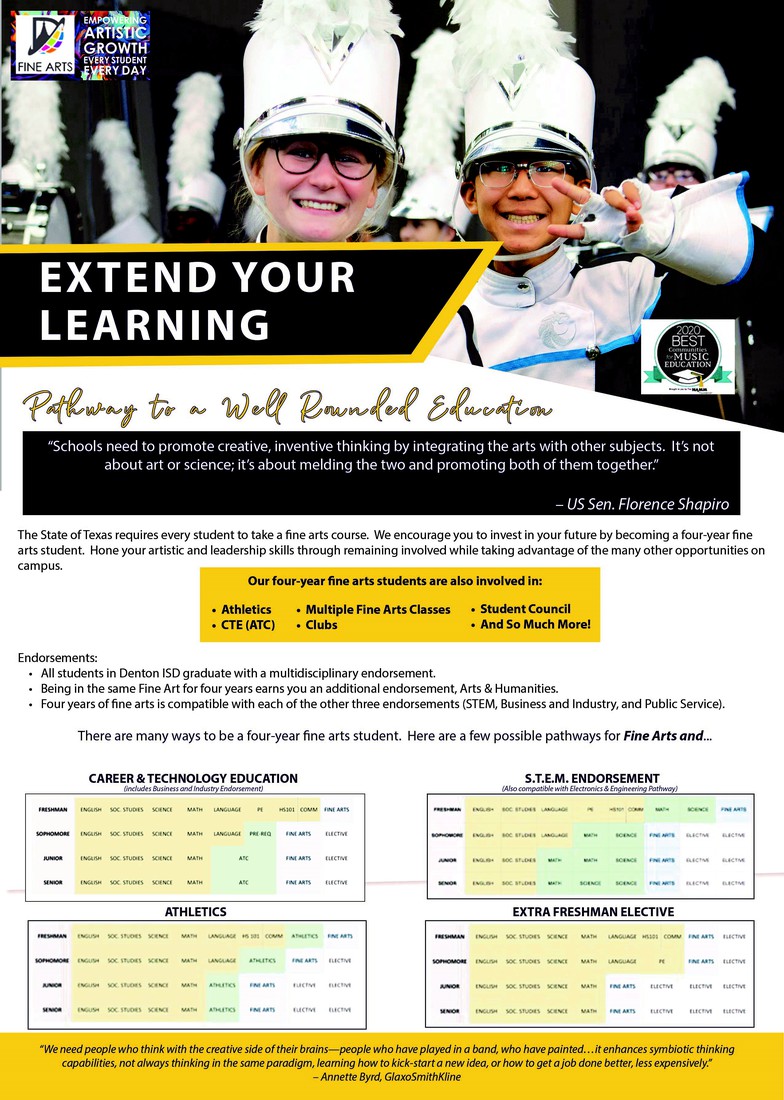 Guyer High School Theatre will present The Phantom of the Opera at GHS on Feb. 25, 26, 27 at 7:30pm; Feb. 28 at 2:30pm; and March 1 at 7:30pm. Seating will be extremely limited and also socially distanced. Masks must be worn by all attendees. There will be no streaming online for this event. Tickets are available at https://buy.ticketstothecity.com/venue.php?org_id=548. 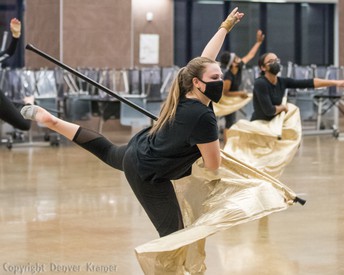 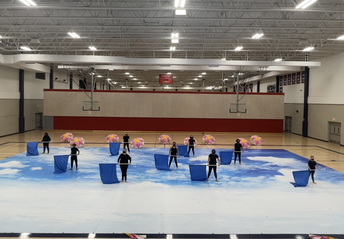 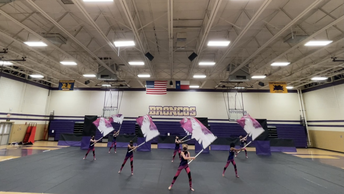 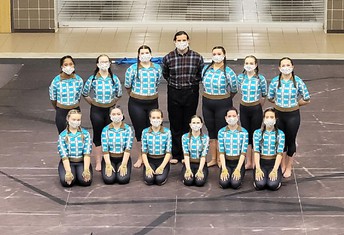 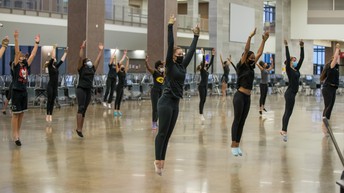 Braswell HS has two winter guard units, JV and Varsity, directed by Emily Strother. Both groups will be debuting virtually in the Winter Guard International Group Competitive division on Feb 27, and participate in three more virtual contests on March 6, 20, and 27. The JV show, “Going in Circles” explores all the twists, turns, ups, and downs of relationships. JV will be competing in the Regional A division. The BHS Varsity production is “Brother of Mine”. Through their soundtrack and set, they take the audience through the memory of a campsite with friends or loved ones. The Varsity will be competing in the Scholastic A division.

The Denton HS Winter Guard will be competing virtually this spring with the North Texas Color Guard Association in the Scholastic A division on Feb 20, Feb 27, March 13, and March 27. The team is under the direction of Devin Guillotte. Their 2021 production is titled "Flutter" and explores the idea of butterflies flying in the garden.

The Ryan HS Color Guard is very excited to be competing in Winter Guard for the first time since 2011. The Ryan Winter Guard will be competing virtually this spring with the North Texas Color Guard Association in the Regional A division. Their production is titled "The Sun Will Shine Again" and is about finding hope on a rainy day. Ryan Guard Director, Devin Guillotte, says, "The soundtrack to the show is so powerful and meaningful to the students that you can catch them singing it before, during, and after rehearsals."

If you have DISD Fine Arts news, events, or celebrations you would like to see published in our newsletter, click this link: SPREAD THE NEWS. 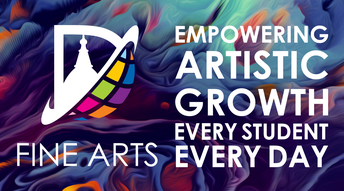 Follow DISD Fine Arts
Contact DISD Fine Arts
Embed code is for website/blog and not email. To embed your newsletter in a Mass Notification System, click HERE to see how or reach out to support@smore.com
close