Kit is using Smore newsletters to spread the word online.

Get email updates from Kit:

All you need to know!

All you need to know!

Judo is the only martial arts on the Paralympics. Judo was developed off of jujitsu and was later established in the later 19th century by a Dr. Jigoro Kano. It involves a mix of attack and defence. Paralympic Judo is for the visually impaired and the rules are only slightly different from the original Judo. 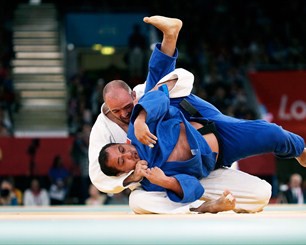 The two contestants gain points for armlocks, holds and throws. A contest lasts for five minutes. If after five minutes their is a tie they will enter a gold round ( A sort of fire round ) where the first person to get a point wins, if after that and they still have not got a winner they leave it to a panel of judges to vote.

Kit is using Smore newsletters to spread the word online.