A Developer’s Diary by Ron Grimes

A Developer’s Diary by Ron Grimes

Over the past dozen years, Sinclair's journey through the world of web applications has taken a few evolutionary steps, most of which were forced upon us by unforeseen events, as diverse as 3rd party tools being end-of-life'd, new standards and regulations, better frameworks emerging, and new browser releases introducing compatibility issues.

During this same period, web applications have been seen increasingly, by predators, as the gateway to attack corporations and their customers' identity and assets. This, in turn, has forced the web application developer to tighten the security and sophistication of those corporate services that are exposed to the world.

To further complicate the situation, it quickly became unsatisfactory for a web application to consist of a simple, plain looking form that accommodated CRUD operations. The user quickly began to expect web applications to look and perform as elegantly as their desktop or client-server counterparts. In fact, in some respects, it had to have an even greater level of sophistication, providing a cohesive and coherent integration of data, taken from disparate systems, and presenting it as a single, seamless interface known as the modern dashboard application.

As each year progressed, new demands were created for the web application developer. Because the requirements grew over time, the demands of the position crept in upon us, creating more and more expectations upon both our professional and personal time. Had the modern day requirements of a web application been present from day one, it would have been easier to justify the size of staff that was needed in the days of client-server development. But, since web applications evolved in complexity over a period of several years, it was just expected that the developer would pick up these additional skills. And soon, we were all wearing six or seven hats. Be a front-end UX and UI expert! Be a middleware expert! Be a database expert, taking tables designed for old school procedural programs and make them work in an object-oriented world! Try to develop a bit of graphic artist skill! Can't you learn Photoshop and Illustrator in your spare time? Be a QA expert! Then, implement it, support it, and … oh, hell … no, I don't have time to document it too!

I have gone through this Cliff notes history, of what I am sure is a common story amongst many web application developers, in order to explain, if not justify, the path I have taken in choosing the technologies I have, for our web stack, over the years.

When I came to Sinclair in April of 2000, the process of turning the desktop around to face the world had already begun via CGI type programming. It was quite cumbersome, and definitely violated the concept of a loosely coupled architecture. My initial charge was to create a better layer of separation between data and UI design.

From Adobe Flex to ZK

I won't bore you with each evolutionary step that we took, and why, but will instead focus on our transition from Adobe Flex, which we had adopted in 2006, to ZK framework in 2011. Prior to 2006, and subsequent to our CGI days, we primarily used DHTML pages that were pushed out as the result of server-side transformation, which married XSL documents with resultant web service SOAP envelopes. 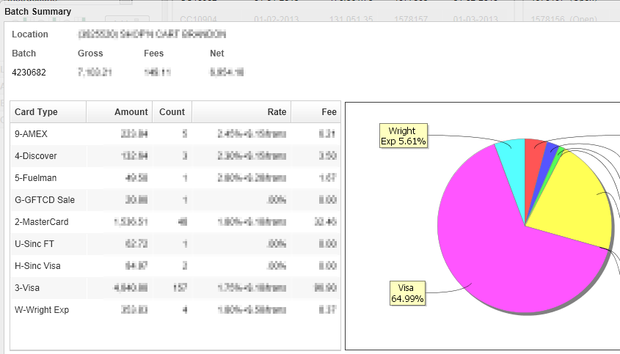 In 2006, there were no mature JavaScript frameworks to insulate developers from the travails of the infamous cross-browser hell. Consequently, it seemed to me, the best way to indemnify ourselves against browser inconsistencies, and truly achieve a write-once, run-anywhere world was to take advantage of Adobe's AVM , as embodied by the Flash Player. The decision seemed logically sound, since it was the most ubiquitous technology for insulating the developer against browser inconsistencies. It also had the advantage of making the UI look great with their out-of-the-box component set. As any web developer will tell you, it can easily take longer to get the UX and UI right than it takes to build the middleware services and backend database tables and triggers. If Adobe could help me out on that end of things, I was all for it.

That was how we did things from 2006 thru 2011: Flex on the client-side, Spring/CXF web services in the middle, and connecting to a variety of databases on the backend. Then came the Fall of 2011, when Adobe announced that they would be kicking the Flex SDK out the door to go live with the neighbor, as an ASF incubator project, while they would retain FlashBuilder (the IDE for developing Flex applications) in-house and refocusing it toward their new goals. It was clear to me that the writing was on the wall, in spite of Adobe's promise to continue to support the Flex SDK, via their Flash Player, for at least the next five years.

So, we were once again sent scrambling to replace that piece of the architectural puzzle. There are a ton of options out there, to say the least. Choosing one is a nightmare because you're almost assured that, no matter which fork in the road you choose, someone is going dynamite the road out from underneath you once you get too far down that road to turn back. It had happened before with a Novell product, and now it was happening with an Adobe product. So, clearly, the wisdom of choosing a solution, from one of the top 100 software companies in the world, as a safeguard against a piece of one's technology stack being obsolesced, was not a reliable strategy.

It was this realization that opened me up to considering a solution from half way around the world, and from a company I had never heard of. I had concluded that their product was just as likely, if not more likely, to have a longer shelf life than the solutions I had previously purchased from world renowned companies. My rationale was that it was more likely that a company with a single product, upon which their company relied for profitability, was far more likely to make sure it remained viable than would a company like Adobe, who would have no compunction against giving the axe to an unprofitable product that was but one out of their legions.

It was at this time, during my search through a plethora of frameworks, that I stumbled upon ZK. I was immediately impressed with the component set, which was even more ample than those that came packaged with FlashBuilder. As I continued to read about this framework, I was further sold on the Server+client fusion architecture, partly facilitated by the jQuery framework. The fact that the client was pushed out, from the server, as an HTML5/jQuery solution impressed me even more, as it was clear that most of the directional arrows in the road were pointing to HTML5 as the future of enterprise web application development. With HTML5 at the heart of ZK's client-side solution, it was a given that it would lend itself nicely to being more device agnostic, since mobile and tablet apps were also moving toward its support.

With ZK, the heart of the web application (e.g., the business logic layer) could all reside on the server, without being exposed to would-be hackers. This was definitely a plus for the security considerations. It also leant itself more easily to maintaining state for any given user session.

The move to ZK also caused me to re-examine how we were doing middleware, which, up to this time, had been exclusively through web services (e.g., SOAP envelopes). It no longer made sense, in our environment, to use such a burdensome mechanism for communicating between client and services. Eliminating the marshalling and un-marshalling of SOAP envelopes would greatly increase response time back to the client, and reduce load on the server.

ZK is a deceptively simple, and yet complex framework. Initially, it's easy to think how fast it is it put together a sophisticated web application. And, that is truly the genius of the frameworks design. A ZK neophyte can quickly slap something together. But, the longer you work with the framework, the more depth you find it to have, making its possibilities only limited by your own imagination. Consequently, you begin to see how you can refine things to take advantage of its unique “Web Technology Synergy” that allows integration with JSP, CDI, Spring, Grails, Python, Scala, Groovy, or a couple dozen other options.

One way to illustrate its deceptive simplicity is in how ZK UI objects are created. I would imagine that most beginners create all page objects, from the ZK Palette, as UI objects, which consists of two parts: a client-side widget (the face of the UI object) and its counterpart on the server-side, a Java component (the brains of the UI object). You get this built-in complexity by the simple act of dragging a component from the ZK Palette to your ZUL web page. While this will work fine, it can create unnecessary server-side components, where there is no need for such symmetry. In such cases, one can create native XHTML tags within the ZUL (ZK's dialect of Mozilla's XUL). In this way, a Java server-side component is not created as its counterpart. This is just one small example, but indicates the type of refinements that can be made as one delves further into the ZK framework. 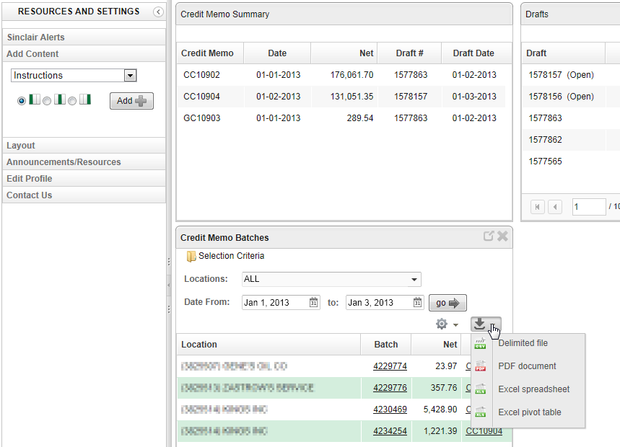 Our small shop has been working with ZK for over a year now. In fact, to describe us as a “small” shop is an understatement. We are a one senior and one junior developer team, writing and maintaining web applications for a multi-industry enterprise with IT responsibilities to an oil & gas company, several hotels, two ski resorts, and a large cattle ranching operation. Needless to say, doing as much with as little as possible is our small group's de facto motto. And, ZK framework has become a critical centerpiece of that strategy.

You can download the PDF version of this article here or read part 2.

Innovation is the most driving force behind the growing Potix. Potix delivered the first Server+client Fusion architecture, first embeddable Java web spreadsheet, first true pivot table and first Ajax framework to bring applications from mouse to touch in one codebase and component set.