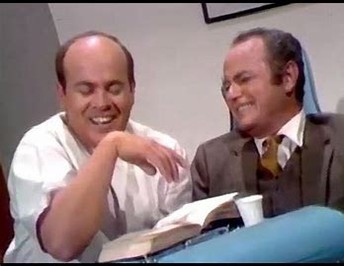 Just imagine what it would be like if your co-workers were Harvey Korman & Tim Conway or Mel Brooks. I imagined I would spend the work week in tears; unable to talk because of fits of laughter. The mastery of telling a story based on typical everyday happenstance in such a way, you can't stop laughing. Makes me smile to think about it. "Life literally abounds in comedy if you just look around you.” – Mel Brooks

Finalizing the 2020-21 budget for council approval, updating current year estimates; highlights have been discussed all year & include $1.4M [PSST] to supplement GF spending for Public Safety equipment, vehicles, ambulance, fire radio upgrades & salaries to remain competitive; $1.2M [SAT, CIP] for building improvements, mostly for the Hall of Waters; $1M [CDBG, EDA, CIP] for roadway improvements serving Miller Cabinets & planning for west side trail system; $2M [CDBG, Sewer Bond, CIP, Water] for sewer digester & water system improvements; $700K [LWCF, Donations, CIP] to complete splash park & wall at Superior Well/Pagoda; $1.8M [TT, RB, CIP] for street improvements primarily for Jesse James, & $285K for mowing, snow removal, & blight removal, which improve our livability. Council members met with our legislators last week to share our legislative priorities. There are several issues to level the playing field for our local businesses who compete with internet sources. We are interested in improving 911 service across the state, so we can expect the same level of service we have in the metro area when we travel; there are still some counties that lack wireline 911 coverages or lack the ability to track the caller's locations; we are interested in court reform particularly to address the weakness of the penalty for failure to appear when summoned to court. We were pleased to see the completion of 407 E. Broadway, the first building of several included in a redevelopment plan that intends to improve property values in the boarding house district, attract private investment & home ownership, it is a good start. The community center is interested in developing programs on nutrition, we are excited to see what develops. We have received an inquiry to allows Utility Vehicles on city streets. 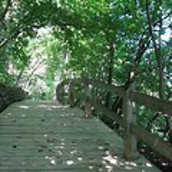 What are the places that make Excelsior Springs unique to you? What are the places that you and your family think of when they think of home? Stop & picture one of those places for a moment. Is it one of our parks, a walking trail or your church? Is it a winding scenic road through town? Is it the Elms Hotel or the Hall of Waters or one of our unique, charismatic businesses? Places & landmarks like these are bountiful in our community & the lifeblood of Excelsior Springs. These places, these memories & the emotions they evoke make our community a someplace rather than an anyplace.
Hall of Waters, 201 E. Broadway, Excelsior Springs, MO 64024 mmcgovern@excelsiorsprings.gov (816) 630-0752 cityofesmo.com
Embed code is for website/blog and not email. To embed your newsletter in a Mass Notification System, click HERE to see how or reach out to support@smore.com
close