Get email updates from Hector: 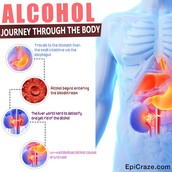 Alcohol and the Body 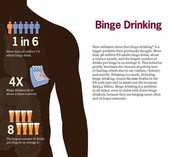 Drinking alcohol quickly like chugging, doing shots, or funneling is very dangerous. Binge drinking can also be extremely dangerous. Consuming large amounts of alcohol in a short amount of time is called binge drinking. People may become unconscious or dangerously drunk. Drinking games are also dangerous and are even considered as binge drinking.

A disease in which there is physical and psychological dependence on alcohol is alcoholism. Alcoholism can destroy a person's life and can destroy others around as well. It is also a factor in automobile accidents, injuries, suicide, violence, job loss, divorce, serious illness, and even death. Many people with alcoholism have difficulty controlling their drinking. Also their emotions change rapidly and it's mostly anger or depression. People who drink and have problems, usually may be in denial, or refusing to admit a problem. Also, people may try to stop drinking. They might promise they will quit, but in the end they don't. Alcohol also affects family. Children who have parents that drink, are more likely to drink alcohol as well. People with alcoholism tend to have difficulty with relationships. They may neglect and even injure family members.

Peer pressure is the most important factor identified by teens who drink alcohol. Even though drinking is illegal for teens, many teens can obtain alcohol beverages. But you can use resistance skills to avoid drinking and buying alcohol.

First, just say NO in a confident voice. Stand tall and look directly at them too.

Next, you may give reasons why you said no. You may say how it's harmful, unsafe, and illegal for teens.

Sixth, resist pressure into doing any illegal actions. Stay away from people who break the law.

Seventh, influence others to choose responsible behavior. For example, you can encourage those who pressure you to use alcohol to change their behavior, and you can encourage people who drink to stop by suggesting alcohol-free activities. Also if you any presence of a drinking problem, you can get them help by telling an adult or a trained counselor.

Lastly, just avoid being influenced by ads for alcohol. Realize that alcohol ads will try to convince you that drinking is "cool" and "fun". Also ads will pop up on the internet where young teens will notice, so be smart and avoid them. Also don't be stupid and where any clothing that displays beer logos or any alcohol beverages. 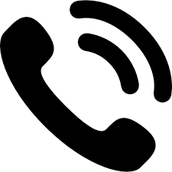 Since alcoholism is a disease, and like many diseases, it can be treated. The treatment involves the person with the disease as well as the family and friends. Treatment usually involves short or long term stays at a recovery facility and may involve recovery programs. After completing a recovery program, people with alcoholism need support, like individual or group counseling. Medications may even be prescribed it help prevent a return to drinking during recovery.