First Timer TME Milind, in his modi-style attire, triggered the session with a warm up bang and that's when we got to know little secrets about everyone present ! this surely was a STEPPING STONE in the club ! Bravo Milind 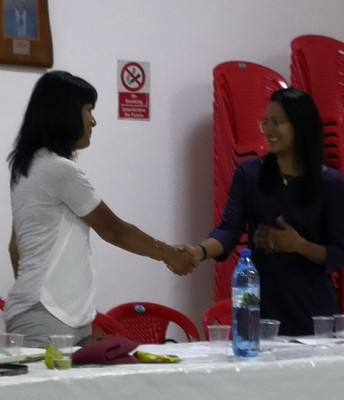 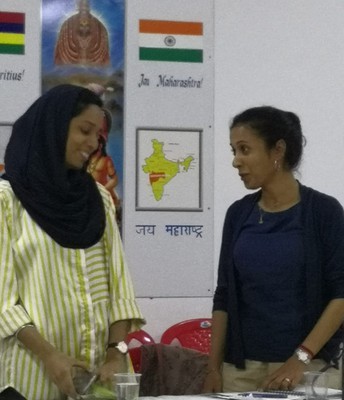 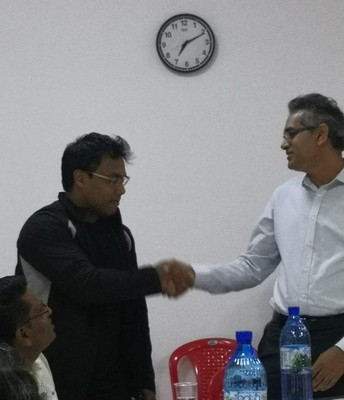 TM Vyankoj attempted to prove that Raphus Cucullatus was not dead and the beautiful plump dodo lived in us all Mauritians, although destroyed by the Dutchmen 350 years ago! His evaluator Azra pinpointed that the speaking area can be used more smartly by moving purposefully during the speeches!

DTM Uma on the other hand, as craftfully described by her evaluator Leena, had a melodious voice with a song and a smiling face, got inspired by husband Sunil and daughter Gopika to climb the Toastmasters ladder ! She's now on a roll to inspire others with her path ! 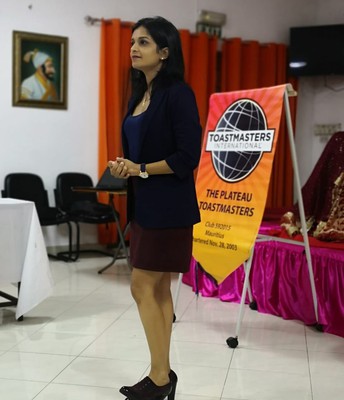 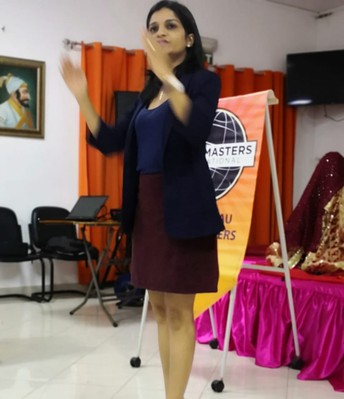 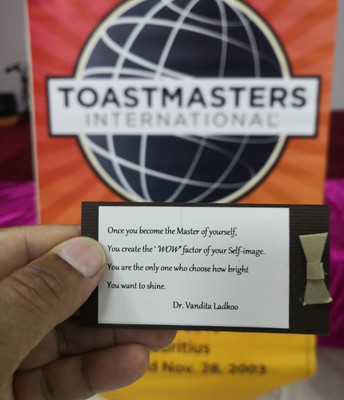 Dr Vandita Ladkoo graced the session today with an educational session on how we should be conscious of our self-image ! Leveraging on 3 segments:- things that we do unconsciously like picking nose, moving hairs, fidgeting on site, etc...
the way men / women sit / stand in public or how we walk, esp. the duck walk by men !
shielding the negative garbage thrown at us by others and controlling how this affect us !

Here's what some members had to say !!! 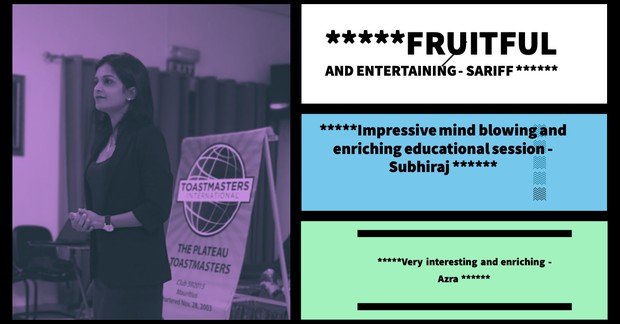 Q1 - what would it take for the world to be peaceful ??

TM Dosheela tactfully answered this question stressing on the fact that if people are more tolerant and respect each other, the world would be a better and peaceful place !

Q2 - How far your teacher has moulded you in what you are today ?

TM Roshan Seebaluck who was also the winner of this segment, related the story of his accounts teacher from Rose Hill who believed in him 30 years back and which led to show that the wisdom of teachers and the values that they create, shape us all today !

Q3 - What is your sign and worst character traits ?

TM Krishn implied his Home Minister in this reply but in a positive way as his hot tempered nature got cooled down, being a Virgo, and now he's channelled towards more productive things in life !

Q4 - what is your favourite thing about summer ?

TM Jyestha doesn't like to wear clothes ??? and is waiting for summer to come up fast as where she stays, it's always cold and raining ! Giddy up Jyestha, Summer is fast approaching !

Keeran, the General Evaluator, kept getting missed out from her team, comprising of TM Azra and DTM Leena as evaluators, TM Subhiraj as Ah counter; TM Sorjen as Grammarian and timer TM Mira Veeramootoo. maybe she was sitting on the left ! next time she promised to sit on the right !

1. Bravo TM Krishn for being awarded Triple Crown ! we are all proud of your achievement

2. Speakathon will be held on 29 October and Chaired by TM Roshan Seebaluck

3. Internal Contest is being moved to 12 November due to elections on 07 Nov.