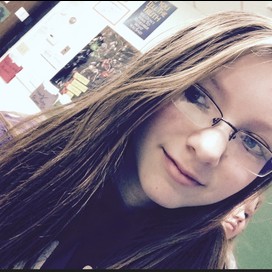 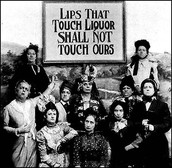 The Government Creates The Volstead Act and the 18th Amendment

You must have heard of the caper going on here. The government has been trying to stop all the alchol consumption and purchase by creating the very new 18th amendment. If you are caught edged(intoxicated) you will be sent to the big house. If you are caught selling giggle juice you are charged with a crime. Your business will be padlocked and you will pay a hefty fine. This means the illegal drinking spots aren't to be used. Now the Volstead Act has been created to carry out the eighteenth amendment more forcefully. This makes gang violence greater so now people are wanting to get prohibition started and to get it enforced. 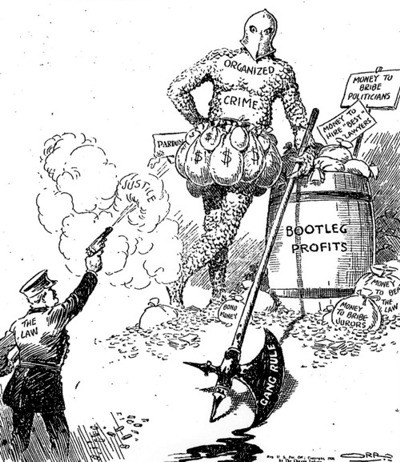 The Illegal Bootlegging and Illegal alcohol

Our government recently enforced the 18th amendment to our Constitution, and it was recently ratified in December 1919. You may think that this is a good thing.....think again ladies and gents. The government originally thought that prohibiting the sale of alcohol would reduce the crime rather than increase it and they thought it would solve social problems, yet it just added more problems. Boy, were they wrong! The criminals on the streets are now taking action. They are ganging up together, and starting to protest and smuggle. For the people on the street...BEWARE! These gangs are ruthless, and would do anything for a taste of bootlegged hooch. Criminals are now finding ways to keep it hidden from the Bulls running the streets, by bootlegging it. Bootleg, in the most simplest terms is when you make and sell alcohol illegally. Many criminals, such as Al Capone, has recently made millions off selling it. He is recently wanted by the government, for his bootlegging profit, and murder. Dames have also become involved in the bootlegging crimes. Their main hideout for small bottles of smuggled liqour, is in their boots, and stockings. Gangs will mainly smuggle from foreign areas. There are many people that are willing to be bootleggers just for a taste of the alcohol. Are you one of them?

DON'T CAPER OR YOU'LL BE IN THE BIG HOUSE! 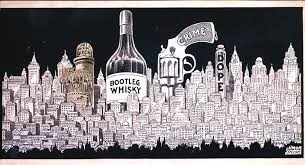 LAWS THAT ARE A MUST TO BE FOLLOWED! 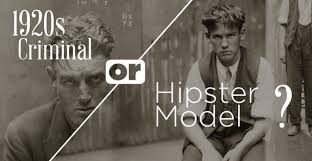 Al "scar face" Capone, a very successful bootlegger. He made millions selling alcohol illegally. He made about $60,000,000 per year selling alcohol. With all the cars and such he owned he was worth about $100,000,000. He was also famous for the Saint Valentines Day Massacre. This massacre took place in valentines day in 1929. What happened on this day was a few of Capone's men dressed as cops and "busted" George "Bugs" Moran. They lined up 7 of bugs men up against a wall, and out came the tommy guns. What "Scarface" didn't see was all the newspapers talking about all that happened. He was later sent to prison for 11 years due to him not paying his taxes. Soon after he ended up in "The Rock" Alcatraz. 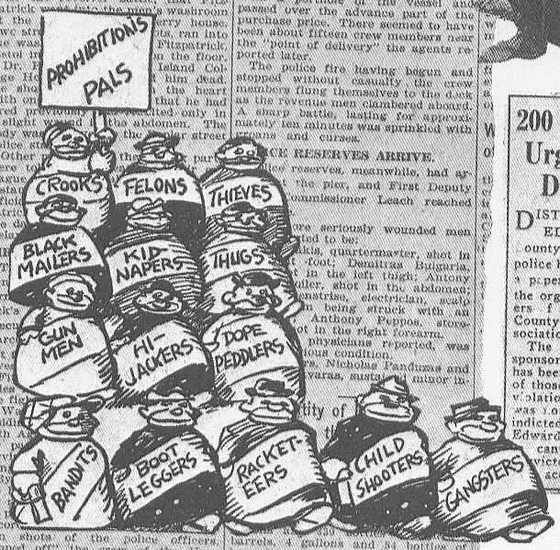 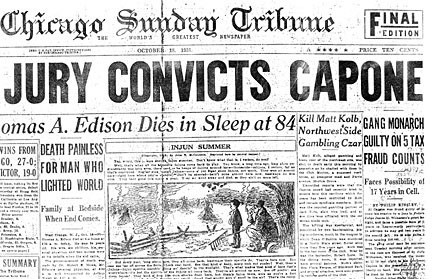