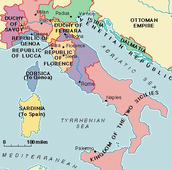 Florence goes all the way back to Roman times, around 1st century BC. The city was set up into two streams, the Arno and the Mugnone. In the 1st century AD a bridge was built over Arno. Florence was enclosed in a wall about 1800 meters long. The built up area was characterized by straight roads which crossed at right angles. The two main roads led to four towered gates and converged on a town square. The city developed rapidly because of its great position. Commercial activity and trade thrived here, it also offered an explanation for the merchants, who first introduced the cult of Isis, then Christianity.

Barbarian invasions led to the happening of the Gotho-Byzantine War. Being in the strong communications route between Rome and Padania, this got Florence to be involved. In 541-544 new walls were built around the city. Around the end of the 6th century when the Lombards conquered northern and central Italy, Florence also fell under their domination. This was the beginning of the history for the city. Their trade routes were cut off, this caused them to suffer greatly. In the 8th century, a feudal system was established. The city started to get back on their feet around this time. The first pope-run school was built and many things that had been destroyed were starting to get rebuilt. During this time around the 11th century, the position of Florence became even more important because of the cities participation in the reform of the Church.

Importance in the Renaissance.

Florence was a very important city in the Renaissance. It was a major center for culture and many churches were within this area. Trade was also a giant factor in Florence! Their main source of trade was wool. It was sold all throughout Europe and they made quite a bit of profit from this. Banking came from Florence too. Many of the people who lived there were bankers and were very good at it. The city has many remarkable pieces of architecture throughout all of it. The Medici family really helped the city of Florence flourish. Some people say that the Medici family was responsible for the whole Renaissance. But even if you don't believe that they were responsible for it, they were very influential and made a huge impact on all of it!

Contributions of the Town.

The main contribution of Florence at this time was wool. They were the biggest producer of wool in Europe at this time. It was sold all throughout Europe. Florence was also known for their culture and art, so a lot of artists and philosophers were discovered in Florence. People felt like they could express and be themselves here. Many outstanding buildings and mansions were built, which helped rebirth the city. Churches were very popular in Florence it brought out a big Christian community. Cosmo Medici was from Florence and he brought many business ideas including banking and politics throughout Europe. He made many contributions towards the Renaissance. 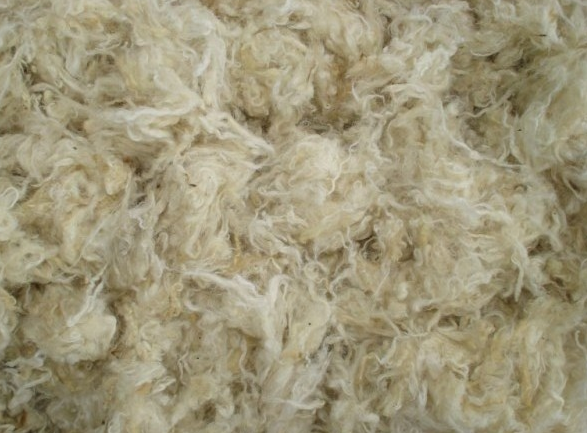 Famous People or rulers of the town.

The Medici's- Giovanni de Medici was a banker of the Papal Court, he also had headquarters in Florence. He held every political office at some point. Cosmo Medici was very influential during the Renaissance, some people believe that he was responsible for it.

Michelangelo Buonarotti- He was one of the greatest artists of all time. He was also very talented at writing poetry.

Dante Alighieri - Dante was a politician and a poet, but eventually his career as a politician failed. Some of his work is known to be the best of all time. 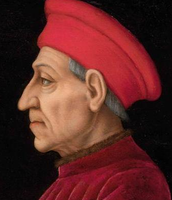 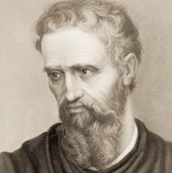 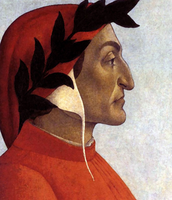