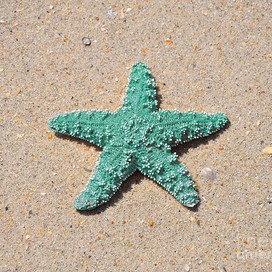 Nea is using Smore newsletters to spread the word online.

Get email updates from Nea:

The first form of a pagoda first originated in India, and was called a stupa. The term stupa is actually Sanskrit and means, "a pile, or mound". Stupas originally were built over holy ashes and were used as relics, but later served the purpose of representing Buddhist temples. The concept of the stupa passed over to Japan 1,300 years later.

After the Japanese adopted the designs of the stupa, they began to alter and develop it. Although, there were some aspects that they decided to keep. For example, in the original stupa, there were five tiers, each representing a force of godai. The five godai were chi, sui, ka, tu, and ku, representing earth, water, fire, wind, and sky. Japanese pagodas have the same five tiers, but they altered the early shape.

The structure of the pagoda is built uniquely, with pieces that contribute to the ability to independently sway. These pieces are slots and fitting pieces, which use little to no nails. This flexibility factor protects the building from earthquakes. Materials include mainly wood, copper, and iron.

A square base starts up the pagoda at the bottom, which is then followed by four more levels, which are supported by horizontal and diagonal beams and bases called "tanuki". Tanuki start inside and slant downwards to the outside of the pagoda This also helps to support the large eaves of each tier. Each pagoda level is smaller than the story below it, and holds twelve pillars called "gawarabashi".

Tiers are built to balance out the weight of the pagoda. A multitude of tiles make each tier heavy enough to weigh out the swaying tower. This way, everything is evenly balanced and safe. But, of course, a building still needs its support.

For support throughout the entire pagoda, it has two features. The main support is a central pillar, which runs through all five levels, to the top, called a "shinbashira". A spire of copper or iron running through the top of the tower is also adding as a counterweight. 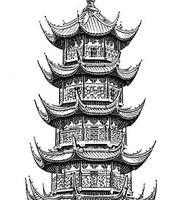 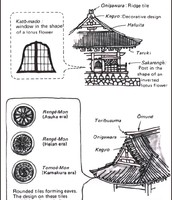 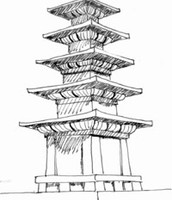 Pagodas in Japan today are located in temples and open for all tourists and visitors. Some of the ones still standing can be as big as one hundred eighty feet tall! Although, there are little to no pagodas present today due to concerns. Because they are made of a mostly wood exterior, they are extremely susceptible to fire. In our building today though, we often use the same bending structure idea to protect them against earthquakes, which so far, has proven to be an effective method. 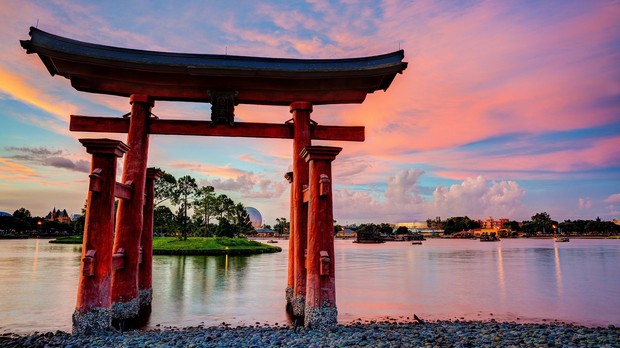 All Pictures Credited To : Google Images

"Everything About The Pagoda." No Author Stated. Jappleng. 1 October 2015.

Thank you for viewing!

Nea is using Smore newsletters to spread the word online.