Get email updates from Chrissy:

When examining and considering J.D. Salinger's famous novel, The Catcher in the Rye, one can conclude that the novel had significant influence on society during the 1950's concerning adolescense, family, and mental illness, and that influence has continued through modern day.

1. What lasting influence has The Catcher in the Rye had on American culture?

The novel has had tremendous impact on American culture. One example can be seen in a Washington Post review, J.D. Salinger's Holden Caulfield, Aging Gracelessly. Here it is explained that through Holden the reader sees the negative side of aging. You would continue on with this answer with more information and insight.

2. What other examples of the "Holden" archetype have you seen in modern media? 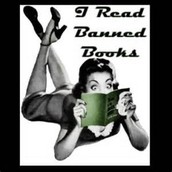 Catcher in the Rye was a "banned book" for some time. It was a part of that forbidden list because......

In this passage (HERE YOU WOULD QUOTE THE PASSAGE OR DESCRIBE IT) The defiance and disregard that Holden shows towards adults is something that began in the 1950's society and has continued.

Number your paper 1 - 10. Answer True or False to each question or statement.

www.washingtonpost.com
Second reading: The Post's book critic reconsiders notable and/or neglected books from the past.