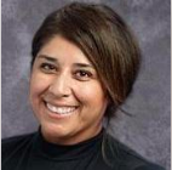 As we begin the 4th week of Remote Learning, I have been thinking about you. The entire staff has been thinking about you. I have been thinking about those of you participating in classes and those of you that have had a bit more difficulty in making it to your remote learning classes. For those of you in routine, keep going, full steam ahead! If you have not logged on, do it now. Start today! If you need support, reach out! It is not too late. Do not worry, today can be your start. We want to see and hear you. If you have not completed assignments, it is okay, begin today. Start today. Do not worry about days missed. We are here to support you and together we will close this year as best as possible. Now more than ever it is important to stay connected.

Please read this week's newsletter, there are important tasks to complete this week, and do not hesitate to call me directly if you have any questions, 408-913-5009.

This is an opportunity to WIN the semester. It is not too late.

p.s. Be kind to each other, act in love, talk in love, and become love.

Struggling to get motivated??? A few things you can try:

REMEMBER! Grades cannot drop/decrease from the grade you had on March 13, 2020. It can only improve. This is a very strong opportunity for you to pass ALL classes in Semester 2, it is not too late. Log on and start now. :)

Intent to Enroll forms are due Friday, May 8, 2020. Please discard the April 30th deadline on the form and return them by May 8th!

FROM THE DEAN OF STUDENTS

A message from Mr. Monroy!

#ThankATeacher during Teacher Appreciation Week, May 4-8, 2020!

Teachers change the lives of millions of young people every day—their immense work and impact moves us beyond words, so we need to share with them how we feel. With the abrupt end to the physical school year, our teachers have done even more to continue education with virtual classrooms and learning at home lessons. Our teachers guide you, serve as your advisors, and care for you deeply. They were heroes in preparing for remote learning, making the needed changes rapidly, and they are doing all they can to be present and there for you during this interesting time.

It's in these challenging times that we truly recognize and appreciate how our nation’s educators play such a pivotal role in young people's lives and we are so grateful and appreciative of each and every one of our teachers. So, shower teachers with appreciation and share how much you love, like, care, and appreciate them! Show some Lion love!

I hope you are having a great start to the week. Last week I had live webinars and I presented the process of selecting classes for the next academic year. Below you will find a tutorial that will show you step by step on how to select your classes in Power School. If you have any questions please let me know and I will help you. 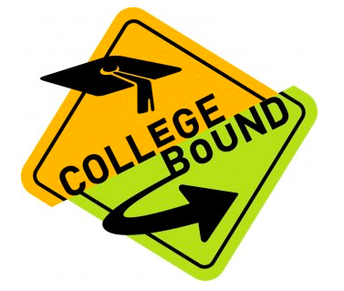 Happy May! The College & Career Pathway team is ready to support your college going and post high school plans. Be sure to respond to any communications we send, so that we can be sure that you are on track. Seniors, please respond to the survey below and finish strong with your classes and next steps for college. Sophomores and Juniors, please review the updates and take advantage of the opportunities to get started on your college applications!

As always, email or text us if you have any questions or need any support! We will continue to post updates on your Class of Google Classroom site, so check that every few days, too.

Call or Text us via Google Voice: 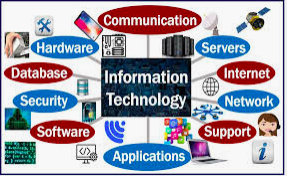 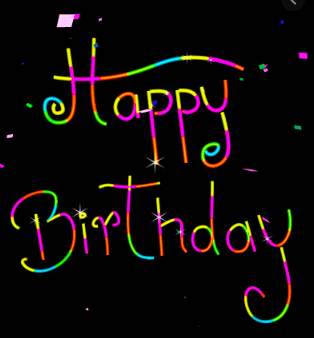 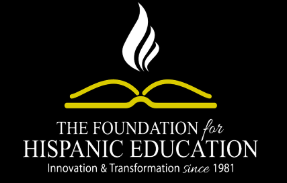 The Foundation for Hispanic Education Updates

For Student and Families Frequently Asked Questions (FAQs) go to the following link. 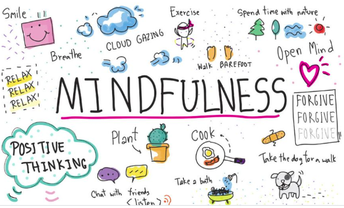 This exercise is designed to open your ears to sound in a non-judgmental way, and indeed to train your mind to be less swayed by the influence of past experiences and preconception.

So much of what we “feel” is influenced by past experience. For example, we may dislike a song because it reminds of us of a breakup or another period of life when things felt negative.

So the idea of this exercise is to listen to some music from a neutral standpoint, with a present awareness that is unhindered by preconception.

Select a piece of music you have never heard before. You may have something in your own collection that you have never listened to, or you might choose to turn the radio dial until something catches your ear.

The idea is to listen intently, to become fully entwined with the composition without preconception or judgment of the genre, artist, lyrics or instrumentation. Don't think, hear. 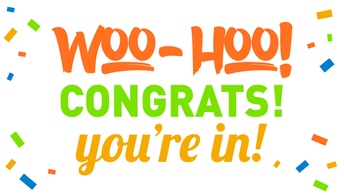 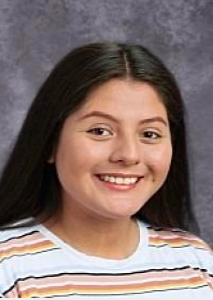 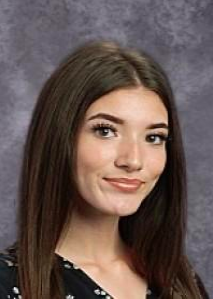 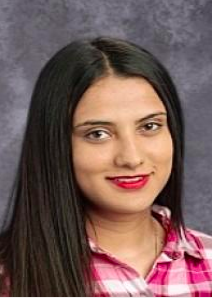 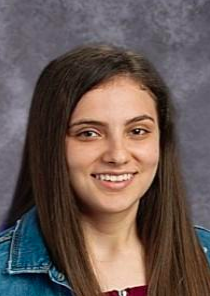 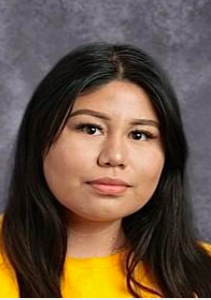 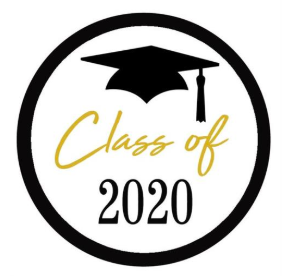 College Decision Day is coming up and Graduation is around the corner! We understand that your senior year is nothing like what you may have expected. However, in an LVLA way, and keeping in mind our this COVID-19 era, we are finding a way to celebrate you.

We have concrete dates and events for celebrations scheduled. You will be contacted as a class to share updates and preparations. A live Q & A session will be hosted during this week. Be on the lookout for an invitation this week. 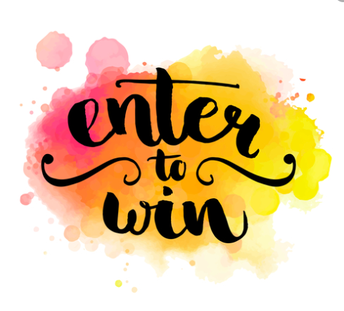 Enter your Art piece for a chance to win a $25 Target Gift Card! Your original art can be anything as long as it is appropriate and YOU created it! The winning art will receive a $25 Target Gift Card and published in next week's Lion Roar! Come on..share your talent. Last week we did not have any video entries, therefore a winner will not be announced. 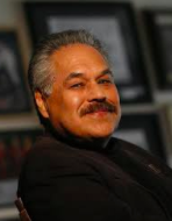 People That Changed the World

Playwright and director Luis Valdez is thought to be the father of Chicano and Mexican American theater in the United States. As pioneer in the Chicano Movement, Valdez broadened the scope of theatre and arts of the Chicano community.

In 1965 he founded El Teatro Campesino, a theater of farm workers in California. This project inspired young Mexican American activists across the country to use the stage to give voice to the history, the myths, and the present-day political concerns of Mexican Americans. In later years, Valdez has tried to portray Mexican American life for a mainstream audience, and his popular 1987 film La Bamba, helped him do that.

Valdez was born in 1940 in Delano, California, into a family of migrant farm workers. At the age of six he began to work in the fields with his parents and brothers and sisters. Because his family had to travel around California's San Fernando Valley following the ripening of the crops, his education was continuously interrupted. Despite this, Valdez managed to finish high school and to attend California State University, San Jose. He majored in English and explored his interest in theater. While in college he won a writing contest for his play, The Theft. Later, the college's drama department produced The Shrunken Head of Pancho Villa, his play about the problems facing a Mexican couple in America.

After graduating from college in 1964, Valdez joined the San Francisco Mime Troupe, but he couldn't give up telling stories and writing plays. During this time he learned the techniques of agitprop (agitation and propaganda) theater, in which a play puts forth political views and tries to spur the audience to act on those views.

After graduation, Valdez spent the next few months with The San Francisco Mime Troupe, where he was introduced to agitprop theatre, guerrilla theatre, and Italian commedia dell'arte.[3] These two techniques greatly influenced Valdez's development of the basic structure of Chicano theatre: the one-act presentational acto (act).

In 1965, Valdez returned to Delano, where he enlisted in Cesar Chavez' mission to organize farm workers into a comprehensive union. Valdez brought together farm workers and students to form El Teatro Campesino, a farm worker's theater troupe. El Teatro was known for touring migrant camps with their ACTOS, one-act plays, which were usually around fifteen minutes long. The plays were used to educate and inform not only the farm workers, but also the public. Valdez believed that humor was a major asset to his plays in El Teatro Campesino as it was a tool to lift the morale of strikers. Social and political commentary were intertwined within the humor to accomplish the goals of El Teatro Campesino. Original plays of El Teatro were based on the experiences of farm workers, but by 1967 their subject matter expanded to other aspects of Chicano culture; Los Vendidos, for example, discusses various Chicano stereotypes.

Although Valdez left El Teatro in 1967, his legacy lived on. Thanks in large part to Valdez and El Teatro Campesino, the 1970s saw an explosion of Chicano theater. Theater groups sprang up with surprising speed on college campuses and in communities throughout the United States. What began as a farm workers' theater in the migrant camps of Delano flooded into a national Chicano theater movement.

In 2016 Luis Valdez Leadership Academy opened in his honor with a vision to empower students to share their voice through film. Did you know that our/your teachers, Mr. Valdez and Ms. Valdez, are Luis Valdez' niece and nephew? 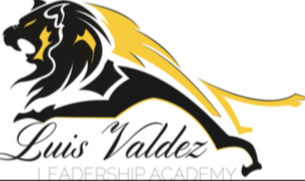 Follow Beth Slibergeld
Contact Beth Slibergeld
Embed code is for website/blog and not email. To embed your newsletter in a Mass Notification System, click HERE to see how or reach out to support@smore.com
close