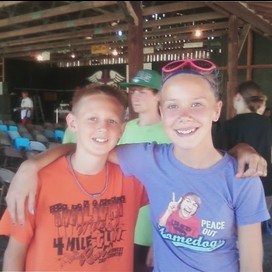 Miss Rosemary has set up a birthday party for Mississippi's (Mibs') 13th birhtday. Your 13th birthday is the day when you get your savvy. Miss Rosemary's (the preacher's wife) son (Will Junoir) is at her birthday party and gives her a present. He tells her what it is, a pen set. Mibs thinks her savvy is waking people and things up, like her little sister that morning and her brother Samson's turtle that has been "hibernating". Mibs then hears and sees Bobbi's (Will Junior's sister) tattoo talk and move on her skin and tell her that is really very lonely. She faints because that is not what she was expecting to hear when she saw Bobbi's tattoo. She draws a sun on Will Juniors hand and that also speaks! She now thinks that her savvy is having in on people talks, and she won't be able to wake up her poppa from his coma in Salina Hope Hospital. 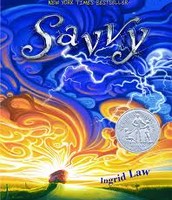 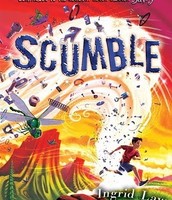