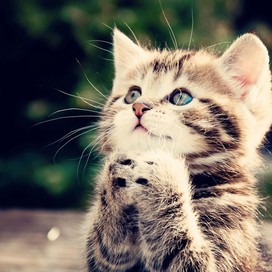 Careva is using Smore newsletters to spread the word online.

Get email updates from Careva:

The topics are: The Mayans, The Incas, And The Aztecs.

The topics are: The Mayans, The Incas, And The Aztecs.

The Mayans had the most social classes out of the three ancient civilization covered in this brochure. They farmed a food called Maize- Now called Corn.

The Maya used two types of farming technique. One is called Irrigation and the other is called the slash and burn technique. They would harvest the crops, cut (Slash) any remaining stalks or grass. Then, they would burn the field, which federalized the fields.

The Maya developed a mathematical structure based off 20 and using zero. They also created a calendar that was mostly accurate and used 365 days. These were important because they easily allowed them to develop. By using the mathematical system they were able to count their crops and by using the calendar they knew when the different seasons were coming.

The Maya believed that many gods controlled their lives, and in order to prevent natural disasters they did whatever they could to please their gods. they did this so that they could maintain their crops.

The Inca had a very controlling government. An example of this is that they chose whom you married. They also performed the first successful brain surgery ad other body part transplants. (transfusions)

The farming methods of the Inca were terrorist mountains and irrigation streams.

The Incas invented suspension bridges and the first medicine. The brides helped the by getting them across large cliffs and expanding their land. The medicine helped by fending off deceases and keeping them alive longer.

The Aztec had three classes of government. The nobles, the intermediates, and the commoners. They were located in what is now Mexico city.

The Aztecs invented Chinampas, which are long narrow floating islands which they either grew crops on or lived on. They were primarily used for farming.

The Aztecs invented cotusses a type of medicine that loosens congestion. they also invented their own calendar. The cotusses helped by treating small colds and the calendar helped by keeping track of time.

The Aztecs used Hieroglyphics a type of writing that used pictures and symbols. They did this to communicate.

Careva is using Smore newsletters to spread the word online.