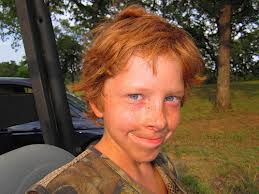 Jack is a red haired, thin built, freckled faced young boy. He is strong willed and loves authority. His main goals while on the island is hunting and providing meat. He thinks that meat is more important than being rescued. He shows this indirectly by taking Sam and Erick away from keeping the smoke going to help hunt. While they were gone a ship passed but, the signal wasn't there. Jack represents savagery and violence. He is the anti-Ralph. He later over takes Ralph as chief and takes his new dictatorship very seriously. Before he arrived on the island he was the leader of the choir boys and looked up to by many of them. He is the oldest of the choir boys and about the same age as Ralph.