Get email updates from Kyler:

Phoenicia had many city-states. Each city-state was ruled by a king. Phoenicians fought for many years over Sicily with the Greeks, but Carthage eventually prevailed. 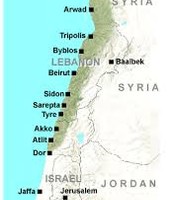 Each city-state was unique to a certain type of raw material. These materials were then traded for goods and better materials. Carthage was in control of the Mediterranean Sea because they used large warships.

The Phoenicians were polytheistic. They would do anything to please the many gods that they worshiped. Sometimes, in times of crisis, they would sacrifice their own children

The Carthaginians built warships so they could control the water, or the Mediterranean Sea. The Phoenicians were the first to create an alphabet. They also did a lot of work with metals.

A king ruled each city-state, so he held most of the power. After the kings came the priest class. The next class consisted of merchants and peasants. The last class was made up of farmers and slaves.

It is located along the Mediterranean Sea. This allowed the Carthaginians to use their navy to control the sea. It also allowed for easy accessible trade routes. 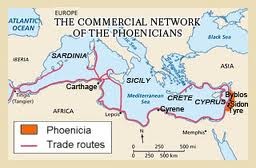 Follow Kyler Murphy
Contact Kyler Murphy
Embed code is for website/blog and not email. To embed your newsletter in your email, click HERE to see how or reach out to support@smore.com