LOCATION: The Northern European Plains is a geomorphological region in Europe, mostly located in Poland, Germany, Denmark, Netherlands and borders Czech and Sweden.

SIZE: The Plains go on for more than 2,500 miles, and mostly consists of large, flat lands with smaller areas of hills.

Characteristics: Elevations range between 0 and 200m. Region contains bogs, heath, and lakes. Parts of the Northern European Plains go under the Baltic Sea. Plus, the Plains are home to many navigable rivers, including the Rhine, Weser, Elbe, Oder, and Vistula. 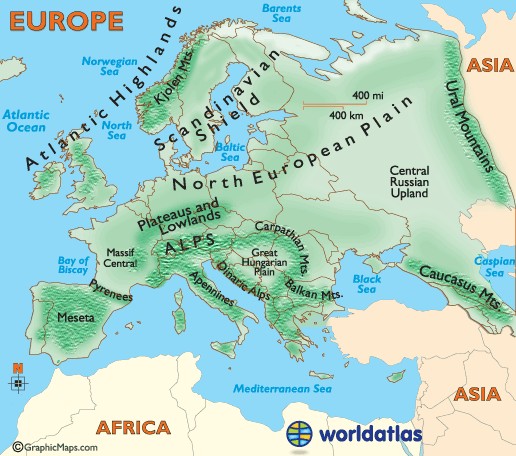 Most of the European Plains are used for farmland. 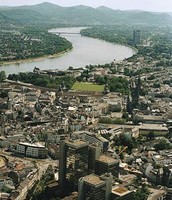 The photo above shows the settlements near the Rhine River.

Resources and the effect on people

*Lots of Navigable rivers and freshwater: People living in the Northern European Plains use the rivers for trade routes. And used the freshwater for everday use.

*A variety of soil: Mostly used for commercial farming with a little natural vegetation

remaining. Supports a lot of plants and crops, resulting in agricultural development.

*Vast area of land: There's not a lot of traveling and widespread of communication.

*Climate: There's enough rain in all the seasons to keep the fields green.

I think the connection between human and physical geography is that they both rely on each other. For example without the variey of different soil on the Northern European Plains- there won't be a lot of agricultural development. Which would cause a loss of human settlement because they don't have enough resources to be able to live there.