Vice is using Smore newsletters to spread the word online.

Get email updates from Vice:

MESSAGE FROM THE PRESIDENT AUGUST 2017

Welcome to our second edition newsletter 2017. What a fantastic season so far. Starting with the auskickers, it has been great to see all our younger members really getting involved in all aspects of the game and thoroughly enjoying themselves out on the oval. Auskick is all about learning and developing the basic skills of football and it’s great to see the children develop week in, week out. I must thank all those parents and parent coaches who help out on the oval ensuring they provide for our future footy stars of the club in years to come. A huge thanks must go out to Tamara Deering , our fabulous auskick coordinator. We really do appreciate everything she has done for the club so far. As a result of Tamaras commitment to the role, she has arranged with Whitfords auskick for some Year 2 scratch matches which will be starting this weekend. This is an amazing initiative and we look forward to hearing all about it.

Our Modified and Opens teams have both been performing well with some excellent wins under their belts. The teams have grown from strength to strength throughout the season and continue to play in a professional and mature way. This was recognised at the delegates meeting this week.

The Year 9 fundraising for their Melbourne trip is well under way. They have been doing meat raffles weekly, Krispy Crème sales, swap meets and Gumtree sales. They are well and truly on their way towards a fantastic trip in 2018. A big thanks to Leigh Sage, Craig Wanstall and Steve Nichols who amongst others have been 100% committed to getting the funds raised.

I would like to say a big thank you to all our parents that continue to support the club week to week. Whether that is running the canteen, staffing the BBQ for the sausage sizzle, parent umpire, goal keeping and running boundary. Not forgetting our dedicated coaches and team managers who keep our teams in order and represent EWJFC throughout the district. We really do appreciate all your hard work.

Our Annual General Meeting (AGM) date will shortly be announced, so please keep your eyes and ears open. Last year the AGM was not well attended which was really disappointing. This year I hope that you all will attend so you can have an input into the clubs future and development.

Please enjoy the rest of the footy season and if you have any ideas about next years season then we would love to hear from you. We are already in the planning stages of 2018 and we always welcome support at all levels.

Keep up the great work everyone and I hope to see you all over the next few weeks.

A good video to watch about tackling!! Sit with your player and watch together!! Education is important.

Let's hope this takes off again next season!

Footy For Mums as seen on Channel 9 Mornings Show 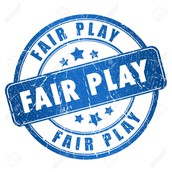 The season is now coming to a close and EWJFC can hold their heads up high in the district.

Each month the President and Vice President attend a Presidents Delegates meeting where they sit with the Competition Director and other representatives.

We are proud to say that EWJFC has so far been without incident and that is down to the professional way our Coaches, Managers, Volunteers, Parents go about running the club... and of course the great attitude of the players.

Hi all. This evening has been put together by our most senior team at EWJFC. We really need your support in attendance to make this a great night for all. Please book some tickets and get your footy family and friends to come too. Fundraising is vital to keep the club and teams together and it won't be long until your children will be doing the same. Please feel free to share this flyer on your Facebook page if you are happy to do so. Any questions to the numbers listed. Don't miss out on this great night. Thanks all. 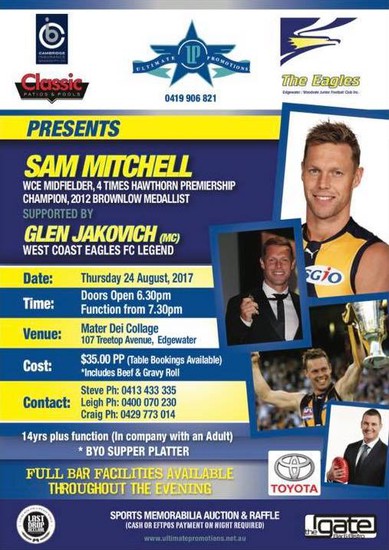 The year 3's have started out their first modifieds year with a bang. Our amazing coaching team and great players are creating a strong playing team. As the season has progressed the year 3's competitiveness is growing, along with their ball skills. Mid season break brought a pizza night to reward our team for their commitment to their games, training and overall great team spirit.

We have had some milestone games this season for Blake, Elijah, Bailey, Jono and Luca all playing their 50th game.

As the season wears on the team is having a lot of fun and all the kids are creating great friendships.

Treating our Umpires with Respect

Below is an email sent to the Junior Football League from a Junior Footy Parent this week - it is different to most of the emails the league receives and is worth sharing.

It is worth a read:

"The debate continues about the standard of junior umpires. Our umpires are continually blamed for close losses, player injuries, lack of control and generally no idea about footy. No wonder it is hard for umpires to recruit and increase participation, given the harassment they receive from coaches, players, parents, and spectators.

I cringe when there is conflict between coaches and umpires. For young players, this is a bad example for a coach to be setting. Our kids, our youth, our players follow by example, and if they see their own coach confronting an umpire, they think it’s ok for them to do the same. 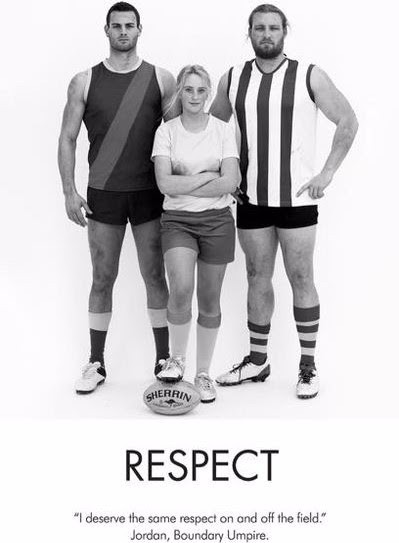 After some loses at the beginning of the season the Y7 team have had 5 wins in a row. The boys are starting to work together better as a team which is great to see and we hope they will all continue on next year, as they will only keep getting stronger. We are very lucky to have the coaching team of Clint Strykert, Matt Jenkins, Adam Kelly and Christian Carter all of who, have showed a great dedication and belief in this team and seeing them succeed.

We have celebrated some important milestones in the past couple of months with Kane Jenkins, Darcy Staples and Jacob Kelly all playing their 100th game. In the next few weeks, Zavier Dickson, Blake Wyss and Bailey Logan also will play their 100th game.

Congratulations boys, that is quite an achievement. 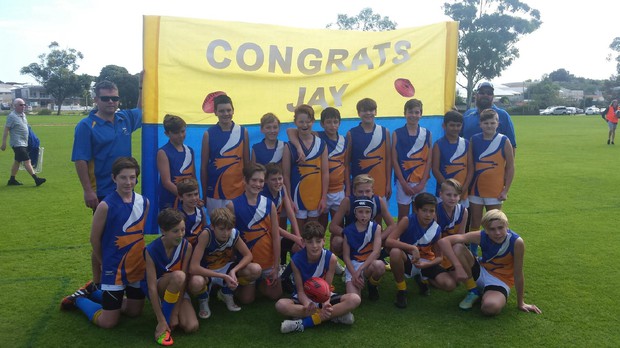 Congratulations to the following EWJFC Players that represented our club at the recent Country/Metro Carnival. All three boys played their hearts out and we are all very proud of their efforts.

These boys all play in our year 9 side, coached by Tom Hills, Leigh Sage, Adrian Vanirsen & Leo Marafioti. Blair is our team captain as voted by the boys and is a fantastic example to the junior members of our club. Kye is one of the most polite, respectful players on our team but isn’t afraid of going in hard at the ball! Stephen is the only year 8 who stayed at our club this year, he is the younger cousin of St Kilda 2016 NAB Rising Star nominee Blake Acres and shows some good skills. On behalf of the committee at EWJFC we would like to thank Blair, Kye and Stephen for the way they presented themselves at the Carnival, you have done us all very proud boys!

Congratulations to the following EWJFC Players that have been selected in this year’s West Perth Development Squads.

If you’ve seen the Year 9’s play, you will see the ways these boys stand out. They are great football players and have been selected by the District to represent West Perth in the Development Carnival in the Sept/Oct School holidays. Boys, we are very proud of you and know that you will represent our club well. Your coaches have done a fantastic job bringing you this far, now it’s time to go next level and soak up everything that is thrown at you! The Development players are being given two training sessions a week, one at the Athletics Institute in Wangara for Strength & Conditioning work and the other is at HBF Arena where our very own West Perth Players train! A very exciting time for these players! To our younger members, this is one of the pathways to play in the AFL! So if you want to know what the boys are up to, feel free to come down to training/games and have a chat!

Although Noah hasn’t been at the club this year, he has still been around supporting the club. In his first year out of EWJFC playing at Joondalup Kinross (with school friends), Noah has been selected in the Year 8 Blue Development Squad at West Perth. Noah, we wish you every success in the carnival!

Sav was awarded our Best on Ground at the recent Murray Nelson Memorial Game by unanimous votes from Umpires, Friends of Murrays & the Nelson Boys (Scott & Shane). Murray’s two boys Scott and Shane play for West Perth Football Club in the League side and it was a real honour to host them at our home ground, where it all began for them. Scott & Shane often pop down to the Year 9 training so it was awesome to have them there on game day, pep talk before hand and in the coaches box with Tom Hills & Leigh Sage, who had both coached alongside their Dad before his sudden passing. Scott Nelson spoke on behalf of his family and presented Sav with the award

Sav was also selected in the State Schools U15 AFL Team competing in Perth from Sunday 23rd July 2017 – Saturday 29th July 2017. He is one of the youngest in the team but has shown great maturity. In the words of his State Coach “Sav is one of our young players, but he’s a hardnosed little fella who loves a contest! He will be running through our midfield”

To all our players who have been named above, congratulations and thank you for presenting your club so well. We look forward to seeing where the Development Pathway takes you!

We would like to congratulate all the Clubs involved in the successful 2017 Girls AFL competition. The coaches, managers, volunteers, parents and players have done an amazing job for the second year running.

On the success of last year’s competition this year’s competition was expanded to a 10-week season which commenced in early May and finishing mid-July. Games were played between 5.30pm and 7pm (Year 4 – 6) and 6.30pm to 8.00pm (Year 7 – 9) under lights on a Friday night at the HBF Arena, Joondalup.

Here’s a pic of Edgewater resident Cameron (sister of Luca - Year 3) getting to meet one of her favourite players at the recent gala day. 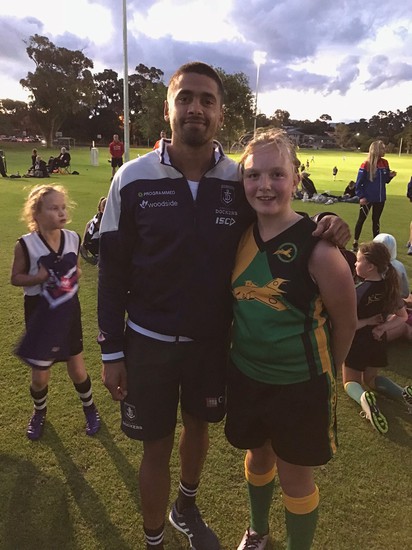 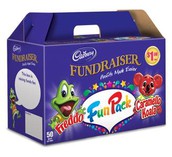 Urgent payment now required for all outstanding monies for the Chocolate Fundraiser. 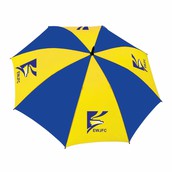 Urgent payment now required for all outstanding monies for Umbrellas.

We have a few umbrellas left - $30. Please contact the uniform coordinator if you want one.

Vice is using Smore newsletters to spread the word online.