Battle of Antietam at Sharpsburg

The Bloodiest Battle of the Civil War

Battle of Antietam at Sharpsburg

The Bloodiest Battle of the Civil War

The Battle of Antietam

- It is the first attempt by Lee to invade the North

- It is barely a Union victory, however, Lincoln takes this victory as an opportunity to issue the Emancipation Proclamation, which frees slaves rebelling against the Union

- It was the first battle of the American Civil War to be fought on Northern Soil. It was in Sharpsburg, Maryland. 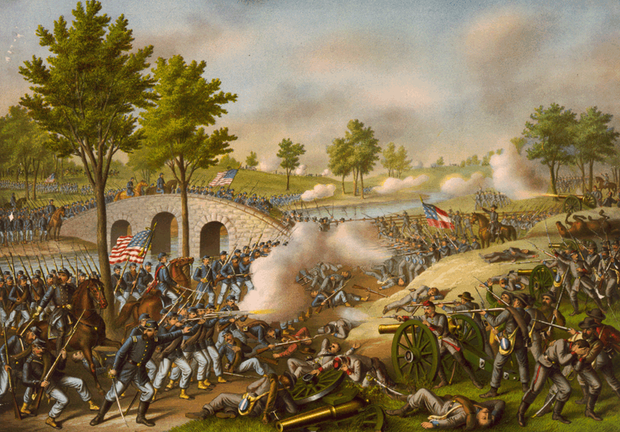 This is just one of the pictures that demonstrates how this battle was the bloodiest, violence and death were everywhere. 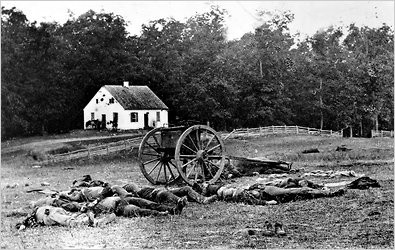 Death from the Battle of Antietam

This picture helps to show how so many lives were lost and how rampant death was during the battle. 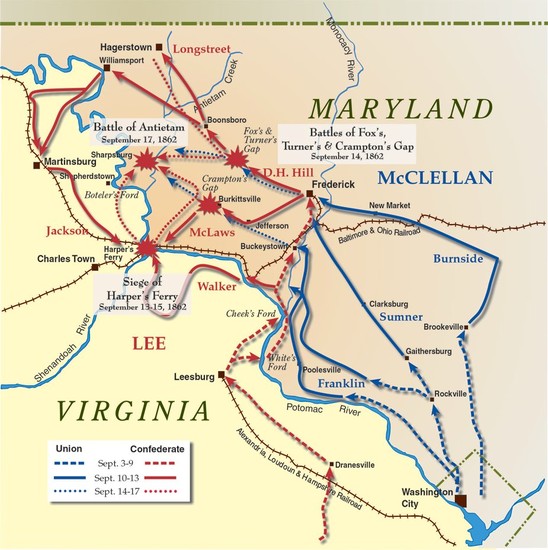 This picture shows the battle plan of Antietam. The South, under Lee's command, attempted to invade the North. He was unsuccessful because the battle resulted in a Union victory. 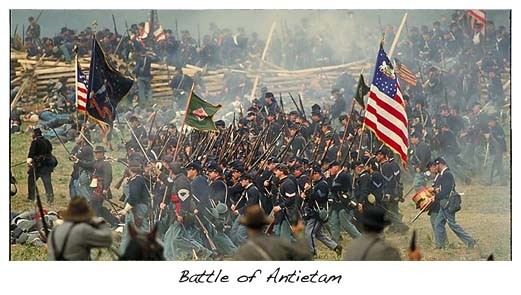 This picture demonstrates the violence occurring between the North and the South at the battle. 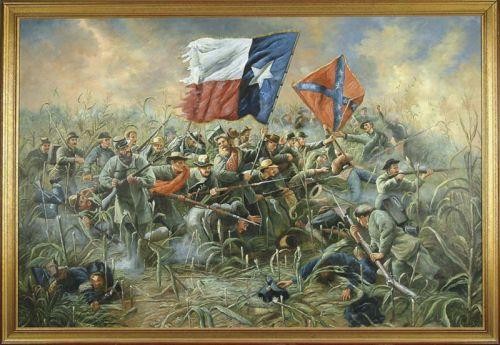 The above picture is an accurate way to portray all happening during this battle. The North and the South are violently fighting to the death to support what they believe in.