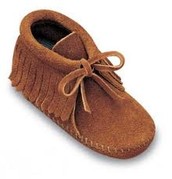 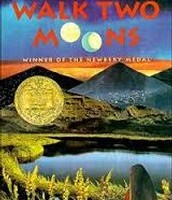 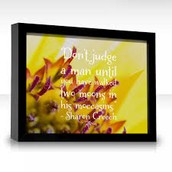 Summary of the Novel

The novel Walk Two Moons by Sharon Creech, is about a young girl named Sal who goes on a road trip with her grandparents from Ohio to Idaho. As she entertains her grandparents with the peculiar story of her close friend Phoebe Winterbottom, her own complex story unravels.

Throughout the novel the author, Sharon Creech, allows her two main characters make judgements about Mike Bickle, Mrs. Cadaver, and Mr. Birkway that end up being inaccurate.

One of the first people that Sal and Phoebe judge is Mike Bickle. Phoebe was convinced that he was a lunatic since very early in the book. (p.43) '"Sal, do you detect any signs of lunacy?... Maybe he has a knife tucked into his socks."' As the novel continues Sal also becomes convinced that Mike Bickle is a lunatic. Both girls were shocked to learn the truth, (p.248) 'Mrs. Winterbottom said, "Mike is my son"'

Another character that is frequently judged is Mrs. Cadaver. Mrs. Cadaver is the seemingly friendly widow, who befriended Sal's father after his wife's (Sal's mother's) accident. In contrast Phoebe and Sal have a very elaborate theory as to why she is a widow. (p.32) '" I think maybe she killed Mr. Cadaver and chopped him up and buried him in the backyard."' The two go on believing this until the truth is explained by another character. (p.218) '" Her husband died when a drunk driver rammed into his car"' Not only did Mrs. Cadaver try to save Mrs. Cadaver, but she had to watch him die and see her mother, Mrs. Partridge, go blind.

In addition to the two girls judging Mrs. Cadaver and Mike Bickle, they also judge their English teacher Mr. Birkway. (p.86) '"Maybe Mr. Birkway helped her chop up her husband and bury him and..."' It isn't until Phoebe writes her thoughts in a journal collected by Mr. Birkway, that he can explain to them the truth. (p.218) '"Mrs. Cadaver is my sister."' It was clear that the two girls were embarrassed for being so quick to make conclusions.

Throughout the novel Walk Two Moons Phoebe and Sal make three incorrect judgements about three characters. Sharon Creech shows the reader that judging someone else before "walking two moons in their moccasins" can often result in you being very wrong.
Paste in your blog/website to embed.