During the Great Depression of the 1930's, farmers could not sell their crops because no one had the money to buy them. Meanwhile, people were starving. The U.S. Government set up the Federal Surplus Commodities Corporation which was used to buy surplus farm products and distribute them to families in need. However, due to the fact that food was only distributed once a month and people had to eat the perishables before they went bad, this program did not work well. Store owners were complaining because they weren't making any money and families were still hungry because they had to make due with what was available. During May 1939, the federal government began the food stamp plan: families purchased orange food stamps in an amount equal to their needs. For every two orange stamps purchased they were given a free blue stamp. The orange stamps could be spent on any food item while the blue could only be spent on certain surplus commodities. This form of the food stamp program continued until 1943. 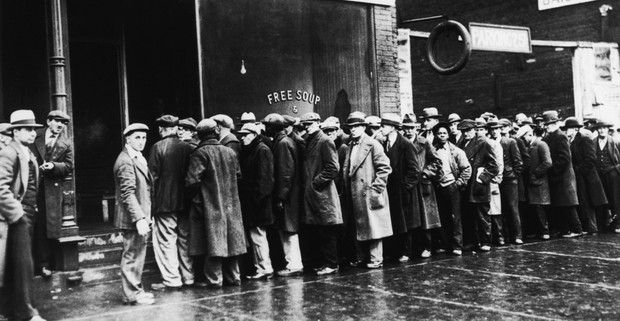 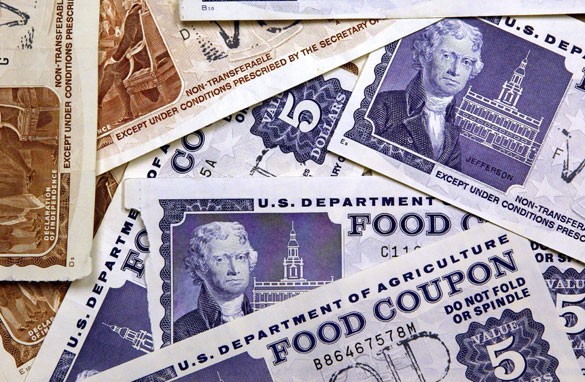 The food stamp program did not start back up until 1961, when government acted upon it. At this time, President John F. Kennedy signed an executive order to start eight food stamp programs in seven states. This program was similar to the earlier one although it used only one type of stamp. Recipients could buy any food with their stamps expect alcoholic beverages and imported foods. States decided for themselves whether or not to join the program and who was eligible for assistance. In 1963, 3 million people were participating in the program, although that was only 22% of all families in need who lived in the counties participating. 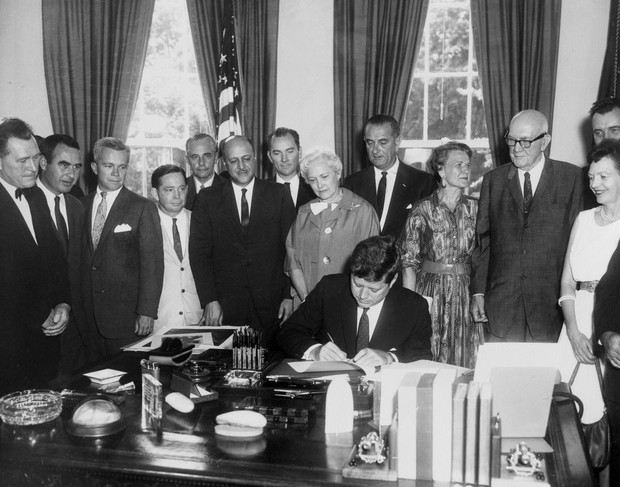 In 1967, Senators Joseph Clark and Robert Kennedy investigated hunger in Mississippi and recommended that government supply free food stamps to families without cash income and to distribute free surplus of agricultural commodities. In 1968, the Citizen's Board of Inquiry into Hunger and Malnutrition in the United States was formed by a group of prominent private citizens. The Citizens' Board conducted a nationwide investigation of hunger and released a report called, Hunger USA. During their investigation they found that chronic hunger and malnutrition existed across the country. The Citizens' Board then called on the president to declare a national emergency and institute emergency food programs; they also called for free food stamps. In 1971, the U.S. Government passed ammendments to the Food Stamp Act of 1964. This set national standards as to who was eligible to buy the food stamps. Along with this benefits were increased. Households with lower income got their food stamps at a lower cost while households with no income received their food stamps for free. 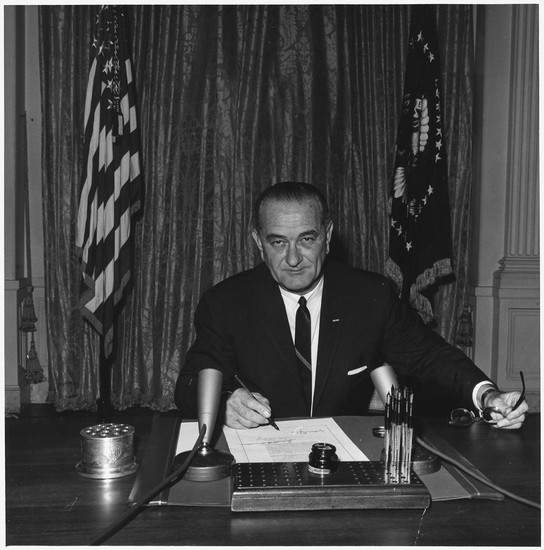 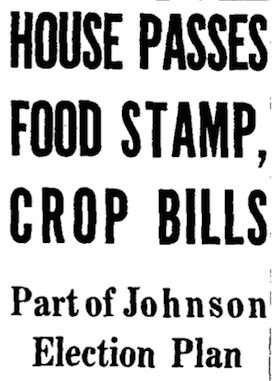 Major revisions were made to the Food Stamp Act of 1977, eligibility standards were established, expansion of the program to minority communities began, more federal assistance in implementing the act to a state level and restricted benefits to students enrolled in a university.During President Ronald Reagan's administration, in 1981, the program experienced major budget cuts. This cut in the budget was due to the rise in hunger in Americans in the early 1980s. Some of the funding was restored to the program in 1988 and 1990 this was to help combat the hunger crisis in America. Efforts were made, during this time, to integrate administration for the Food Stamp Program, this includes elderly form of the EBT card along with expansion of the program for participants. As funds were converted into block grants to the states and restricted requirements were placed on the usage and eligibility of food stamps in the 1990s countered a pullback on the growth of the program in the early 1990s. Significant changes were made to the program during the early 2000s. Participation in the program increased significantly, eligibility was expanded to qualified immigrants along with children who were 18 years old or younger. EBT cards replaced the stamps that were originally used during this time. The EBT card or known as the Electronic Benefit Transfer card resembled that of a debit or credit card, this transfers government benefits from a federal account to the SNAP retailer. The cards were instituted to reduce program fraud. 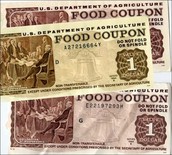 E.B.T cards began to replace original food stamps which were used for many years before the early 2000s.

Since 2008, legislators have focused on restructuring the food stamps program to place greater emphasis on nutrition. In the 2008 Farm Bill, the program was renamed the Supplement Nutrition Assistance Program (SNAP), and the pilot program was established to study the use of incentives to encourage the purchase of healthy foods with SNAP benefits. In the fiscal year 2011,about 44.7 million people living the 21.1 million households in the US were participants in the Supplemental Nutrition Assistance Program, on average, per month. Households in SNAP are a diverse group of people. Due to the fact benefits are available to most low-income households with few resources, regardless of age, disability status, or family structure, participants represent a broad cross section of the nations poor. Nearly half of the participants in the program were 18 years old or younger and nearly 9 percent were 60 years old or older, in the year 2011. Over 30 percent of SNAP households had earnings in 2011, also 41 percent of the participants lived in households with earnings. A majority of households on the program did not receive cash welfare benefits. The average monthly benefit received by families on the SNAP program was $281.4. Some households who participated in the program only received $16 which is the lowest assistance given.