Jakeobe is using Smore newsletters to spread the word online.

Get email updates from Jakeobe:

Germany, UK Issue Travel Warnings For US Due To Government Shutdown

Germany and the United Kingdom have become the first countries to issue advisories for travellers to the United States, warning of possible delays at immigration and tourist sites as the U.S. government remains partially shut due to a budget impasse.

In a notice posted on its website, the German Foreign Ministry warned that “travellers should expect longer wait times at immigration control,” even though air traffic controllers and Customs and Security operations at U.S. airports should be operating normally; while the U.K. government also warned of delays in air travel and at immigration.

According to a report by the Daily Mail, the Association of British Travel Agents (ABTA), the U.K.’s travel trade association for tour operators and travel agents, also warned British tourists that they were unlikely to receive a refund on their holidays unless a “significant part” of their trip has been affected by closures as a result of the U.S. shutdown.

According to ABTA, around 30,000 Britons are currently holidaying in the U.S., with only a fraction booking trips to national parks, which have all been closed.

Britons comprise the largest European tourism contingent to the U.S., according to U.S. Commerce Department statistics, followed by Germans.

On Wednesday, European leaders expressed disappointment at the federal government shutdown, but were optimistic of minimal damage to the economy, as long as U.S. politicians can reach an agreement within two weeks.

“The German government is following the developments and events in the United States very closely and we regret that there has not yet been a resolution of the conflict over the US budget,” said government spokesman Steffen Seibert to reporters, as cited by AFP. "We hope that there will be progress soon that will allow the conflict to end."

Economy ministry spokeswoman Tanja Kraus added, "our experts say that if the affected time period of the spending freeze remains short and there is an agreement within two weeks then the economic impact in the United States but also abroad should not be significant.”

Germany, UK Issue Travel Warnings For US Due To Government Shutdown | Economy Watch

www.economywatch.com
Germany and the United Kingdom have become the first countries to issue advisories for travellers to the United States, warning of possible delays at immigration and tourist sites as the U.S. government remains partially shut due to a budget impasse. 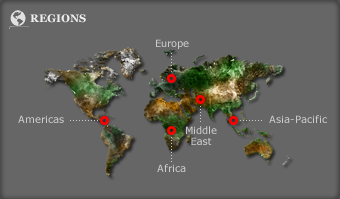 Jakeobe is using Smore newsletters to spread the word online.

Follow Jakeobe Zier
Contact Jakeobe Zier
Embed code is for website/blog and not email. To embed your newsletter in a Mass Notification System, click HERE to see how or reach out to support@smore.com
close