Haylee is using Smore newsletters to spread the word online.

Get email updates from Haylee: 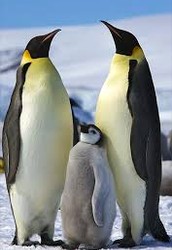 Can you imagine holding your breath for 20 minutes under water? I can`t but Emperor Penguins can . That’s crazy cool!!!!!.

In this paper you will learn what they eat, where they live,what their body looks like,life cycle and fun facts and maybe some words you don`t know like balance and colonies.And that is what you will be learning.

Their diet is fish, squid and krill. They also eat crustaceans. You know that they feed their chicks by throwing up in the chicks’ mouths? That is just disgusting.

Did you know penguins live in Antarctica? Antarctica is one of the coldest places in the world. They live somewhere like the zoo . They spend winter on icy Plains.

In the summer they dive in the water to keep coo

he chicks hatch after about 2 months. Did you know the female only lays one egg?!That is weird. That is so cool

Male Emperor Penguins balance the egg on their feet.

Balance: to keep steady without falling.

Colonies: A large group of animals that live together in the same area.

Haylee is using Smore newsletters to spread the word online.