Amadou is using Smore newsletters to spread the word online.

Get email updates from Amadou:

By Amadou Ndiaye and Andy Nguyen

By Amadou Ndiaye and Andy Nguyen

Basics of the Vietnam War

The Vietnam war started in 1954 and ended in 1975. The war caused massive disruption in Southeast Asia and the American home front. in an effort to stop the spread of communism, America interfered with Vietnamese affairs. U.S lost the war and it damaged the U.S financially and population wise. 540,000 American Soldiers were sent to Vietnam. More than 56,000 Americans died in the war, and 300,000 were wounded. 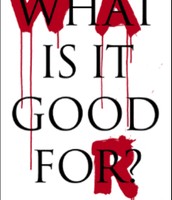 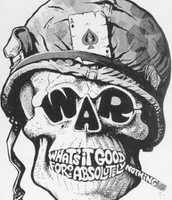 Literary Connection to The Things They Carried

In the story On the Rainy River in the book The Things They carried, its about a guy who was drafted into the Vietnam war, but he was never meant for it. He hated war, and had no physical attributes for war. He was smart, even got a full 4 year ride into Harvard. However the war came, and it ruined his dreams, and his life. It connects to the song “War” by Edwin Starr because the song quotes, “ nothin’ but a heartbreaker” and “Oh, war has shattered many a young man’s dream” (Starr), and what the song is saying is war does nothing but ruins a life, like how it ruined the man’s life.

Amadou is using Smore newsletters to spread the word online.