Raili is using Smore newsletters to spread the word online.

Get email updates from Raili: 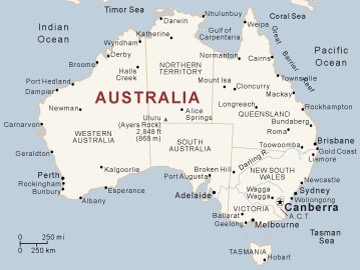 Australia is estimated to be 7,692,024 square Kilometers and the sixth largest nation after Russia, Canada, China, the United States of America and Brazil, however, a relatively small population. Australia is the only nation to govern an entire continent and its outlying islands.

Australia is an island continent, very big, Queensland Tropical, desert in the middle of Australia. Beautiful beaches, snow in the winter in the mountains, in Victoria and New South Wales. We have problems with bushfires in the summer.

Sydney is the state capital of New South Wales and the most populous city in AustraliaSydney receives over 10 million international and domestic visitors each year for its beaches and attractions. The Sydney Harbour Bridge is the widest long-span bridge and tallest steel arch bridge in the world, and the 5th longest spanning-arch bridge according to Guinness World Records. The Sydney Tower was the tallest structure when it opened in 1981, and still is the second tallest freestanding structure in all of Australia at 1,001 feet over the Sydney CBD.

Each year Melbourne plays host to tens of thousands of interstate and overseas visitors who come to see the Australian Open Tennis Championships, the Australian Grand Prix, the Australian 500CC Motorcycle Grand Prix, Spring Racing Carnival, the Australian Football League Grand Final and many more special events. Melbourne is the eighth largest telecommunications market in the world - making Melbourne one of the best wired cities globally - broadband infrastructure is located within 100 metres (328 feet) of every office building in the central business district.

Perth is also known as the 'City of Light'. The naming is the result of the fact that when astronaut John Glenn orbited above back in 1962 he could identify Perth because everyone turned on all their lights, making Perth highly visible. The booming mining industry in Perth has blessed it with the highest per capita number of self-made millionaires in any city in the world. Now that will certainly turn non-Perth inhabitants green with envy. Perth is the capital and largest city of the Australian state of Western Australia. It is the fourth most populous city in Australia, with an estimated population of 1.9 million living in Greater Perth.

The first migrants to come to Australia in 1946, were Estonians, Latvians and Lithuanians. It was called the Baltic Experiment. Australia had the 'white Australia Policy'. Only white people allowed to settle in Australia. They were Baltic refugees, displaced by World War 11. They settled in Australia very well, soon learnt English, and were liked by the Australian people. They were called 'The beautiful Balts'. Maybe you can say, that we have had Estonian backpackers stay with us. 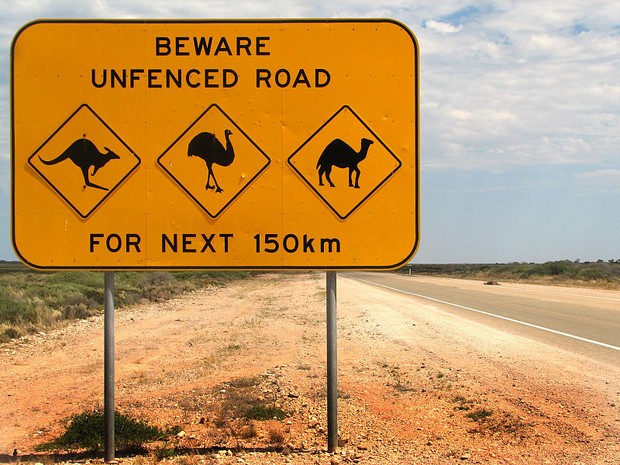 The great kangaroos are the largest living marsupials in the world and are found only in Australia. Like most marsupials, kangaroos give birth to small premature young. The "Joey"(baby) finds its way into the pouch and remains there for about 235 days. The largest are the red kangeroos, found in the open inland plain. The long, strong tail is used as a balance when hopping and as a prop when resting. Kangaroos are ground feeders eating various kinds of grasses and small plants. 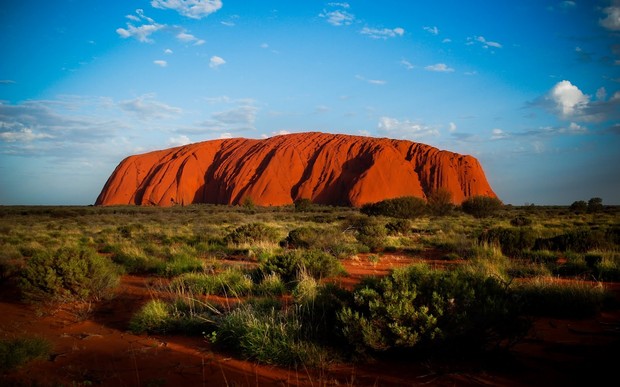 Uluru is better known as Ayers Rock; it named by William Gosse in 1873 after Sir Henry Ayers. Uluru is the Aboriginal and official name. The rock was created over some 600 million years, and the Aborigines have been in the area for the last 10,000 years. It originally sat at the bottom of a sea, but today stands 348m above ground. One of the most startling Uluru facts however, is that some 2.5kms of its bulk is underground. Uluru lies west of the Simpson Desert, not far from the ‘Red Centre’ of Australia, about 335kms southwest of Alice Springs (as the crow flies) and 463kms by road. Contrary to popular belief, it isn’t the biggest monolith in the world; Mount Augustus in Western Australia holds that title.

Raili is using Smore newsletters to spread the word online.