Kirstie is using Smore newsletters to spread the word online.

Get email updates from Kirstie:

Yesterday I Had the Blues

Yesterday I Had the Blues 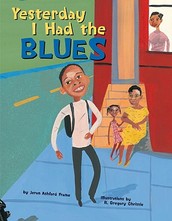 This read aloud presentation will be directed towards fifth graders. The author of the book is Jeron Ashford Frame and illustrations were done by R. Gregory Christie. The book is about a young African American boy who uses poetic writing to create powerful images about his feelings and his families feelings. The book doesn’t display specific African American customs but it does use language that is related to the African American culture, such as, “make me want to catch the bus, or “make her act like the drapes.” This book doesn’t portray much information as far as the history of African Americans, however it gives us a glimpse of a contemporary view of a nuclear African American family, including poetic, and abstract examples of their feelings.

- * One key strength from the book that makes it culturally diverse is the use of a minority group as the main characters. Each member of the family takes his/her turn of describing how they feel through colors throughout the whole book.

- * Another multicultural strength found in this picture book is it’s invitation for reflection and critical analysis. Throughout the book each member of the main characters family describes their feelings through naming different colors, and then they describe why it matches how they’re feeling. This abstract use of description allows students to reflect on how they feel and the color they would use to describe their feelings. It also allows students to analyze and ask "why do I pick this color to describe my feelings."

- * One other key strength the book portrays is its demonstration of unique language and style. The book greatly portrays African American style and speech throughout the text

Questions to be asked. 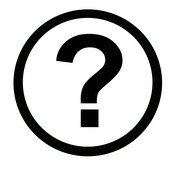 There will be questions asked before, during, and after the story is read.

Can anyone explain what poetry is? Does everyone know what he's talking about when he says he has the "blues?" What do you notice in the picture that may have cause the main character to have the "grays?" Does everybody know what drapes are? Why do you think the main character says "make her act like the drapes?" From the look on his mothers face what do you think it means to have the "reds?" Considering the three forms of poetry I talked about, can you think of the form that this poem would be considered? Can anyone explain why this is considered a lyrical poem? Can three people describe how they feel using a color? 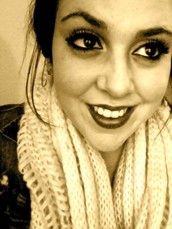 Why did I choose it?

* During my lesson I felt that the students were actively engaged and I was happy to see that all students were raising their hands and wanting to answer my questions. I felt that I succeeded in providing vocabulary that required critical thinking and analysis.

What would I do differently?

* Next time around I believe I would plan the timing for my lesson better. It ended up being a little short. I would also create a fun activity that would assess their knowledge of material as oppose to asking my own questions.

* Implementing multicultural children's literature that is culturally and linguistically diverse relative to my elementary students has helped me open my mind to books that express diversity and teach students to except different culture and learn new language that may help them in their future.

Kirstie is using Smore newsletters to spread the word online.