paul is using Smore newsletters to spread the word online.

Get email updates from paul:

Creature of the deep sea

Creature of the deep sea

The Dragon fish, is a ferocious predator who leave in the deep ocean of the world arround 1.5km deep.

dragonfish species are found in most oceans the world, the deep sea dragonfish is limited mainly to the North and Western Atlantic Ocean and the Gulf of Mexico. 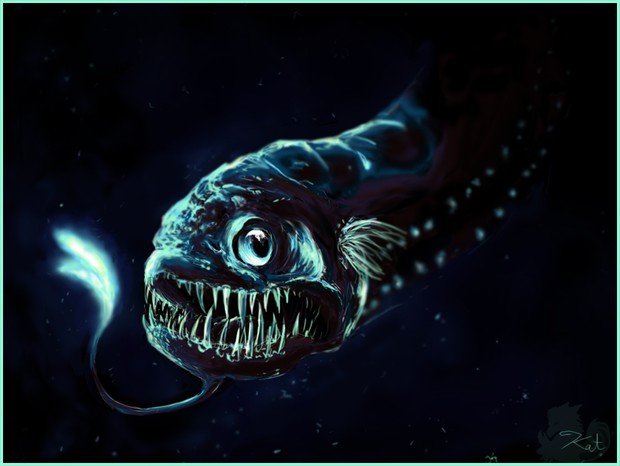 The deep sea dragonfish is one of the many species of deep sea fish that can produce its own light through a chemical process known as bioluminescence.

The dragonfish has a large head and mouth equipped with many sharp, fang-like teeth. It also has a long protrusion known as a barbel attached to its chin

The Dragonfish is a predator since no plant life grows at the depths where the Dragonfish lives. The Dragonfish feeds primarily on marine fish and deep sea invertebrates. It uses the photophores on its body and its barbell to attract its prey before it’s snapped up into their jaws.

The deep-sea dragonfish has a special characteristic from most of its fellow deep-sea creatures. Most deep sea fish that can produce light produce blue light, but the dragon fish can produce not only blue light but a red light as well. This red light is emitted from a suborbital photophore. In order to see this red color, these dragonfish have two different visual pigments. This characteristic is only found in three genera of dragonfish: Malacosteus, Aristostomias, and Pachystomias 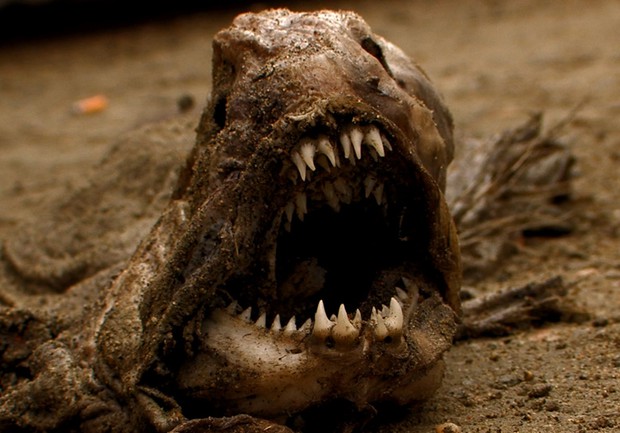 The wolf fish, found usually in the colder waters of the European area will generally live at depths of about 91m or more, and is viewed as one of the most unattractive fishes alive today.

They are ferocious in looks, being a dull gray color and have very long cylindrical teeth in jagged rows. The will hide in rock formations or crevices and lie in wait for other fish or crustaceans, and very often the area is littered with the shells of the prey that was a bit too slow.

The wolf fish teeth were made for crunching up thing like clams, crabs and sea urchins. They do not eat other fish. They are known to frequently eat large welks, cockles, chrysodomus, sea clams They are an important predator of sea urchins and green crabs, whose populations escalate rapidly and can negatively affect the health of a marine system.

paul is using Smore newsletters to spread the word online.

Follow paul maziller
Contact paul maziller
Embed code is for website/blog and not email. To embed your newsletter in a Mass Notification System, click HERE to see how or reach out to support@smore.com
close