Firstly, on behalf of all of the British Primary Section, I would like to wish you a restful and enjoyable Chinese New Year. Even though the time between Christmas break and Chinese New Year is relatively short, much has been achieved at the British Section.

I would like to thank all who attended the Vocal Concert with Emma Burt last Friday evening. This was a tremendous success, and all who performed - students, teachers and parents, should be very proud. Your contribution made the event even more special. It was wonderful speaking to the community in the atrium after the event, and hearing the praise which was bestowed on all of the performers. Again, without the tremendous support from the music department, and the expertise from Ms Emma Burt, this would not have been possible.

Following on, Dewi Hughes, professional voice coach has been working with our students and staff this week. He has been delivering some great workshops; showcasing the power and impact of the voice, and how this can have a positive or detrimental impact on performance and communication. It is essential that all our students develop strong and confident communication skills, a benefit as they progress through the school, and into the competitive world of work!

Finally, I would like to express my sincere gratitude to the Chinese Language Department for ensuring that the Chinese New Year Celebrations were a success. Not only is Chinese language and culture incredibly important to us, but again, seeing the various performances from our students and staff further made this an extra special occasion, and further makes me proud to be at TES!

Please click the above button for the changes of this year's academic calendar. 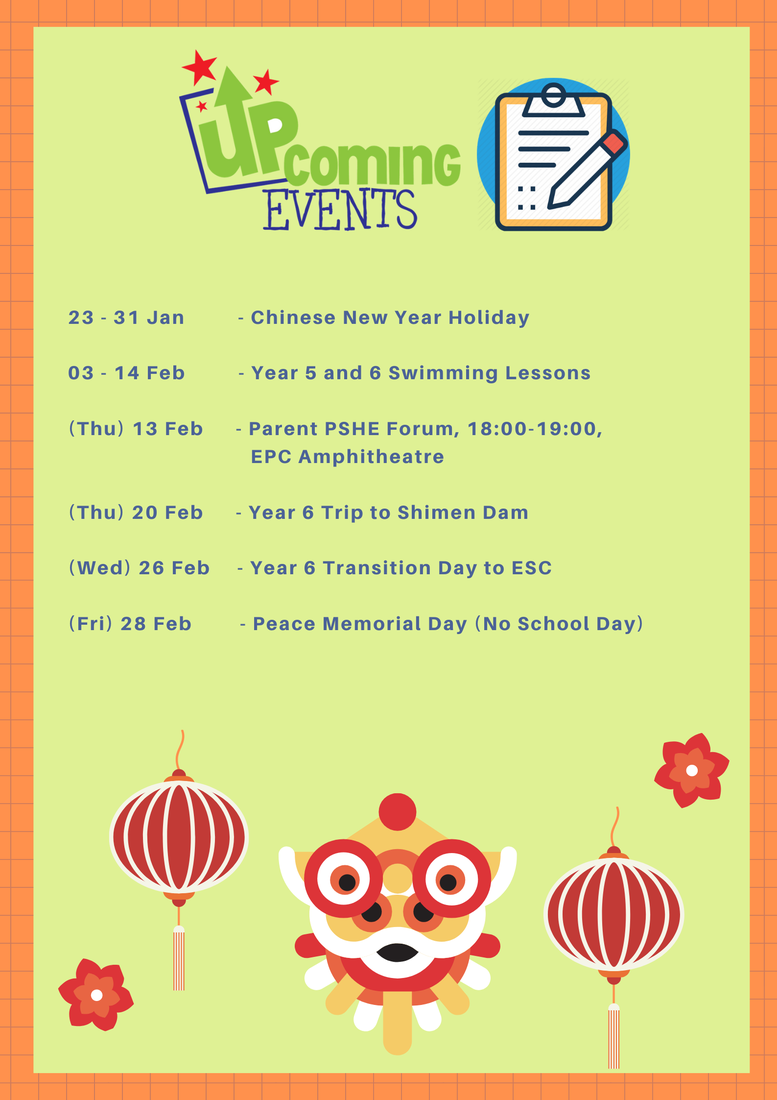 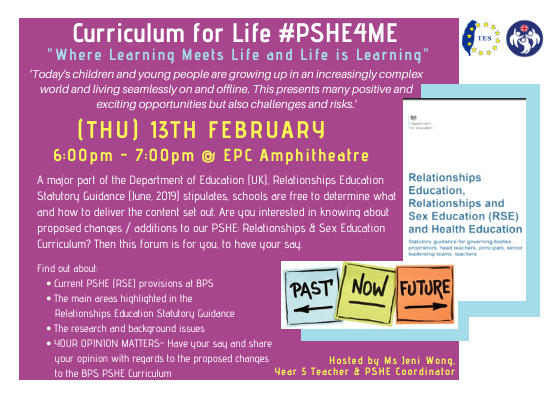 Please click the above button for the workshop schedule.

Happy Chinese New Year! This is the Year of the Rat.

Thank you for supporting Chinese programme over the years. Each year, we celebrate the Chinese New Year with student performances organized by our CLC team. This year, we enjoyed a Chinese “Kung Fu” fan dance, a lion dance, a Chinese drum performance, a Taiwanese aboriginal dance and a pom pom dance! All the students enjoyed learning more about Chinese culture.

On behalf of the CLC team, we congratulate you on the arrival of the new year, and extend to you best wishes for your perfect health and happy new year! 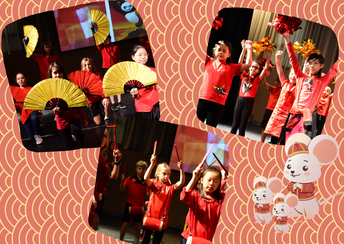 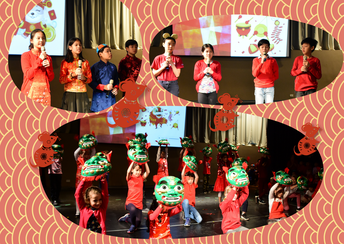 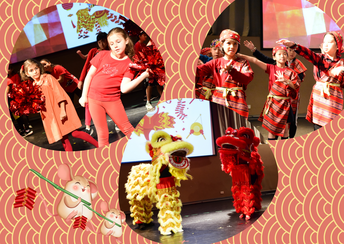 This year saw over 60 children trying out for the ‘Primary FOBISIA Games 2020 Squad’! This is an international competition held in May/June in Phuket, Thailand and is open to children from ALL three sections: British, French and German.

All children were enthused and brave enough to put themselves forward for the try-outs. Children were observed and put to the test in the various aspects of the following sports: football, swimming, athletics and tee-ball. In each area, all the children displayed their best talents and definitely gave their best efforts!

The competition between all the children was enthusiastic and competitive yet friendly.

The final decision was made by taking into account each child’s overall performance in the sports above, together with how best their skills could contribute to the squad as a whole.

In addition, each child’s attitude, diligence and commitment displayed during the selection process were also considered.

In my eyes, each boy and girl who made the effort to get into the team is a WINNER!

I say this because they have made the choice to become more involved in sport, which will hopefully continue and result in a healthier and more active lifestyle as they grow and mature. They can certainly all be classed as TES ‘Adventurers’ for being courageous enough to try out!

Of course, every child hoped to make the team, but sadly there are only places for 10 boys and 10 girls in both Year 5 and Year 6, making a total of 40 children.

The team was announced on Monday, and the 40 selected children were most gracious in their success. Happy, of course, to be in the team but also well aware of their social responsibility to support and care for their friends that just missed out this year!

Those children not making the team this year maintained a brave face and accepted the decision with dignity. They also took some comfort in knowing that they can try out again next year, whether it be in Year 6 or in Year 7.

For their tremendous effort over the trial period, each child received a certificate in recognition of their valued participation.

In conclusion, CONGRATULATIONS to all the children making the team this year and condolences to those narrowly missing out!

Team training starts immediately after the CNY Holidays with swimming on the first Friday, with full training commencing the following week.

Many thanks to Mr Milner, Mrs Chow, Miss McAdams and Mr Stracey, for their help through the tryout period! 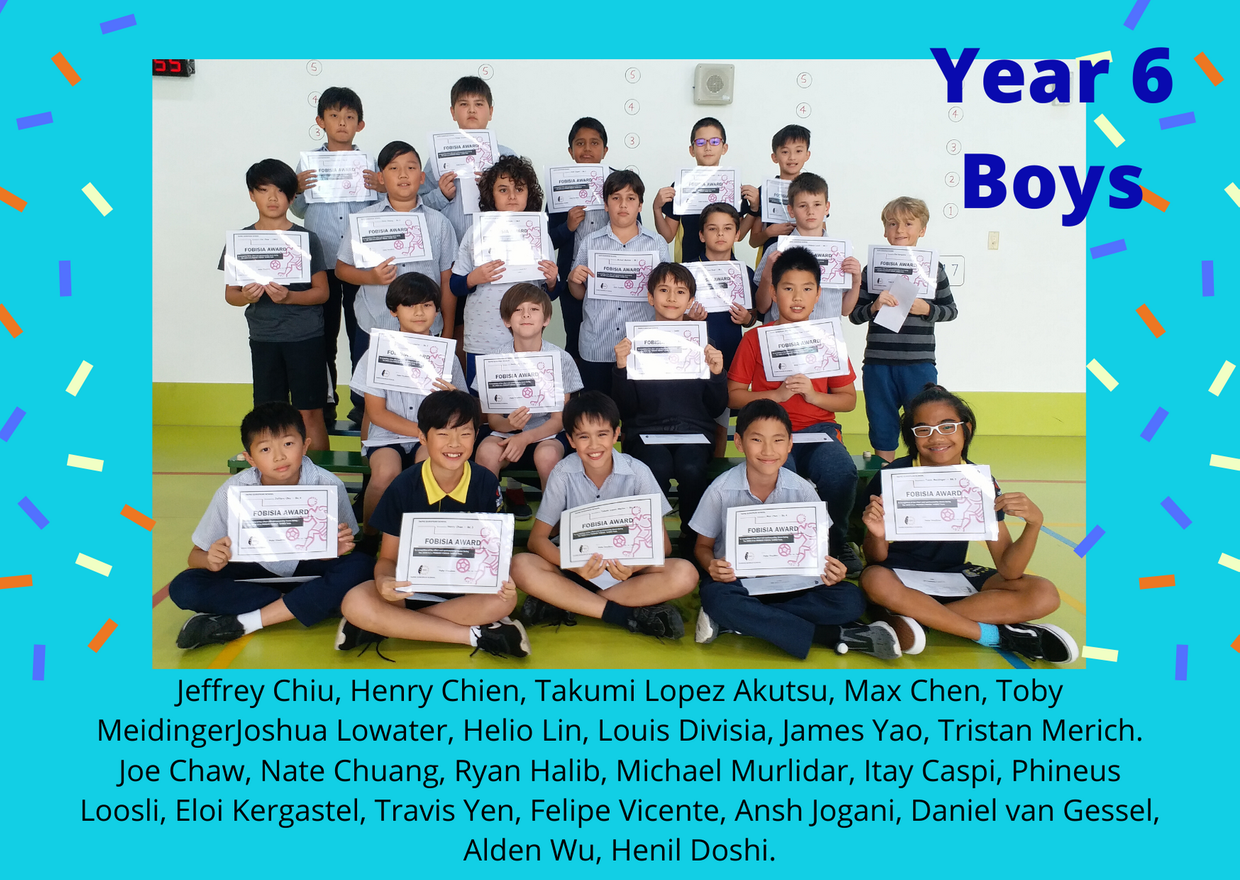 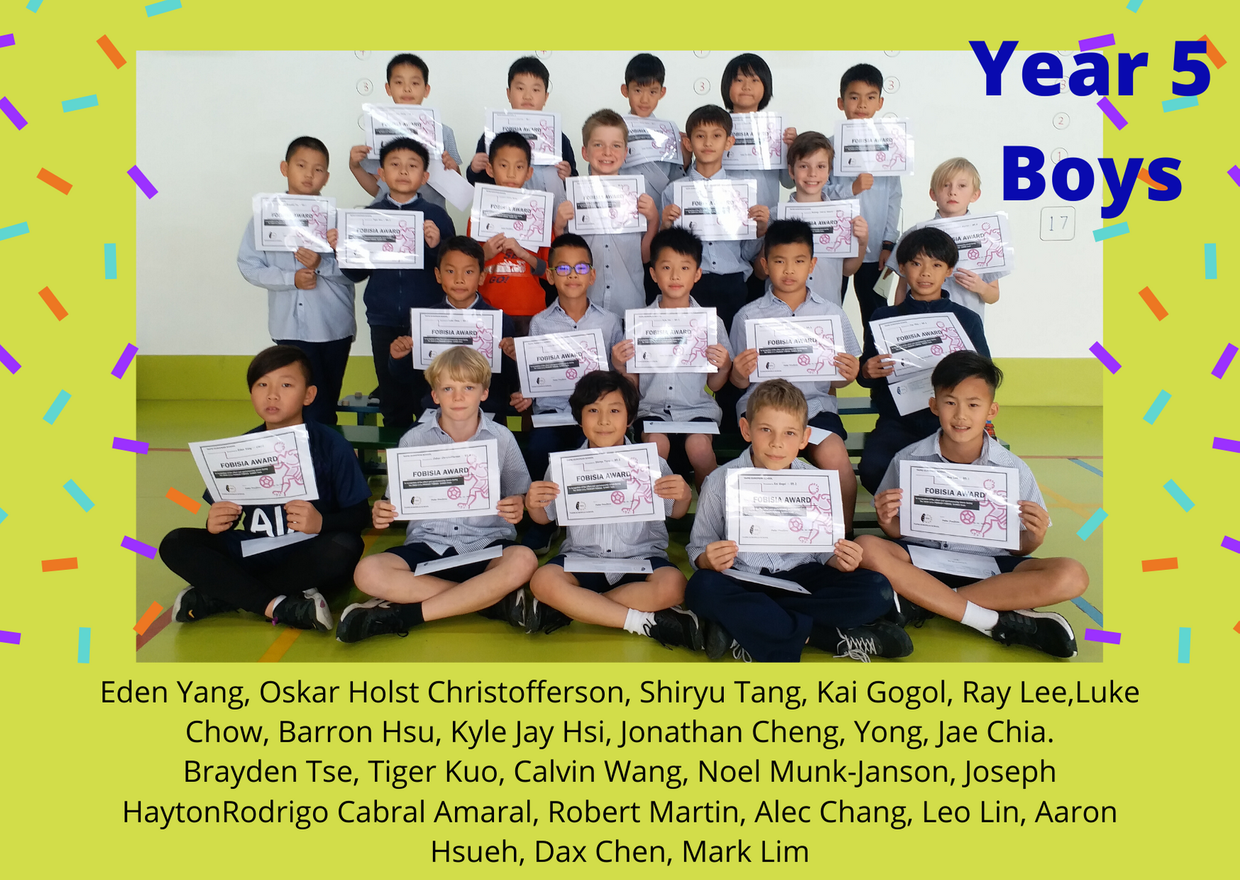 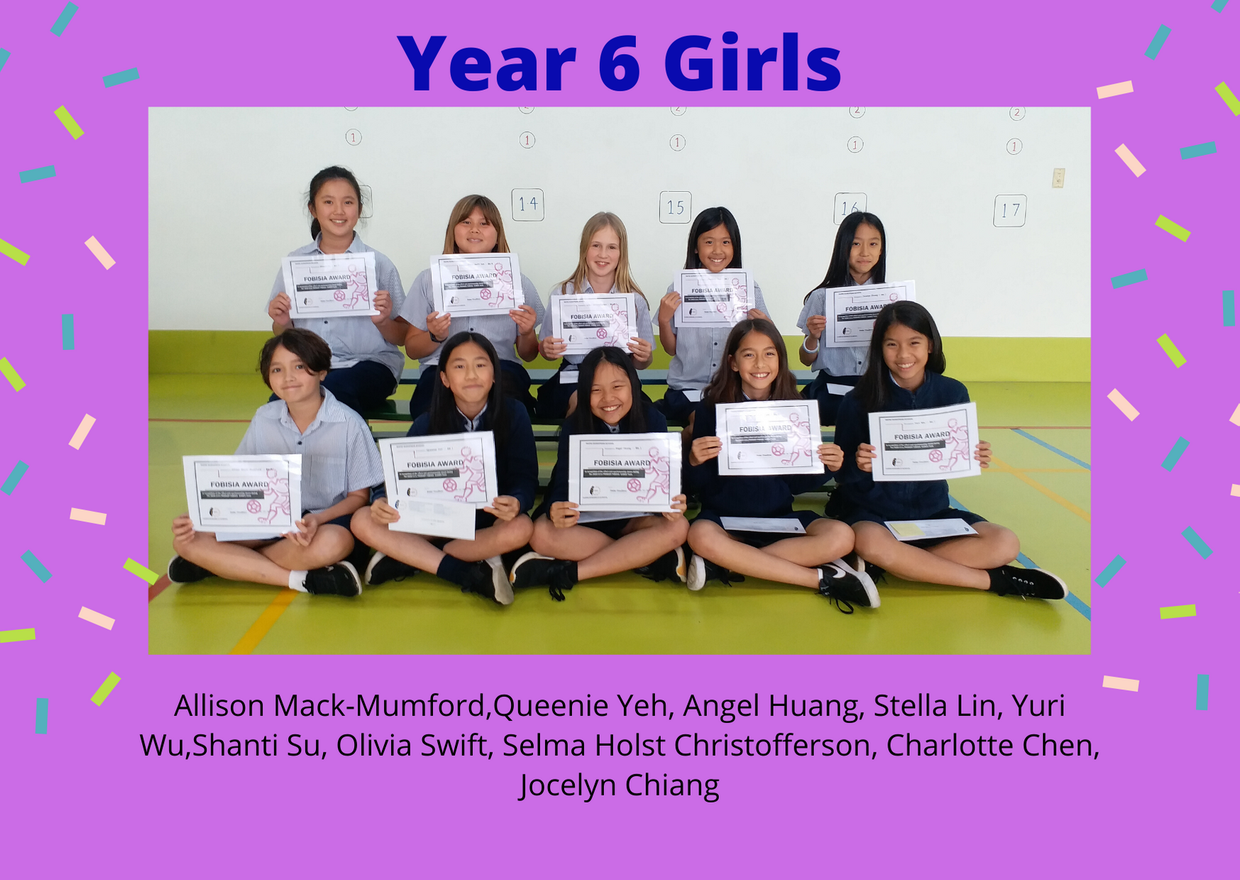 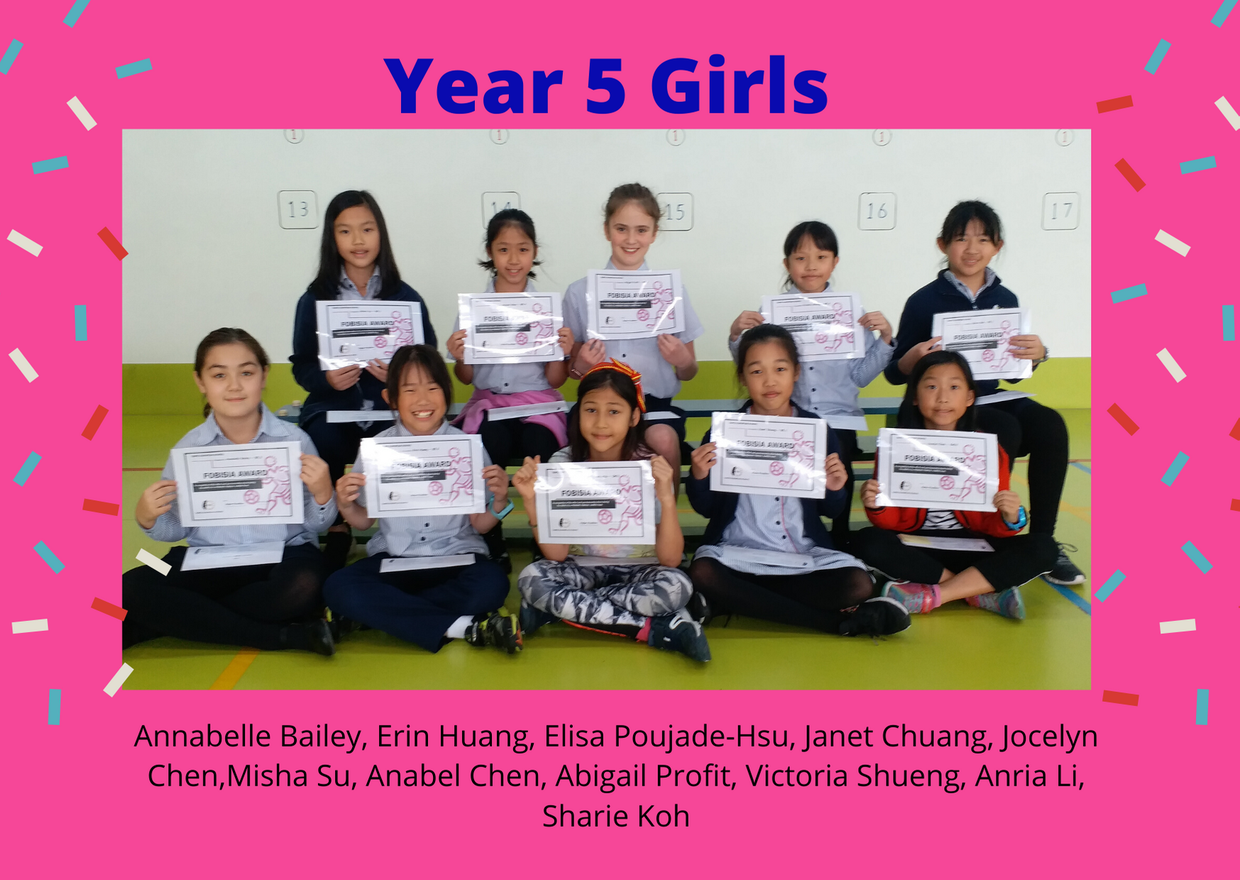 Last Friday we had a lovely concert with students from Year 1 to High School and Ms Emma Burt. A variety of songs were sung by our singers. Ms. Emma Burt performed an outstanding opera piece and different songs with our ESC and Upper Choir. It was also the first time we had our joint choirs with parents singing together. Lower and Upper choirs had a great time practising with their parents. For those who were unable to attend, please enjoy the concert video from the below link.
Vocal Concert 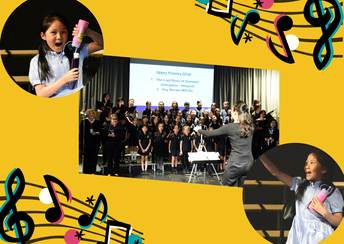 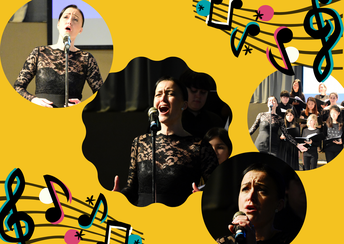 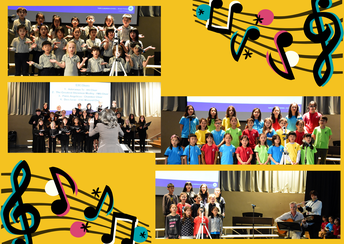 We always strive to provide the best learning opportunities and Monday saw us able to bring in the voice coach specialist Mr. Dewi Hughes. Mr. Hughes has worked as Voice Coach and Accent Coach on a number of theatre productions, including international tours and shows on London's West End. Prior to his work with the Studio, he has taught at London Academy of Music and is currently Head of Voice at Drama studio London.

In the morning, he was able to work 1-1 with every Year 6 class on their Shakespeare text where he had them up and on their feet, developing their vocabulary banks and performance speech. After lunch, he worked with this years Scholar's cup team, coaching them on delivering powerful speeches.

At the end of the day, it was the turn of our staff to receive tips and tricks on teacher voice as well as the importance of maintaining and recognising the value of our voices in school. All in all, a great experience for everyone, having impact on many people. 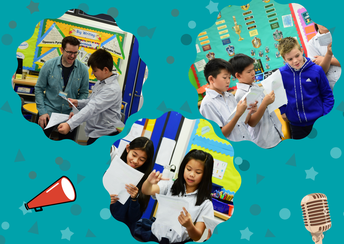 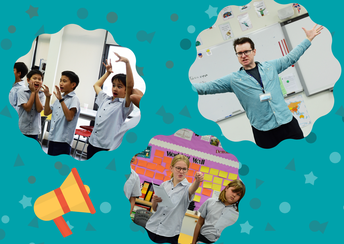 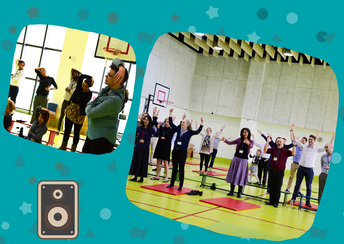 Job-Alike workshops are hosted by various FOBISIA (The Federation of British International Schools in Asia) schools and embody the spirit of sharing of good practices, collaboration, and developing new ideas. This was precisely the outcome of our Chinese Language JAWS. Not all children learn in the same way and may have very different learning needs or face other challenges in being able to access the Chinese language. Similarly, other children need to be stretched and challenged. This involves differentiating content, support, or outcome when it comes to teaching and learning Chinese, and that was exactly the focus of this JAWS: Effective Differentiation in Chinese Language Teaching and Learning.

Delegates were given the opportunity of not only touring our wonderful Primary campus, but more importantly, observing our CLC programme in action in the classroom by observing a number of Year 4 Chinese lessons. This served as an easy warm-up for the workshops that were to follow for the rest of the session. Comments from delegates were very encouraging for both our school and our CLC provision.

It is expected that those who participate in a JAWS actively contribute to discussion and run workshops. Interactive and inspiring workshops were run by a number of delegates at our Chinese Language JAWS. To name but a few of these workshops: Activity Design for Differentiated Instruction: Focus on Secondary Learners; Considerations and Strategies needed when Planning a lesson/unit/topic; Tiered Instruction in Mixed-Ability Classrooms. A number of our CLC teachers presented workshops over the course of this two day event and did us proud. The benefits delegates gained were significant. New insights were gained around differentiated learning in the classroom; formative assessment, and effective groupings to facilitate learning.

This JAWS was the start of not only collaborating on a Chinese JAWS event; but also the start of valuable friendships and collaborative opportunities going forward. Everyone took something valuable from their time together and left eager to trial something new in their practice. 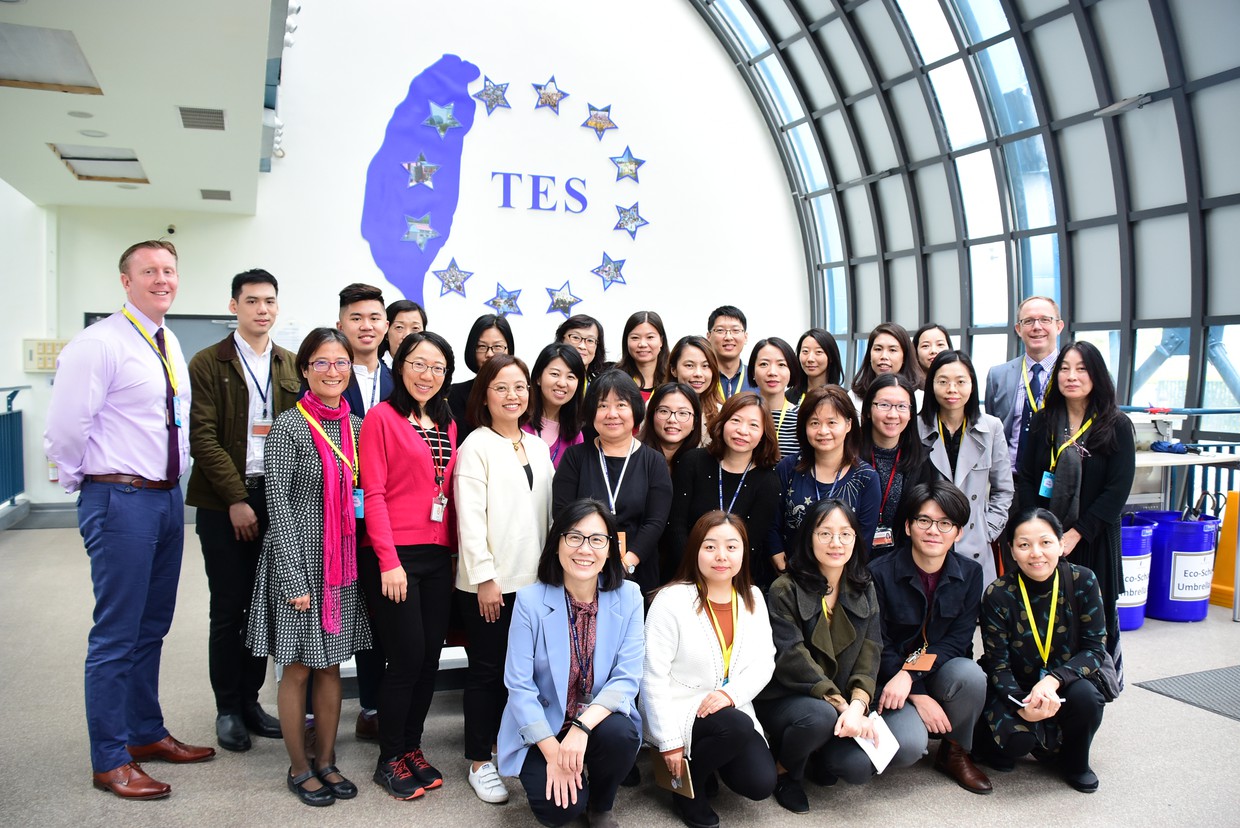 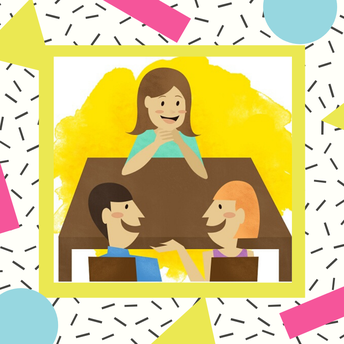 Please see the arrangements for the BPS Parent Consultations which will be taking place in March.

British Section Specialists are available (no class teachers) to meet parents during this time until 3.30pm.

All class teachers and specialist teachers will be available until 7.30pm.

Booking slots will be made available soon 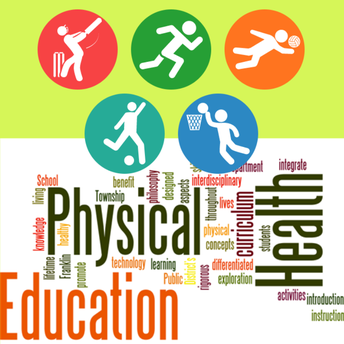 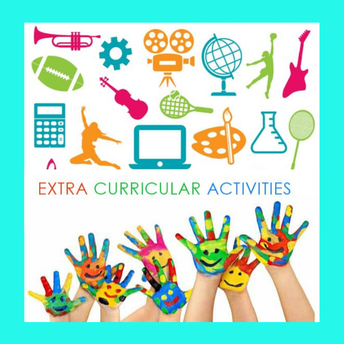 As has been communicated, apart from music and FOBISIA Training Sports, our ECA programmes will not resume in full until after the Chinese New Year, starting from the week of 10th February. 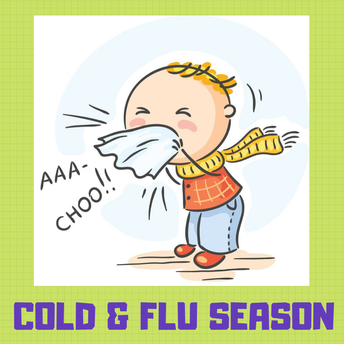 Influenza Type A and B cases

Regarding Influenza Type A and B, there continues to be a few cases reported recently. The children concerned have been to the doctor and are resting at home.

We are advising parents to observe their children closely, so that, should they have flu-like symptoms, they are referred to their local doctor and take the appropriate rest and medicine required to ensure the child’s swift recovery. Also, parents being alert will prevent this illness from being passed to other students in the school.

If a doctor confirms your child has either strain of Influenza, you must inform the school of this condition and the child must not return to school for at least one week from initial diagnosis.

You will find the information below useful (as per the TES website “Disease information pdf”) and we will keep you informed of any developments.

Influenza (flu) is a contagious respiratory illness caused by influenza viruses. It is an acute viral infection that spreads easily from person to person in any age group and that can cause serious complications in certain risk groups.

The best way to prevent the flu is by getting vaccinated each year.

The teaching staff has been made aware of this situation and will be asking students to wash their hands regularly as well as paying special attention to the general health situation of the children in their care.

I would like to take this opportunity to thank all our parents for their continuing cooperation and understanding in this matter.

If you have any further questions or queries regarding this issue please do not hesitate to contact the school nurses.

Last week, the BP-PTA had their monthly meeting. Mr. Chaeter talked about TES uniform policy, the recruitment process, and new safe guarding posters. As a special guest, Mr Gamble introduced TES technology vision for students and teachers. We got an insight view of promising plans, how to implement technology into students, lives to enhance their learning.

Within our team, we talked about the process of the filtered drinking water system installation at EPC and other student service related topics. Also I updated BP-PTA financial status and announced upcoming events, such as the CNY bake sale, EPC - sports day, and TES - Gala.

I wish you a lovely Chinese New Year!

Please click the above button for the meeting minutes. Thank you 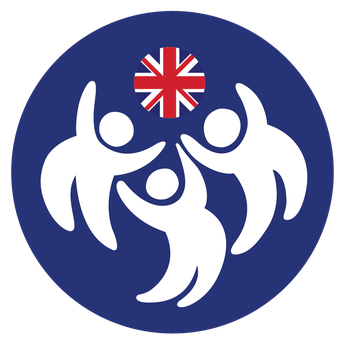