Nellie McClung is a very famous Canadian women because she stood up for women rights in Canada. She joined groups to get rid of sweat shops and to get women the right to vote. Nellie McClung started to fight for womens right in 1911 and they ended up getting them in 1927. With the help of four other women who where fighting for women's rights the five of them where called the famous five. Overall, Nellie McClung was an extraordinary women who never gave up in her dream of equality. 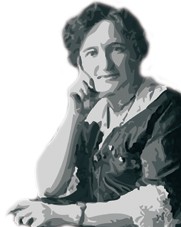 What a hero is

A real hero is brave and doesn't give up. They keep fighting no matter what. Some people think that all heroes are supernatural and have impossible ability's but I think anyone has the potential to be a hero. Even though everyone has the potential very few people become a true hero. It takes a lot of courage to be a hero. All I know is heroes can't just be anyone, they have to earn it.