Get email updates from Abbie:

Boxer is a hard worker...

'I will work harder."

This quote is said by Boxer several times throughout the book.

"Working for a Living" by Huey Lewis and the News

The song "Working for a Living" by Huey Lewis and the news applies to Boxer's work mentality. The speaker of the song talks about how he'll be working until the day he dies, which is the attitude Boxer took on, even though he one day hoped for retirement. The speaker also mentions a raise that he is supposed to get, and this is much how Boxer and the other animals felt about the "raises" in rations that they were often promised. The chorus also states, "I'm taking what they giving, cause I'm working for a living." In Animal Farm, the animals didn't have much choice other than to do exactly what the pigs told them in order to get their rations, and maybe their reward of retirement.
Huey Lewis And The News - Workin' For A Livin'

One of the themes of Animal Farm is that power corrupts. This theme is evident in the character Napoleon. Blah, blah, blah...

The Battle of the Windmill was an important scene in Animal Farm... 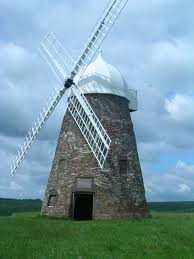 The song "Beasts of England" is an important symbol in the novel...