Get email updates from cole:

the sudden deaths of Romeo and Juliet

the sudden deaths of Romeo and Juliet

who is really to blame for romeo and juliet death's

Tybalt is responsible for the deaths of Romeo and Juliet. without Tybalt the Capulet's would not have been depressed and married Juliet. If Tybalt did not kill Mercutio, Romeo would not had killed Tybalt and make the family depressed. He is a known for being hot headed towards others like at the party, "This, by his voice should be a Montague. Fetch me my rapier, boy...”(1.5.52-53). After Tybalt heard Romeo's voice, he wanted to kill him just because he was at a Capulet party. Because of Tybalt's hotheadedness, Tybalt challenged Romeo to a duel, but he found Mercutio first. This caused their deaths because he was too hot headed and killed Mercutio which made Romeo kill Tybalt for killing his friend. Due to this Romeo was banished and the Capulets became depressed over Tybalt's death. The Capulet's planned to make Juliet happy by having her marry Paris. Tybalt was the cause of death. Because of his arrogance, he speeds up the process of juliet getting married. Instead of Capulet allowing Juliet to “wait two more years before he thinks of marrying her,” Capulet forces her to marry that Thursday (3.5.112).

this means that they could not have lived in secret love, slowly telling their parents , but Tybalt sped up the process by his death. This made the couple go to desperate measures, which is why Tybalt is to blame for Romeo and Juliet's deaths. 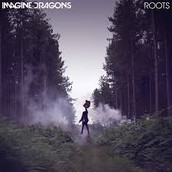 this is the song i back up my clam with

the look a likes

the song roots relates to my argument because it is talking about going back to your roots. tybalt has deep roots with rage for the Monique's. each time he sees them he wants to fight. he can resist it but he "go back to my roots". he will even go as far as to kill the prince. he will be redirected if he gos back to his root's
The Boy in the Striped Pajamas Trailer (HQ!) 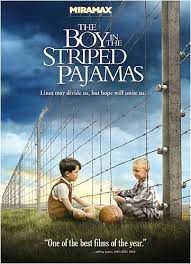 the boy in striped pajamas

The Boy in the Striped Pajamas and Romeo and Juliet are similar because someone's anger causes them to lose something dear to them. In the movie The Boy in the Striped Pajamas, the father lost his son because of his anger. The father was in charge of a holocaust where he was killing Jews because he didn't really like them. The holocaust was slowly killing the Jews. The dad had set up an extermination camp in order to get rid of the Jews. His son was caught in the middle and died. He became friends with another boy on the inside of the fence, who was Jew. When they were playing together, both boys were forced towards a gas chamber. Just like Tybalt's anger, the father's anger killed all of the Jews with his son. Tybalt was killed because he was arrogant and hotheaded. He ends up killing someone, and he was killed for doing it: "Romeo slew him, but he slew Mercutio" (3.1.180). Because of Tybalt's death, the family lost something dear to them, just as the dad in The Boy in The Striped Pajamas lost his son.