The war was fount between Britain and America. They were fighting over trade issues, maritime rights, and territory expansion. The war started in June 18 ,1812. It lasted till February 18, 1815. They were fighting in the central and Eastern part of America. America was fighting because they wanted to get Canada and make it part of the states.

The Causes and Effects 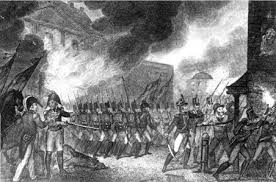 Specific events that happened during the war