Karsen is using Smore newsletters to spread the word online.

Get email updates from Karsen:

Belly Up by Stewart Gibbs

This book is about a hippo who lives in a zoo, and dies....

Belly Up by Stewart Gibbs

This book is about a hippo who lives in a zoo, and dies.... 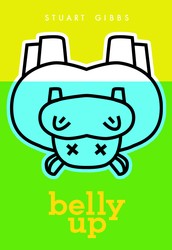 Spokesmodel of Fun Jungle is dead!

Teddy grew up in Africa, so he knew all things animals. His parents were offered a job at Fun Jungle theme park in Texas. This was a zoo but also had restaurants, rides, and everything was as perfect as perfect gets. Caves that looked like real caves, different levels on every exhibit, and had more animals than any other zoo in the world. The star of the whole zoo was Henry the Hippo. He did not have a very good reputation because he loved to bite people and shoot poop at the tourists. But when he turns up dead, the whole country is shocked. Teddy snuck into the autopsy of Henry and found out that the doctor thinks he was murdered. So Teddy starts to investigate. Was Henry really murdered? Find out if Teddy unlocks the secrets.

Henry had lots of enemies. He was a very cranky hippo who worked in a circus before. Lots of people have motive to kill him. 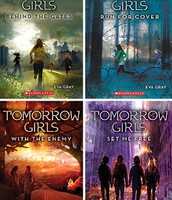 Another book I have read like this is Tomorrow Girls. It is a short series about 4 girls whose lives are turned upside down when they realize the boarding school they attend is run by a corporation that is trying to take over the country. They try to solve the mysteries and secrets the corporation is hiding.

Be careful of what you get yourself into. If you get too deep you could get in trouble. These unfolded because Teddy was then blamed for the murder. You could also get yourself in danger. People found out Teddy was investigating and tried to hurt Teddy.

"He wants to build the worlds most profitable zoo." J.J. McCracken was planning on putting rides through exhibits. He wasn't trying to build a good zoo. He wanted a profitable zoo that would make him money. 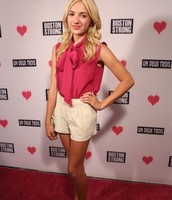 Summer McCracken is a 13 year old girl who is very famous. Her father owns the park. She always wears pink as a trademark. She starts out sounding like a rich kid, but she turns out to be an actually cool funny girl. She doesn't like paparazzi at all.

I relate to the main character Teddy. He is a very curious character and wants to know everything. He is a little nosy at times. I can relate to that....

Summer McCracken reminds me of a person in Tomorrow girls. It is one of the girls who's father is famous. Her name is Evelyn. Summers dad is also famous. They both get a lot of people bombarding them wanting autographs.

Karsen is using Smore newsletters to spread the word online.