Diamond is using Smore newsletters to spread the word online.

Get email updates from Diamond:

Memorable quote: "Educate and inform the whole mass of the people. They are the only reliance for the preservation of our liberty." - Thomas Jefferson

Summary: it all started when Thomas Jefferson was inaugurated as President of the United States, he was the third president, after 36 times of voting Jefferson was elected president. he succeeded by limiting the size of the government by reducing taxes and the national debt. He made a military academy, he also developed a plan to protect the us ports from foreign invasion. Thomas Jefferson was a Democratic Republican. He also did the Louisiana purchase.

The Embargo act happend in 1807. It laid an embargo on all ships and vessels under us jurisdiction. The goal of the Embargo act was to force the Britain and France to respect American rights while the Napoleonic Wars, but the act did not stop imports. The US merchant marine had suffered from both the British and the French.

Marbury VS Madison was a landmark United States supreme court case. The court formed the basis for the exercise of Judicial Review under article III of the constitution. In Marbury VS Madison the supreme court said for the first time that a court may declare an act in congress. William Marbury had been appointed the justice of peace for the District Of Columbia.

The united states purchased approximately 828,000,000 square miles of territory from France. doubling the size of the young republic. It was the greatest land bargain in US history. The purchase doubled the size of the United States history and it also strengthened the country material. 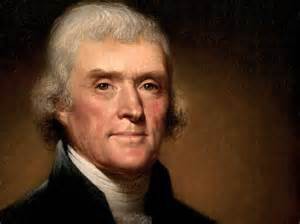 Diamond is using Smore newsletters to spread the word online.