Roland is using Smore newsletters to spread the word online.

Get email updates from Roland:

The Grapes Of Wrath

The Grapes Of Wrath

John Steinbeck's The Grape's Of Wrath is set in the 1930's during America's Great Depression. The story centers around the hardships of the Joad family as they travel to California after being evicted from their Oklahoma tenant farm due to the Dust bowl ruining their crops. 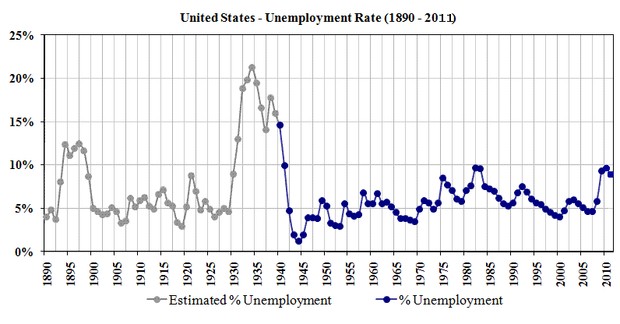 "Once over the line maybe you can pick cotton in the fall. Maybe you can go on relief. Why don't you go on west to California? There's work there, and it never gets cold. Why, you can reach out anywhere and pick an orange. Why there's always some kind of crop to work in. Why don't you go there?" The Grapes of Wrath (Chapter 5)

In Grapes of Wrath, the Joad family have difficulty in finding sustainable jobs because opportunities are limited and very rare in the unwelcoming environment of 1930 California. Today, many Americans struggle to find jobs due to outsourcing to China and other countries.

The Joad family were skilled at their trade of farming, but it did not help them as much on their way to California. People who have a wide variety of skills are able to find jobs easier than those who focus on a single skill that may become obsolete in the future.

Since the beginning of Grapes of Wrath, the Joad family has tussled with the upper class greed. The “faceless monster” of the bank evicts the Joads from their tenant farm land. Today the chasm between the destitute and wealthy has grown even vaster. Everyday the number of people relying on welfare in America grows higher.

"The bank is something more than men, I tell you. It's the monster. Men made it, but they can't control it."
The Grapes of Wrath (Chapter 5)

Roland is using Smore newsletters to spread the word online.