Single-tasking Is the New Multitasking

I was successful for about 8 minutes until instant messenger when crazy with questions and I had to open tabs to find answers! But I like the idea of single tasking and doing one thing well, being in the present. The video offers some great ideas, but it's difficult to stop multitasking.

If you haven't had a moment to check out the new webpage, here are links to them below. Kids are using them to access their databases for research and Destiny for materials, resources, and citations.

New things are being added all the time! Bookmark the links for quick access, or you can access directly by going to the district webpage / school / library media center tabs.

Challenger Deep is an astonishing artistic achievement. In high school student Caden Bosch, Neal Shusterman has created a young hero who finds a way not just to navigate his own schizophrenic breakdown but to ease the struggles of his fellow patients. Poetic, compassionate, and thrillingly inventive, Challenger Deep affirms the power of narrative to describe the indescribable and enlighten us all.

Caden Bosch is on a galleon that's headed for the deepest point on Earth: Challenger Deep, the southern part of the Marianas Trench. Bosch is a brilliant high school student whose friends are starting to notice his odd behavior. He is designated the ship's artist in residence to document the journey with images. Bosch pretends to join the school track team but spends his days walking for miles, absorbed by the thoughts in his head. He is split between his allegiance to the captain and the allure of mutiny. He is torn. He is dealing with schizophrenia... and as fantasy and paranoia begin to take over, his parents have only one choice left.

Neal Shusterman is the New York Times bestselling and award-winning author of Bruiser, which was a Cooperative Children’s Book Center (CCBC) choice, a YALSA Popular Paperbacks for Young Adults pick, and was on twelve state lists; The Schwa Was Here; and the UnWind series, among many other books. He lives in California with his four children.

In case you haven’t been paying attention, computer science skills are vastly becoming some of the most in-demand skills of the twenty-first century. In fact, some call it a new “superpower.”

But there’s a problem. There are approximately 587,000 computing jobs nationwide, which is growing at 2x the national average, but only about 38,000 computer science students graduated into the workforce this year. The U.S. Bureau of Labor Statistics predicts that by the year 2020, there will be one million more computer science jobs than graduates prepared for these jobs.

Computer science is a primary driver of the U.S. economy, yet it does not play a significant role in K-12 education. Did you know that only 27 states allow students to count computer science courses toward high school graduation? But there’s a way schools can help–by getting involved in Computer Science Education Week (CSEdWeek).

CSEdWeek and The Hour of Code arrive December 7-13th, and this annual event is bigger than ever. Below, you will find a resource guide for CSEdWeek and Hour of Code, in order to help all of you K-12 educators bring coding into the classroom.

What is Computer Science Education Week (CSEdWeek) and The Hour of Code?

Computer Science Education Week or CSEdWeek is an annual program designed to inspire K-12 students to take an interest in computer science. The program was originated by the Computing in the Core coalition, Code.org, and is supported by partners and educators worldwide. The philosophy is simple but significant: every student deserves the opportunity to learn computer science.

Hour of Code is a global movement in over 180 countries, and is a quick way to introduce coding to students or anyone. Anyone can learn the basics of computer science in a fun and easy way! By spending as little as one hour, you can spark coding interest in your students with one-hour lesson plans, tutorials, interactives and games.

What would you like to try or use with students that day or week? This is a fun time to be bold and try something you've thought about but didn't have the time or occasion to follow through. Now's the time! Think of ways to make the learning in your classroom completely digital for a day (or more).

If I can assist in any way, let me know, it would be my pleasure. 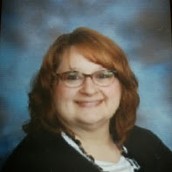 @sdsmReads
Library Media and Ed Tech Specialist
dknight@sdsm.k12.wi.su 414-766-5104 pickyreader.com
Embed code is for website/blog and not email. To embed your newsletter in a Mass Notification System, click HERE to see how or reach out to support@smore.com
close