Get email updates from Frankie:

Poverty on a Personal Level

Poverty on a Personal Level 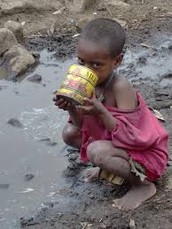 The living conditions of people in poverty are generally poor. Often, diseases such as AIDS and Malaria run rampant among the small communities. Basic necessities are lacking and there is little education about how to prevent them. There is not enough money to buy medicines to help cure the diseases.

Underdeveloped communities suffer from lack of food. Low incomes combined with little resources and technology do not allow for good harvests or the ability to import goods. Children often starve and develop diseases due to malnutrition. 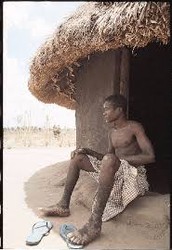 Places in extreme poverty are desperate for work. Most people either do not have a job or operate in poor working conditions for little pay. Despite the conditions, people in Bangladesh are just happy to have a source of income, unlike those in Malawi.

Although some people have the slightly better fortune to have decent jobs, such as the IT workers in India, people of the same area are forced to live in extreme amount of poverty. Even worse is the 1/6th of the world that lives with a high-income.

Hunger and disease always lead to death. People living in the poorest countries experience death on a regular basis and have a very short life expectancy. Children who see this undoubtedly begin to lack morale, as they know there is not much to look forward to.

www.raisingmalawi.org
Madonna and Michael Berg founded Raising Malawi to bring end to the extreme poverty and hardship of Malawi's 2,000,000 orphans and vulnerable children