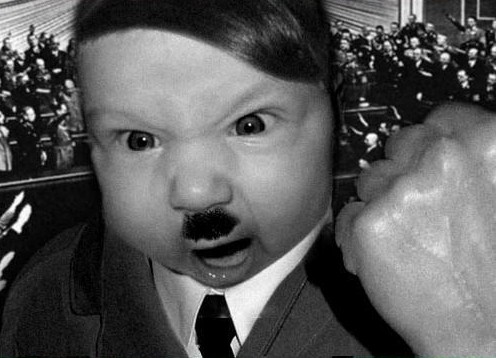 Hitler believed that the jews were responsible for all the money that Germany had to pay after world war 1. He also hated every race of people accept the white or "Arian" should be killed. He believed in survival of the fittest. He believed that all germans should be brought together in to something called Greater Germany. He believed that he should rule the world

Adolf Hitler was originally just a politician. Then after world war 1 he became head of the military. From there he created the nazi party. The nazi party was a political group. Then hitler was elected for President of Germany.

Adolf Hitler fought in world war 1. Then he started world war 2 because of his hate of jews. From there almost every country join the allies and fought against germany. By the end of the war germany had lost the war and Hitler committed suicide.

Follow Tyler Adrian
Contact Tyler Adrian
Embed code is for website/blog and not email. To embed your newsletter in a Mass Notification System, click HERE to see how or reach out to support@smore.com
close