summer is using Smore newsletters to spread the word online.

Get email updates from summer:

Are the canals in Venice sinking?

Venice is located in Italy

Are the canals in Venice sinking?

Venice is located in Italy

How will Venice cope in the future?

The city has been filled with water and until recently, these (high water) were near the sinking rate. And it is when the high tide is above where the whole area of the city is covered. There flooding chance is standing in at different levels. People think Venice will probably flood in the next 20 years from climate change and sea level rising a little over some buildings. Making them flood over the whole city. Experts warn that the city may flood an additional 8 inches in the next 10 years and could possibly flood in 2025.

How does the sea level rise effect the people?

This effects the people a lot, because they have their daily lives to do like, go to work and other things. So sea level rise is beginning to be an even bigger problem for the people to walk around the city and get things they need to get done. But sea level rise and sinking makes it harder to live in Venice. And the people that live there are worried that their houses will get flooded and supplies go down from flood.

Litter is a very big issue in Venice, litter is normally in the gondolas, kayaks and in more ways of transportation. Also litter is also found in the waters of Venice and lagoons, And can be washed up on the canals or near small house or buildings on the street .Most of the it that is found is normally not disposed in the right way, then are usually taken by tide into the lagoon or sometimes birds try to peck at the litter. 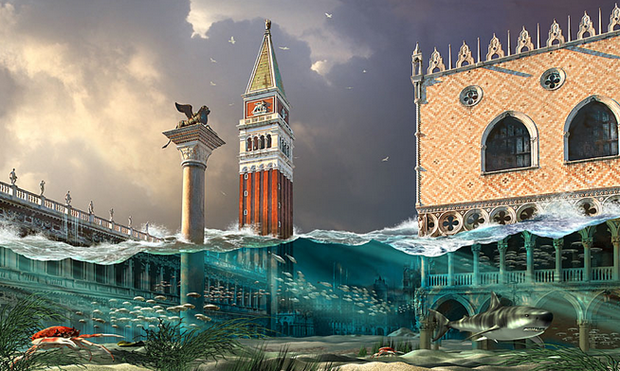 .Venice is made up of 118 tiny islands

.over 15 million visitors visit every year

.Venice originated in the mid 400s

summer is using Smore newsletters to spread the word online.